“The Goat Simulator is more popular than any other game we’ve made,” says developer Armin Ibrisagic. “It’s not even done yet.” A short video preview for Goat Simulator went online this week. It shows a goat careening through town, knocking stuff over and getting creamed by cars. The game is a rough draft, clearly working […] 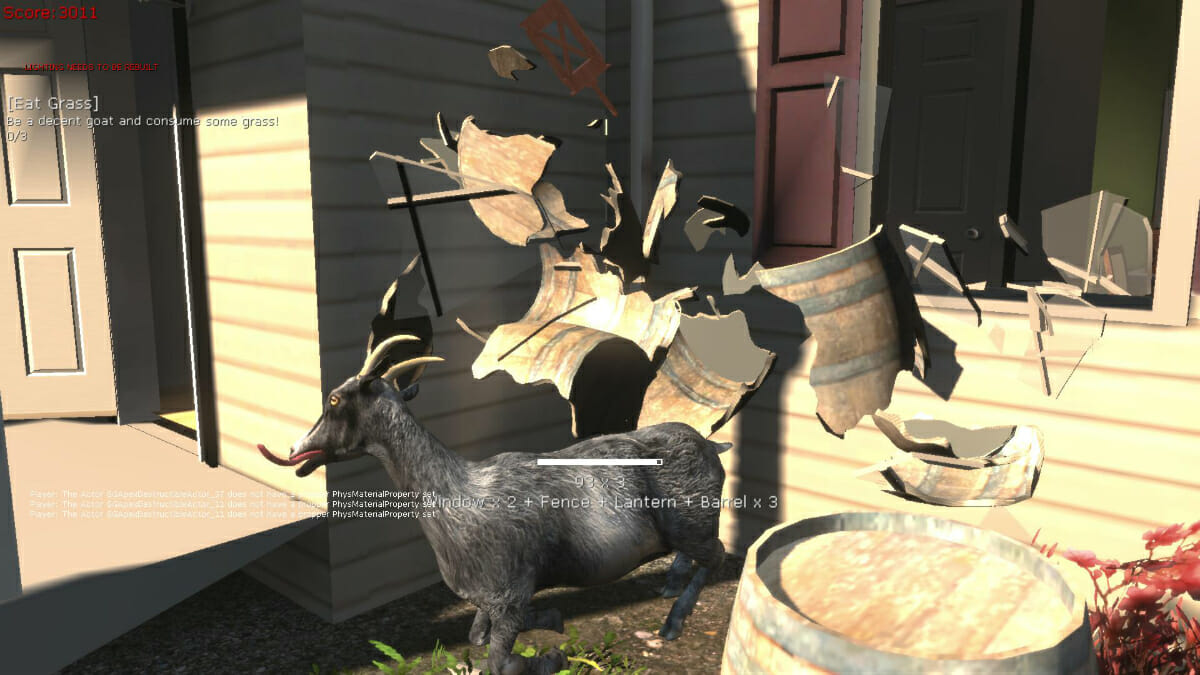 “The Goat Simulator is more popular than any other game we’ve made,” says developer Armin Ibrisagic. “It’s not even done yet.”

A short video preview for Goat Simulator went online this week. It shows a goat careening through town, knocking stuff over and getting creamed by cars. The game is a rough draft, clearly working out the rough edges (e.g., the goat’s pixellated neck hangs limply while it climbs ladders — also the goat can climb ladders). 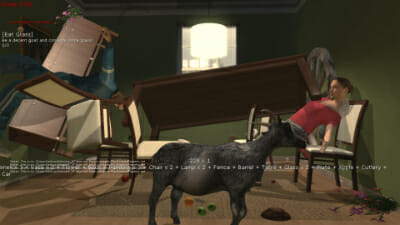 Yet since it was released on Monday, the video earned well over a million views — more than all other Coffee Stain videos combined. It’s been covered by various “Ain’t that crazy!” websites, goat gifts are pouring in to Coffee Stain’s offices in Sweden, and Ibrisagic is clocking hundreds of new Twitter followers (including Pew Die Pie, the most popular YouTube star in the world).

Not to be smug, but no one at Modern Farmer is shocked by this development. We’re like the goat version of a Crazy Cat Lady — we fully relate to goat obsessives. We’ve also seen how well goats play on the Internet; GoatCam remains one of our most enduringly popular features.

But for the gamers at Coffee Stain, the viral success is blindsiding them. Ibrasigic came up with the idea as a lark. After four years of developing Sanctum 2, he wanted to create a light, silly side project “to blow off steam.” He never saw this coming.

“When I proposed this to the team, it was by far the stupidest pitch we had,” he says. “Everyone was like: ‘Get out of here! Goats, are you kidding me?’ ”

The game’s rules are simple. If you eat grass, you get one point. If you knock something over, you get 1,000 points. The player learns quick: The goat is born to cause mischief.

You can also drag stuff around with your tongue, do 360’s onto cars or knock people over from 50 feet away by head-butting a bucket. You know, normal goat stuff. 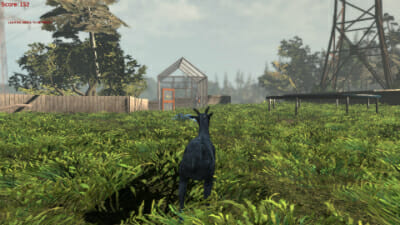 Ibrisagic hasn’t actually spent much time around goats. When asked what breed of goat the game uses, he replies: “I don’t think we ever thought of the fact that there are different breeds of goats!”

The goat in the game is based on a skateboarder, not a real-life ruminant. Ibrisagic modeled Goat Simulator on skateboarding video games he played as a teenager. Each act of mischief is “like a skateboard trick.”

One farmer already emailed Coffee Stain, peeved about the game’s anti-goat violence (the hero gets clobbered by cars and falls off buildings). Ibrisagic responded that the goat never gets hurt — it “ragdolls” after every altercation, then gets right back up again.

‘The goat could be an inspiration to all of us. No matter what happens, you pick yourself up and start over.’

“The goat could be an inspiration to all of us,” says Ibrisagic. “No matter what happens, you pick yourself up and start over.”

The game was also designed to feature a “strong female protagonist,” a conscious decision to create a role model for she-goats everywhere. At press time, she does not have a name, though Coffee Stain is open to suggestions.

But how does Ibrisagic explain Goat Simulator’s virality?

If you simply can’t wait for Goat Simulator’s as-yet-unknown release date, you have options. Chris Hall, an 18-year-old Australian kid, designed a free game called Goat Petting Simulator that you can play right now. It’s a little crude, but Hall says he created it in a couple hours. He also made a game called Goat Olympics 2013, where you can do hurdles, long jump and 100-meter dash.

Hall’s first game also got a lot of attention when it was released last year, well more than the high schooler expected for his boredom project (he works at a chicken restaurant). “Something about goats and the Internet just fit together,” he says.