Latest USDA report is out about foreign owners of U.S. land. 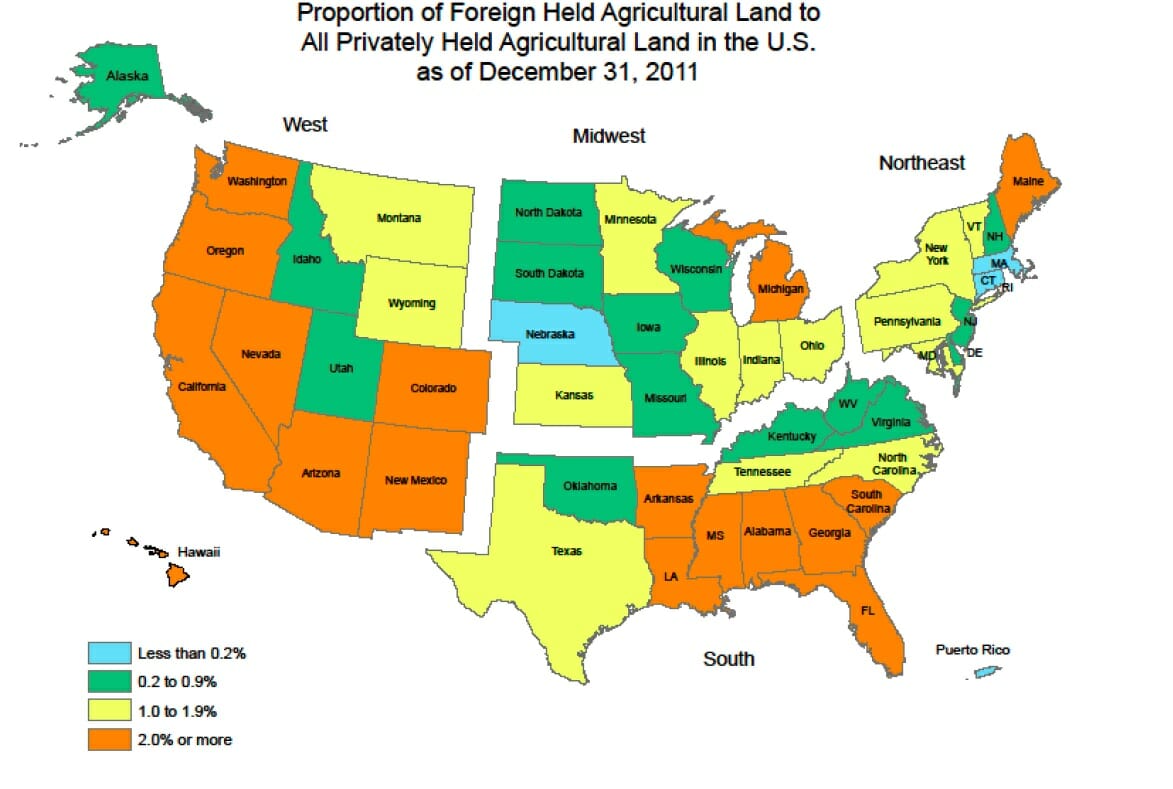 The USDA released a report today detailing foreign holdings of U.S. agricultural land as of December 2011, and it’s pretty fascinating stuff. “Foreign persons” are defined as individuals who are not citizens of the U.S., foreign businesses and governments that have their principal place of business in a foreign country and U.S. entities in which there is a significant foreign interest.

Below are some of the more eye-opening facts:

So, How Much Land is Foreign Held?

Forest land accounted for 54 percent of all foreign held agricultural acreage, cropland for 19 percent, and pasture and other agricultural land for 27 percent.

Foreign persons have reported acreage holdings in all 50 States and Puerto Rico.

Hawaii has the second largest percentage of foreign held U.S. agricultural land, 158,887 acres, which is 8.8 percent of the privately held agricultural land in the state. Washington, Alabama and Florida follow.

Kansas, Washington and Wisconsin showed the biggest increases in foreign-held agricultural acres in 2011. The increases were primarily due to the execution of long-term leasehold interests by wind energy companies. 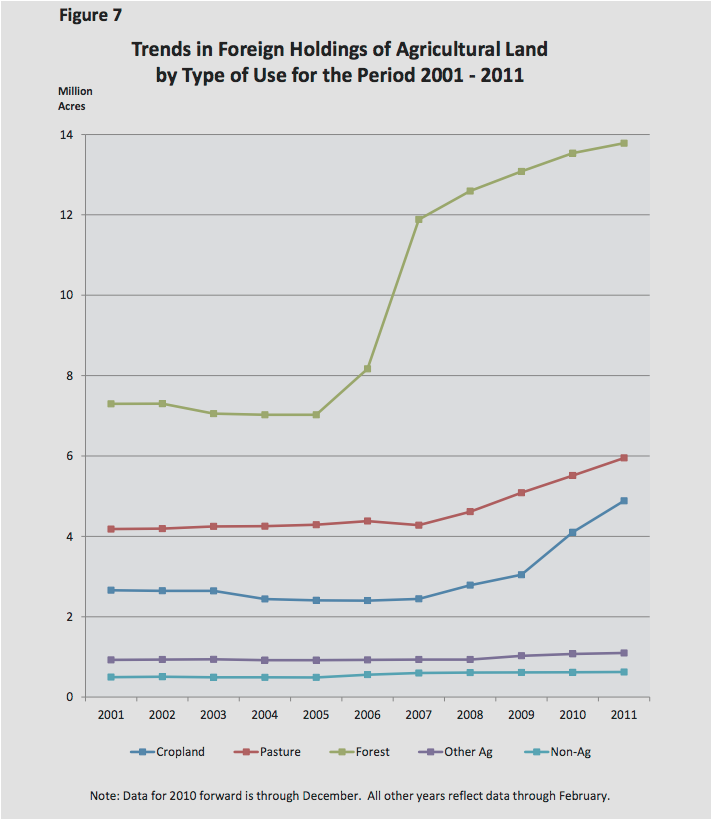 Canadian investors own the most reported foreign held agricultural and non-agricultural land, with 28 percent, or 7,250,834 acres. Foreign persons from the Netherlands own 19 percent, Germany owns 7, the United Kingdom owns 6 and Portugal owns 5. Together, 9,511,437 acres or 36 percent of foreign-held acres are owned by individuals or entities from these countries.

What Do They Use it For?

Fifty-two percent of the land is timber or forest with cropland accounting for only 19 percent of the total acres. Foreign held pasture and other agricultural land totals 27 percent of all foreign interest holdings in the United States. Nonagriculture land (including homestead and roads commonly reported as part of the agricultural land or land that is idle now, but its last use in the past 5 years was agricultural) accounts for approximately 2 percent.

What Are the Trends?