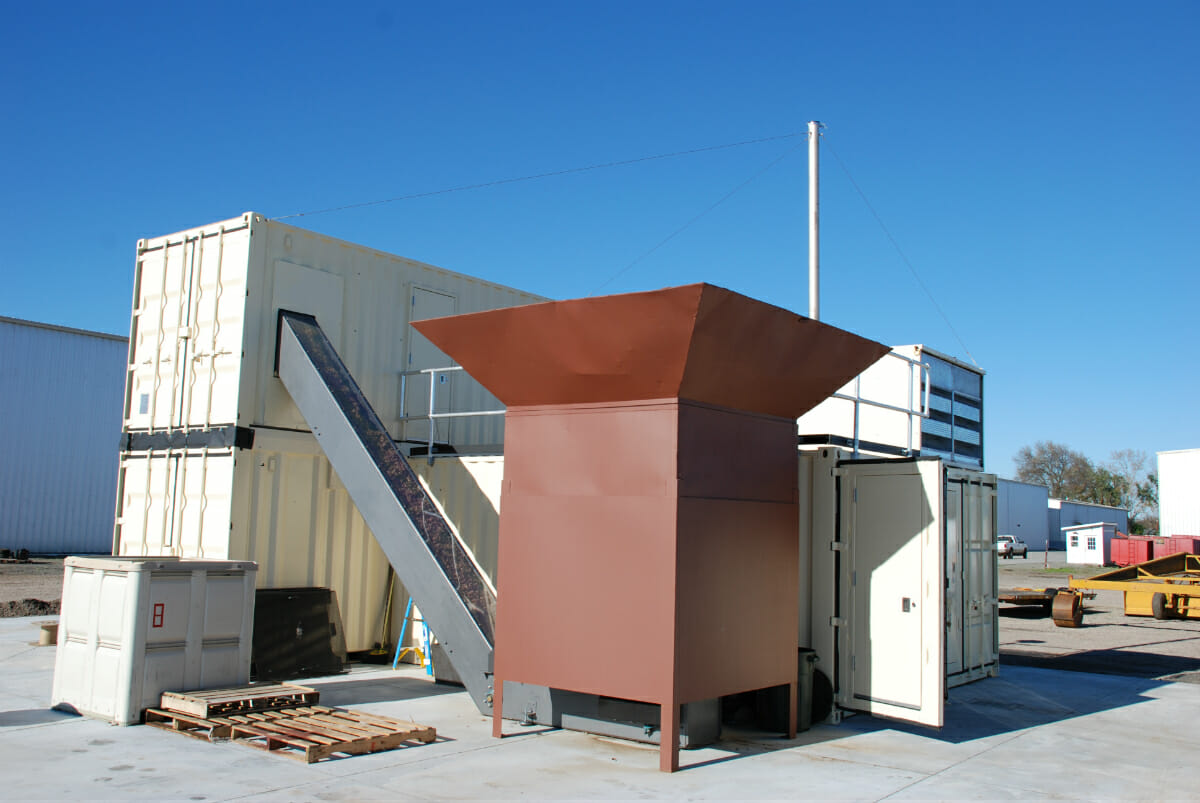 The mention came from comedian Seth Meyers, during his Weekend Update news segment: “A farmer in California has begun powering his farm using leftover walnut shells. If you’re wondering which farm it is, it’s the one with no power.”

Russ Lester, owner of Dixon Ridge Farms in Winters, California, was happy to get a shout-out on SNL. Still, the joke stung. “It was a typical backhanded slap,” Lester says. “I wish they didn’t say we aren’t producing power.”

For the record, walnut shells are, in fact, producing power at Dixon Ridge. Lots of it. Using a machine that converts organic waste into natural syngas, Lester has saved upwards of $75,000 a year in energy costs. And with the installation of two new BioMax 100 converters, he anticipates up to $250,000 in annual savings. That’s no joke.

Walnuts are one of nature’s more waste-heavy products. For Dixon Ridge, this translates to nearly two and a half million pounds of shell per year.

In 2007, Lester crafted a five-year sustainability plan. By 2012, he wanted Dixon Ridge to produce all its own energy, somehow. It was an ambitious – and consummately Californian – goal. A Colorado company had started building machines that heated organic material at a scorching 2000 degrees, converting it to combustible gas. Lester wanted in.

Walnuts are one of nature’s more waste-heavy products: 55 to 60 percent of every nut is shell and husk. For Dixon Ridge, a 400-acre walnut farm and processing center, this translates to nearly two and a half million pounds of shell per year.

Lester’s first machine was a BioMax 50, used in tandem with solar panels. Some of the gas it created was siphoned into propane tanks, then used to dry walnuts. The rest was converted to electricity, powering Dixon Ridge’s farm buildings and processing plant.

Lester says the procedure his machines use — pyrolysis — is actually carbon-negative. Put simply, pyrolysis distills some of the walnuts’ CO2 into char-ash, leading to a net loss of carbon emissions. As a bonus, the carbon-rich ash has proven to be a safe, effective fertilizer. 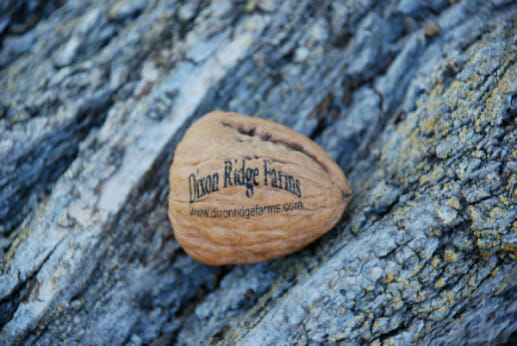 Dixon Ridge’s strides led the farm to receive a “Sustainable Agricultural Champion” award from the EPA last year. It has also sparked a firestorm of interest from other ag businesses, looking to convert their waste to power.

Wood chips, peach pits, olive pits, cherry pits — anything with less than 25 percent moisture — can be converted into gas in a BioMax machine. If all of California’s eligible farm biomass was converted to energy, Lester says it could provide nearly a third of the state’s total power.

“This has the potential to be huge,” Lester says. “It’s not just farms that could benefit; we could make a big contribution to the overall power grid.”

For his part, Lester is continuing to ramp up his shell-to-power program. He installed a BioMax 100 machine in December, and will add another one this year. At full capacity, the machines will produce four times the power as his initial BioMax 50. After his farm buildings are running on total walnut power, he will next turn to his field implements, like water pumps and mechanized equipment.

But is he ready to let go of the SNL jab? “At this point I don’t really care about the context,” he admits. “Just being on Saturday Night Live was pretty awesome.”

Image at top: The Biomass 100, installed this winter at Dixon Ridge Farms.