In 2007, Paul Bradshaw was scouring farming blogs when he noticed something funny: people wanted chickens. But not just any chickens. 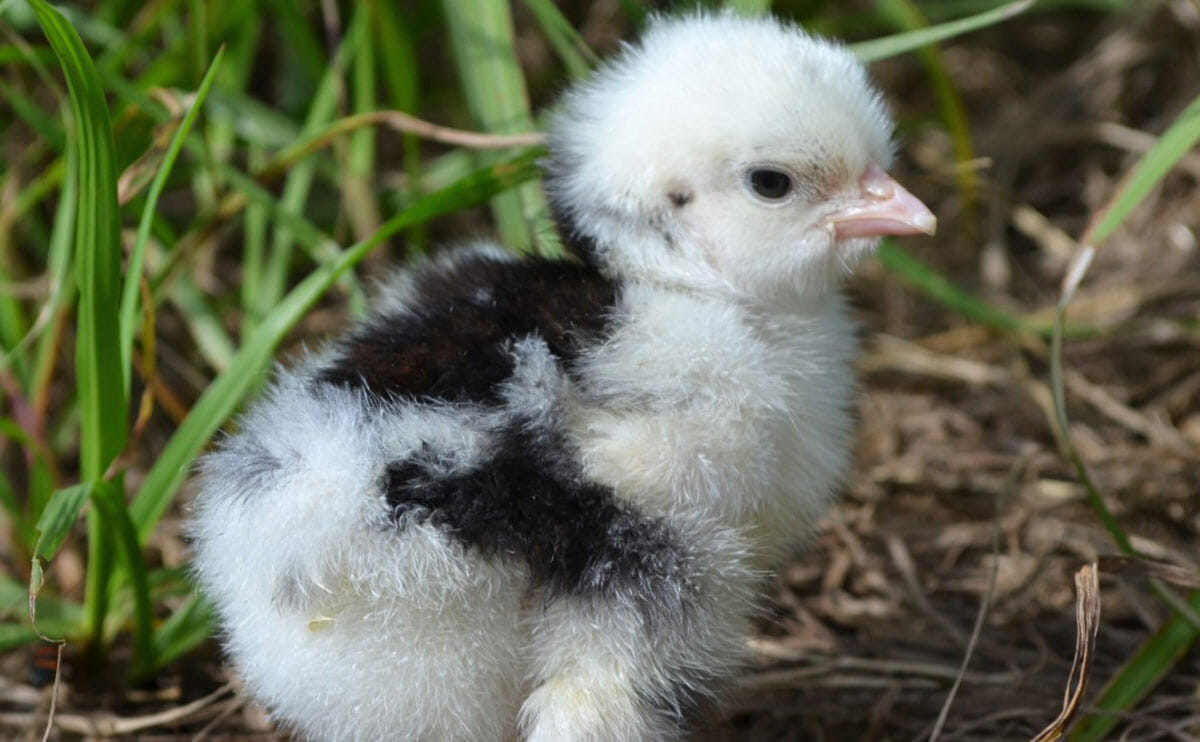 “So I raised these things,” Bradshaw recalls. “I didn’t have any grand plans. But then I put them up for auction on the Internet, and the first pair sold for $4,500. A hen lays 200 eggs a year. I was making $100 off of a pig, and all of a sudden I can hatch out 20 Coronations a day. And thus the Greenfire Farms chicken addition was born.”

Before he got into chickens, Bradshaw had raised pork and cattle on Greenfire Farms, his plot of land 12 miles west of Tallahassee, FL. Now Bradshaw has stopped farming cattle and pork entirely, fully dedicating his operations to the heritage breed chicken business.

He caters to a finicky crowd: Eighty to ninety percent of Greenfire’s customers, Bradshaw says, are backyard hobbyists. Backyard hobbyists tend to get classed as dilettantes more concerned with the aesthetic appeal of the $1,500 chicken coop they’ve ordered from Williams-Sonoma. Not so, says Bradshaw. “They have very specific ideas of what they want in a chicken. They want the best. They’ll pay $1,000 for a chicken if they know they’re getting the best.

‘The French are nutty about these chickens. They will give nuclear secrets to Iran, but god forbid you export a live Bresse chicken.”

“They’re hardcore,” he says. “They weigh their eggs and count them, and they’ll butcher a chicken. They’re serious about retaining the food value of these birds, and that’s really kind of our market.”

The 19 breeds he raises, which range from the American Bresse to the Tolbent Polish, are sold throughout the U.S. and Canada and often come with waiting lists. Some are so rare that they verged on extinction before Bradshaw began importing them; two years ago, there were fewer than 60 Olandtz Dwarfs ”“ a tiny, cold-hardy bird native to Sweden ”“ left in the world. Today, Bradshaw estimates their numbers to be in the hundreds to thousands.

Bradshaw credits the boom in business to three factors that converged over the past several years. “There’s been the broad environmental movement trend, which has been going on for the last 50 years. Then there was the recession, which gave rise to the self-sufficiency trend, where it was destabilized enough that people started to worry about their own food supply. And then there was the local food movement. Chickens,” Bradshaw says, “became the gateway livestock for people in America.”

A prime example of the success of Greenfire’s birds is the American Bresse. The Bresse, which emerged as a distinct breed 500 years ago in Eastern France and is characterized by its white feathers, blue legs, and prominent red comb, has a widespread reputation as the best-tasting chicken on the planet. France gave the bird A.O.C. status ”“ the same given to products like comte and Champagne ”“ and does not allow its export. “The French are nutty about them,” Bradshaw says. “They will give nuclear secrets to Iran, but god forbid you export a live Bresse chicken.”

The heritage chicken industry does have a dark side: for every responsible legal importer like Bradshaw, there’s a black market counterpart.

After the E.U.’s formation, however, the birds began appearing in other European countries that didn’t have export prohibitions. Working some connections he had in Europe, Bradshaw began legally importing them. So far as he knows, he was the first to import them to the U.S. After his first shipment, he recalls, business “kind of exploded. People went nuts.” Today, he estimates that there are thousands of Bresse throughout the country.

The heritage chicken industry does have a dark side: for every responsible legal importer like Bradshaw, there’s a black market counterpart. Because chickens can be shipped as dormant embryos in the egg, they’re easy to import illegally. As such, it’s not uncommon for customs to find eggs packed inside cereal boxes lined with aluminum wrappers, thanks to the myth that the foil will protect the embryos from x-rays.

One of the biggest problems with these illegal imports is that birds aren’t tested for diseases like egg drop syndrome, a non-lethal condition that spreads quickly and can decimate egg production. Bradshaw feels that it’s not a question of if a bird with the disease is imported into the country, but when. Although the U.S.D.A. now has a strike force dedicated to tracking down illegal importers, the black market continues to thrive online: a search on eBay U.K. for “hatching eggs” turns up some 2,000 hits.

To deal with the spike in demand for his birds, Bradshaw has had to figure out how to grow his business steadily without expanding too quickly. “We made the internal decision that a 20 percent annual growth rate is where it feels comfortable, and that’s what we target,” he says. Working with a crew that he describes as “small army of Omnivore’s Dilemma acolytes,” he is careful about the security of his birds. He won’t bring in live birds from other flocks, and personally monitors their health. “We have zero disease on our farm right now,” he says. “It’s really uncommon to have literally zero deaths on a chicken farm. They keel over all the time. The way we accomplish that is by not growing too quickly.”

Bradshaw likens heritage-breed enthusiasts to seed savers: both, he explains, feel a “moral obligation” to preserve and protect.”And that’s kind of what we promote,” he says. “It’s more than a hobby, it’s more than a fresh egg for breakfast. It’s really kind of a calling.”

The Rare Breeds of Greenfire Farms

We raise show quality Bielefelders on a limited basis here at Native Colors Exotics in Wisconsin. We respect and pay homage to Paul at GreenFire as he has a hand in importing several of the rare breeds and bloodlines were honored to preserve. I wouldn’t hesitate to purchase eggs or a bird from this leader on top notch rarest of the rare poultry!

I have raised poultry for over.50 years and like to see the new breeds

Hi I want to start a small scale broiler chickens farm but i don’t know where to Sell when is time.

No comments at this time

Need a rare breeds for a cheaper price ???

Searching for Orust chicks or Chicken

I just bought 4 babies and of course one of them the young boy didnt know what kind it was. It looks just like the baby at the top of this page. Can you tell me what kind it is?
Thank you
Sheila

I would like to see a catalog of the birds almost lost do you have a printed catalog or some way you can e-mail me photos???

I have a Rhodebar He is very special to us and is quit the chicken ! We enjoy watching him everyday !! ?