It's an entire week devoted to those handsome, majestic, vital-to-our-survival little honey-makers known as the bee. 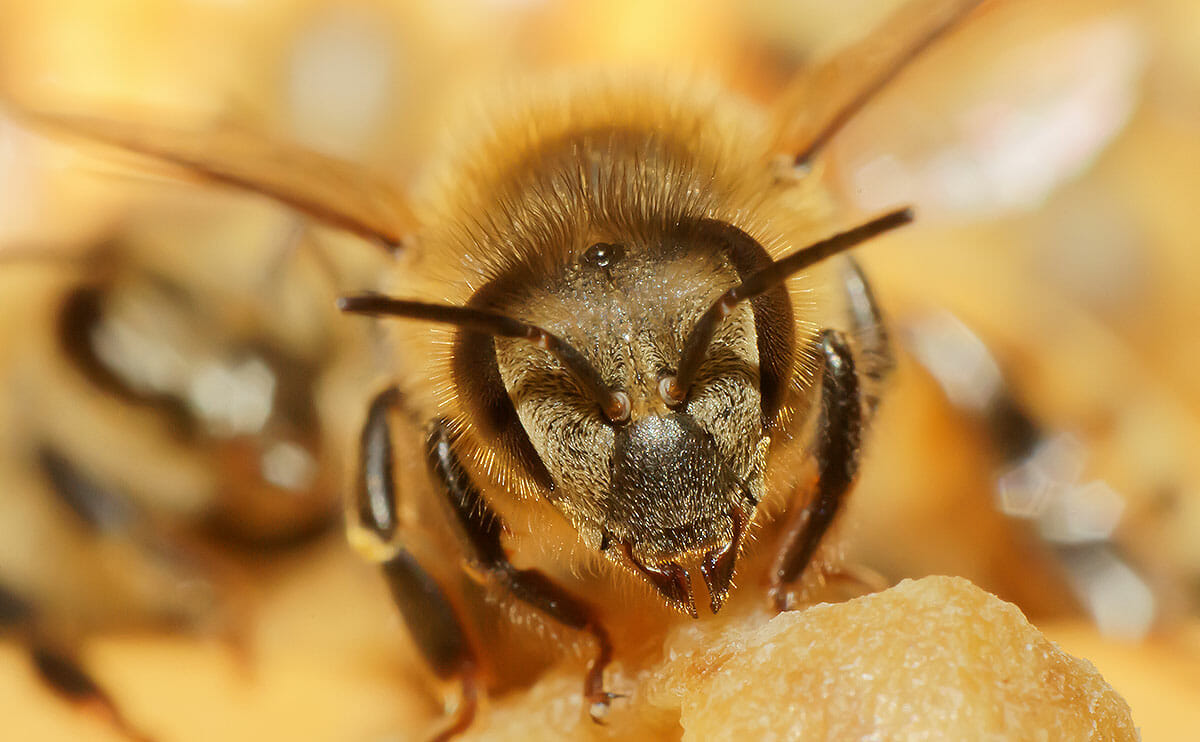 That’s right, it’s an entire week devoted to those handsome, majestic, vital-to-our-survival little honey-makers. And we’re going to do more than just look at some bee dance GIFs and indulge in Blind Melon nostalgia – bees are serious business.

Almond groves, apple orchards, pumpkin fields – all require pollination from bees in order to bear fruit. Starting in 2006, beekeepers across North America and Europe began reporting that anywhere from 30 to 90 percent of their hives were dying off. Varroa mites, cell phone towers, Israeli viruses, and neonicotinoid pesticides have all been suggested as the possible cause, with the EU moving to ban neonicotinoid pesticides last month. “If the bee disappeared off the face of the earth, man would only have four years left to live,” goes the (probably fake) quote by Albert Einstein. Are we in the midst of ecological disaster? Or just another cycle of what was once known as the “disappearing disease?”

Meanwhile, bees have found a new berth in cities across the world. From the rooftop of the Tate Modern in London to a microgarden in the Ginza district of Toyko, urban hives have sprung up in the past decade as a dizzying rate. Cities have been struggling to play catch up, as some open up to hives and others attempt to clamp down on urban apiaries.

Over the next five days, we’ll be running stories about counterfeit honey smuggled in from China (better known as honey laundering), a look at beekeepers in Berlin, how one man’s courtcase against the EPA could determine the course of beekeeping in the U.S., legal advice for would-be urban beekeepers, and lots, lots more.

We’re all abuzz (oops) for the genus Apis this week, and we hope you’ll follow along.