For Young Farmers, Land Access Will Make or Break the 2023 Farm Bill

As the upcoming farm bill takes shape, advocacy groups are pushing for what they want. For young farmers, it comes down to acreage. 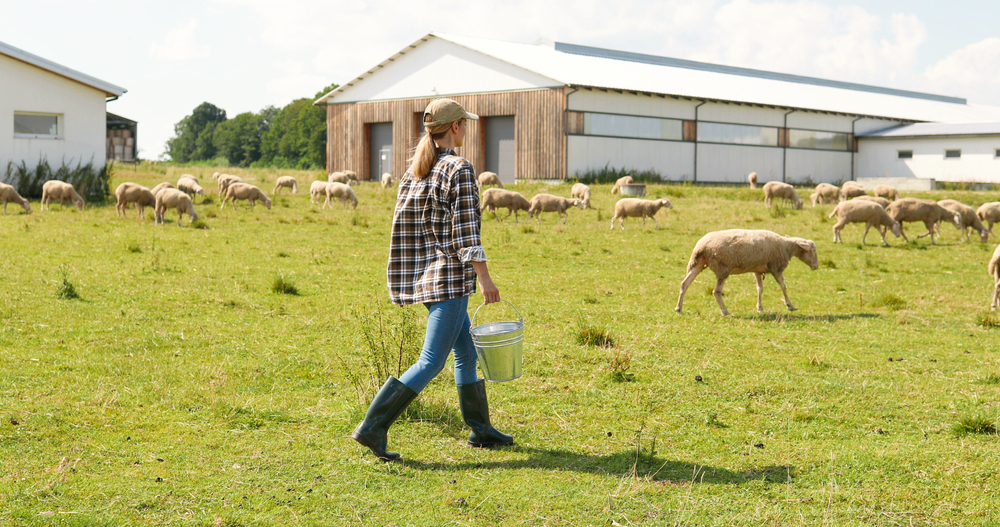 The average age of American farmers is roughly 58 years old, and it has been increasing every year. According to the 2017 USDA census, only eight percent of the farmers surveyed were under the age of 35, and the majority of producers—73 percent—identified as having more than 10 years of on-farm experience.

But to keep the industry growing—and adapting to both climate and food supply changes—more young people will have to take up the profession. According to the National Young Farmers Coalition (NYFC), there’s one key way to encourage them do that: land access.

“We’re asking Congress to make historic investments in equitable access to land for farmers and ranchers across the country,” says Holly Rippon-Butler, the lands campaign director for the NYFC. Having available land to grow farms is about more than just building a business, she says. It’s also about confronting deep-set inequalities in access. “We know that 98 percent of agricultural (acres) in the US are owned by white landowners. And that’s a direct result of federal policy. We believe it’s imperative and critically important that the 2023 Farm Bill takes action to address this injustice and makes investments that will really help our next generation succeed.”

While land access is the NYFC’s first priority for the upcoming 2023 Farm Bill, the omnibus piece of legislation that broadly governs agriculture, it’s one of six policy positions it has outlined, including supporting farmers’ mental health, access to affordable housing and improving access to credit for young people. Rippon-Butler says that it would like to see forms of pre-approval for farm-ownership loans, which could help speed up the process for young people entering the field. Currently, she says, property sellers often want to see proof of credit-worthiness before they sign a contract to sell a property, but “farmers are told by the [Farm Services Agency] that, in order to start the lending process, they need to have a contract. So, they’re in this catch-22.”

That can hamper young people, especially those who don’t come from farming families, from getting their start in the industry. The NYFC 2022 national survey polled 10,000 farmers under the age of 40 and found that 78 percent of respondents were first-generation farmers. Additionally, the survey revealed that many young farmers are entering the profession for more than just business—there are emotional ties as well. More than 80 percent of respondents say their farm’s primary goal is sustainability and regeneration, and 29 percent say their farm exists for anti-racism work. That number jumps to 74 percent for Black farmers.

That’s why the NYFC is asking the Farm Bill for a substantial investment: $2.5 billion over 10 years.

It’s a big ask, but it’s one that Rippon-Butler says is both achievable and meaningful. That amount of money would “get into the scope and scale of what’s needed,” she says. The NYFC hopes that the investment would be enough to help more than 50,000 young farmers enter and stay in farming—more than double the number in the last two censuses.

While federal funds would help open doors for new farmers, Rippon-Butler adds that much of the important work is happening at the state and county levels, which often control zoning by-laws. For the NYFC, it’s imperative that change happens throughout all levels of government, and it hopes that legislators—from Congress down to local city councils—are listening. This is a group that is incentivized to stay in the field, as long as they can find a place to put down both literal and figurative roots.

Sorry
If we can send $60 billion to the Ukraine, which I am fully against, we can spend $2.5 billion over 10 years for our young farmers

I’m usually against government getting involved in Private property or for-profit businesses. But in this case it seems like an excellent investment into the future of this country. This legislation does several things beyond what was stated regarding lifting the poorer farmers, restoring the land, and knocking down race barriers. 1.Creates a local eco system for food security 2.Fights the spread of concentration of wealth. Globalism controlled by the Uber rich is a plague trying to take over the world 3. Strengthens community which is the way this world is supposed to function 4. Better food quality for the world… Read more »

Government money won’t do much of anything to help young farmers get established. A shift of priorities by society is needed. As long as developers cannot be stopped from destroying America’s best farmland, greed will win in the end, and farmland will be in ever shorter supply. Sadly, we have lost the mindset that we are stewards of the land who should strive to pass it down to future generations in better condition than we received it. We’re busy building more houses on farmland, and retail facilities that will end up vacant. Some things are worth more than money, but… Read more »

The difficulty in acquiring land is symptomatic of agricultural financing. We need more young, first-generation, small-hold farmers to expand our access to local food. What we are willing to finance is an expression of what we value. Many young farmers care about creating social and environmental value along with their farm products; a national investment in them would benefit us all.The way people farm matters.

First, my impression of these farm bills is that the bulk of the money goes to large agribusiness and what used to be called gentleman farmers. Second, the notion that “29 percent say their farm exists for anti-racism work” is baffling. Farms exist to produce meat, eggs, grain, hay, etc., not for social engineering. I have never yet met a cow that cared whether its owner was white, black, brown, red, yellow. . . whatever. Grain grows equally well regardless of the race of the farmer. Government hand-outs should be race-neutral and be made available to whoever can make best… Read more »

A GOOD topic to discuss and evolve suitable process. For venturing into any sort of business by anyone — young or old resources are available or can be created but not land. It is a common problem around the world. Lot of thinking has to go in this. One suggestion is, if some land owners are not exploiting full or to certain extent potentiality of the land owned by him or her or the organisation, it should be taken over by the Government to create LAND BANK and allot to young people to exploit its potentiality on certain terms and… Read more »