How Has Hurricane Ida Affected Agriculture and Food? 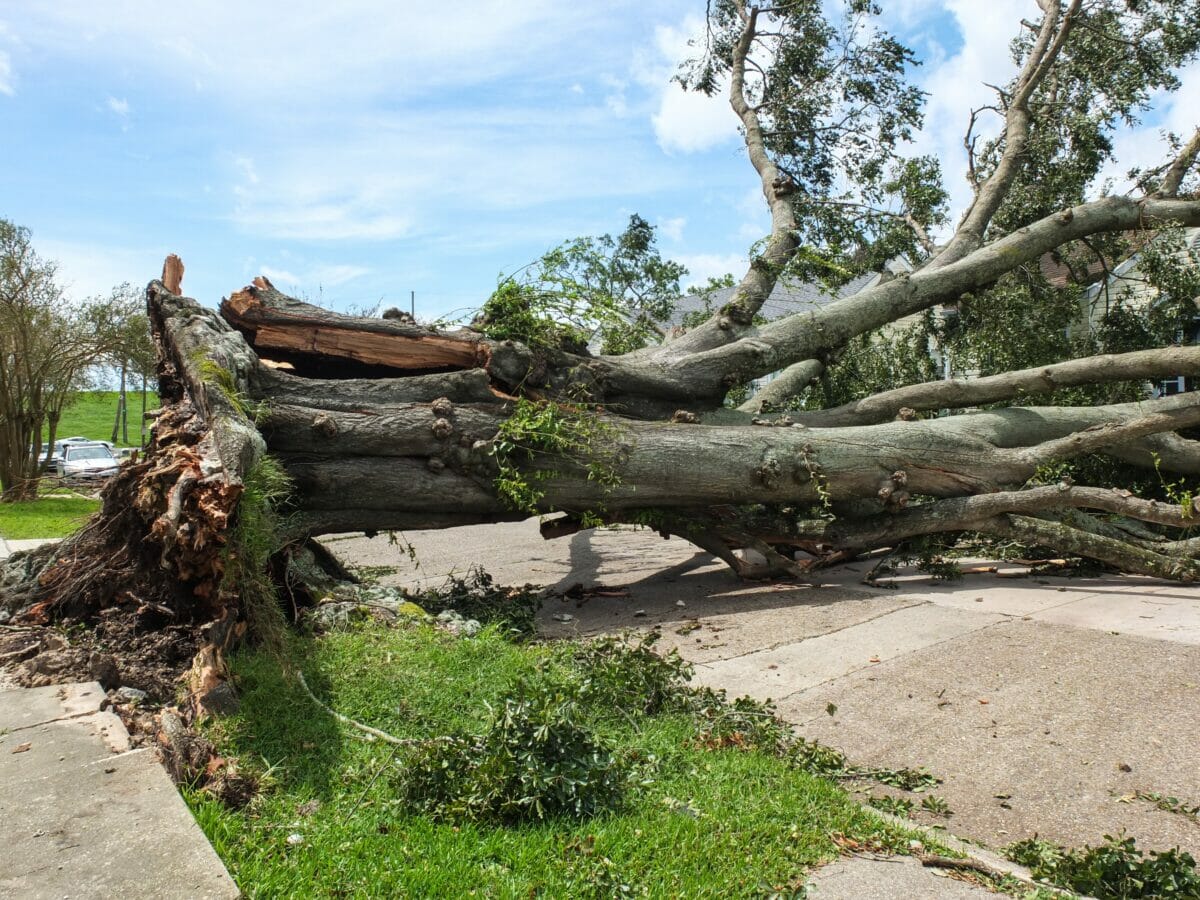 Hurricane Ida, one of the most destructive storms to hit the Gulf and East coast of the United States in recent memory, took its toll on American agriculture, in ways both obvious and subtle. Now, just over a week since the hurricane hit, we’re starting to get a sense of what was disrupted and how much work remains. The USDA is still assessing the damage; it’s a difficult job and it’s going to take a little while. In the meantime, here’s what we know.

The hurricane hit Louisiana first, on August 29, before moving northward up the Atlantic coast to slam the Mid-Atlantic and Northeast. There are few states in the country that don’t count agriculture as a major industry, even the smaller, more densely populated northeastern states, and agriculture as a whole suffered significantly as a result, primarily, of land destruction, flooding and infrastructure interruptions.

Let’s start in Louisiana, because that’s where the storm, at least in the mainland United States, also started. Louisiana produces about half of the mainland U.S.’s sugarcane, primarily in South Louisiana. In preparation for the storm, refineries were shut down, and some took up to a week to restart. The cane in southeastern Louisiana, according to early estimates from LSU AgCenter, shows definite damage; up to 25 percent of the state’s sugarcane, preliminarily. The cane in Louisiana suffered from severe winds and flooding, which at worst could damage the cane enough to make it unsellable. More optimistically, there’s a good chance that much of the cane was simply bent or flattened, and given that there are a few weeks left before harvest, it could theoretically right itself. If it doesn’t, though, that’ll make the sugarcane far more costly and difficult to harvest and reduce the harvest significantly.

According to The Advocate, other crops will have been affected as well. Citrus groves were flooded, which already isn’t great, but worse is that the water is brackish, meaning freshwater mixed with seawater. Citrus trees are quite sensitive to salinity, which can harm their yield and long-term health. The timber industry also likely sustained significant damage; estimates have ranged between 5 percent and 22 percent of the total timber land, so we’ll have to wait for more precise assessments on that.

Perhaps the biggest effect on agriculture from Hurricane Ida did not affect Louisiana’s own production. The state’s ports, especially the Port of New Orleans, are the most important ports in the country for shipping Midwestern soybeans. The soybeans are shipped on barges down the Mississippi from the Midwest, checking through Louisiana, and then heading out to the major export partners, notably China.

It wasn’t until September 7 that shipping container operations resumed at the Port of New Orleans. Roughly 60 percent of the country’s cereal grains go through Louisiana, and that shutdown, although impressively short, will do some real damage. Some shipments will be rerouted to go west from Midwestern farms out to ports on the Pacific, but land-based shipments are far more expensive than river barges. In addition, too many new shipments out of those Pacific ports will cause slowdowns there, adding to the delays. In response, some futures in those cereals are already down, although the markets are mostly waiting on official damage assessments.

Moving up the coast, Hurricane Ida caused its worst damage in Pennsylvania, New Jersey, New York and Connecticut. In New Jersey, the state’s largest dairy farm seems to have been all but demolished. Most of the parts of Pennsylvania with the worst storms were suburban and urban, in and around Philadelphia, but the state’s governor already called for big funding to combat climate change for the state’s agricultural industry. There are reports of farms in New York and Connecticut suffering major flooding, although proper estimates are still to come.

Related
Environment
High Winds Are Rattling US Farmers This SpringSarah Kuta
Dairy, Environment, Technology
Can Biodigesters Save America’s Small Dairy Farms?Anne N. Connor
Food & Drink, Food Waste
Measuring the True Amount of Food Loss on FarmsEmily Baron Cadloff
Environment
Agriculture’s Water Challenge Is About to Get a Lot WorseShea Swenson
wpDiscuz
We use cookies on our website to give you the most relevant experience by remembering your preferences and repeat visits. By clicking “Accept”, you consent to the use of ALL the cookies.
Cookie settings ACCEPT
Privacy & Cookies Policy