A new bill provides last-resort coverage, but it’s not a permanent fix to the state’s ongoing insurance crisis. 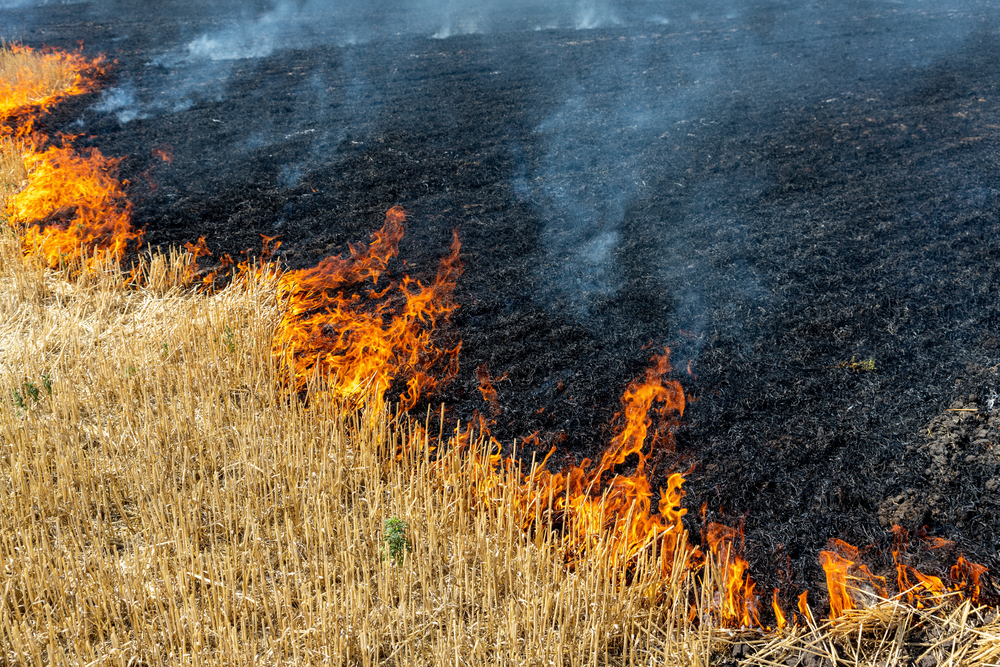 In 2019, Tawny Tesconi, executive director of the Sonoma County Farm Bureau, started hearing from members who were having trouble securing property and fire insurance coverage. Farm, winery and ranch owners reported being dropped by their longtime insurance carriers, and having to go out into the open market to find a new plan—ones that tended to be twice as expensive with much less coverage.

As wildfires have continued to ravage California each year, the problem has only gotten worse. “Our farmers and wineries and growers are very vulnerable,” says Tesconi. “The conversation now is much more ‘I’ve been canceled. I’ve gone out to the open market. I’ve called every insurance broker I know. And there’s nothing out there for me.”

Hundreds of farm owners in California are currently scrambling to find wildfire insurance coverage. Some have seen their rates triple or quadruple for a fraction of the coverage they once received. Many have received letters about their policies not being renewed. “There’s not one insurance company that’s cancelling insurances or totally increasing the premiums beyond the capability of a farmer to pay. It’s across the board,” says Tesconi.

The current reality is “directly the result of the increased wildfires that we have in the state of California,” says Robert Spiegel, a lobbyist for the California Farm Bureau Federation, the largest agricultural organization in the state that represents about 30,000 family farmers across 56 different counties. Spiegel traces the onset of the insurance problem to 2017, at the time the most destructive wildfire season on record in California, which was soon surpassed by the 2018 season. Insurance companies took a blow from those wildfires, losing a total of $20 billion in 2017 and 2018—twice the industry’s profits since 1991.

Despite farmers investing time and money into making their properties less prone to catch fire by clearing brush and trees away and installing sprinkler systems, insurance companies are still cancelling policies. “It appears that many are doing it more by zip code than by individual properties,” says Tesconi. “We feel it’s somewhat unfair that a landowner who has gone the extra mile and has done the extra steps is not getting any sort of consideration.”

Beyond the obvious risk of having uninsured property, many growers rely on bank loans for the capital they need to afford their equipment, property and crops. Those loans require proof of insurance, as do any state and federal grant programs. It’s a Catch-22, says Tesconi. “It leaves these farmers, ranchers and wineries almost defaulting on these loans because they can’t provide the insurance because they can’t even get the insurance,” she says.

Intended to be a last-resort option, the state-run program does not provide optimal coverage for all. For example, the coverage does not extend to crops and livestock, or the equipment used to transport commodities.”The FAIR plan is barebones minimum to protect the structures from fire, lightning, or wind. And that’s it,” says Spiegel. “At the end of the day, for California agriculture, and for our membership, SB-11, is a step in the right direction for what it is that was needed that was needed[to] fix.”

One major problem is that the last-resort insurance is not available to farmers and ranchers yet, and it won’t be available until late October at the absolute earliest. The California FAIR Plan Association has 90 days to submit all appropriate paperwork to the California Department of Insurance, at which time farms will have the ability to purchase the insurance through a broker. In the meantime, that leaves uninsured farmers at risk during an already active wildfire season in the midst of a severe drought.

“Even though SB-11 has passed, even though the governor has signed it, and even though, someday, that insurance will be available to add stakeholders, it’s not available today,” says Tesconi. “So, there are some folks out there that are kind of caught in this lame duck period.”

Corporations only sell “insurance” when they are 99% sure they will MAKE money on it. They don’t tolerate claimants. You put in a claim, they may (or may not) pay, and then, they cancel your insurance. Totally normal, same goes for homeowners, and car.

no one is addressing the elephant in the room. who and how do the insurance company’s determine the property’s risk assessment. why is the public not able to see the nuts and bolts of determining wildfire risk assessment information. my insurance has gone up 500 percent. i also have a pge 115kv high voltage line on my property. only an idiot would not realize the high voltage line proximity is affecting my premiums. reasonable to say that my premiums should not be affected by the high voltage liability. demand accountability.