Heatwave Cooks Crustaceans in Their Shells in Canada 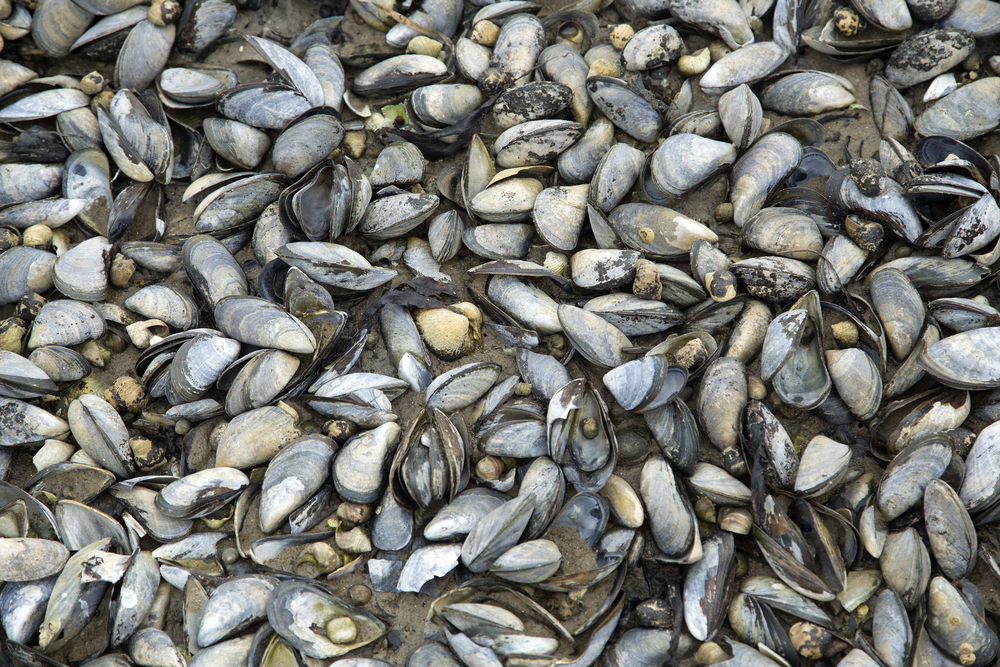 It was a rough week for mussels on the west coast of Canada.
Photography by Roel Meijer/Shutterstock
Share
Tweet
Pin
Email

The heatwave that devastated farmers and farmworkers in the Pacific Northwest last week also wreaked havoc on crops, livestock and wildlife in parts of Canada.

It was so hot in Western Canada that an estimated billion sea creatures were reportedly cooked to death along the coast of British Columbia.

Chris Harley, a marine biologist with the University of British Columbia, and a team of students found thousands of dead mussels along the shore and calculated the number of dead animals was likely close to a billion given the size of the impacted area. He told CBC News that the scorching heat, combined with low tides created a deadly combination for mussels, clams and other organisms.

“A mussel on the shore in some ways is like a toddler left in a car on a hot day,” he said. “They are stuck there until the parent comes back, or in this case, the tide comes back in, and there’s very little they can do. They’re at the mercy of the environment. And on Saturday, Sunday, Monday, during the heatwave, it just got so hot that the mussels, there was nothing they could do.”

Fruit farmers in BC also reported that 50 to 70 percent of their cherries were ruined due to a spike in temperatures above 100 degrees. Farmers said that many cherries were effectively cooked on the tree by the unforgiving heat.

“It seems like somebody took a blowtorch to it and just singed it,” Pinder Dhaliwal, president of the B.C. Fruit Growers Association told CBC News.

Further east, in the Canadian Prairies, a lack of rain and the scorching heat has put stress on canola and wheat crops. Canada farms a lot of the world’s canola and prices are expected to rise as farmers don’t expect this year’s crop will be small given the drought-like conditions.

In the United States, wheat farmers are also struggling with the possibility of low yields, as only around 20 percent of the spring wheat harvest is currently considered in good or excellent condition, according to the USDA. At the same time last year, almost 70 percent of the crop was in good condition.

Oops… clams and such are mollusks, not crustaceans!