There are major implications for agriculture, especially in California. 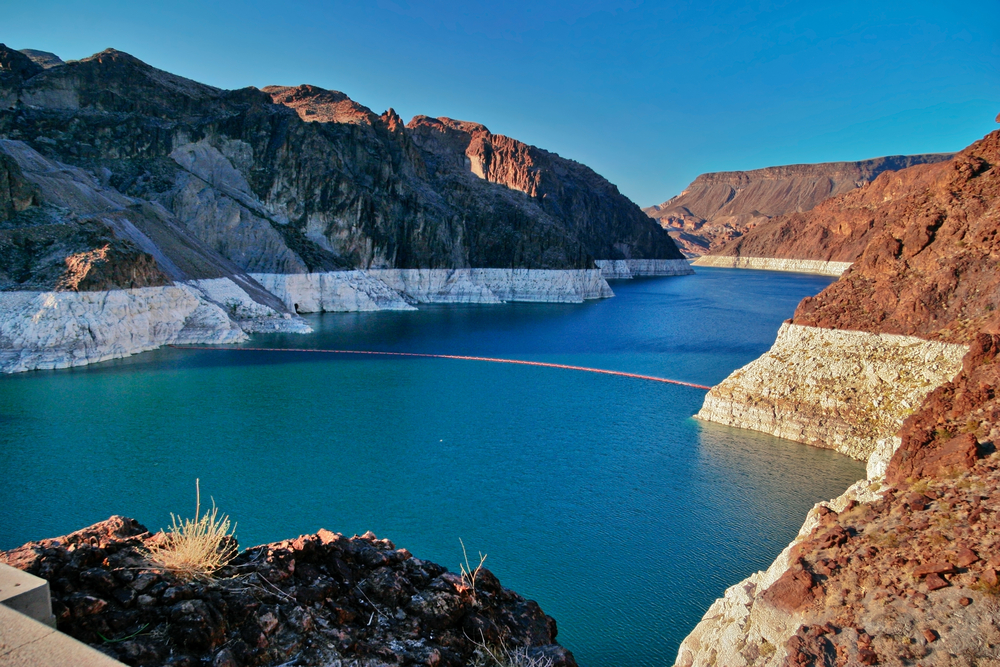 The American West has been suffering from what’s sometimes referred to as a “megadrought,” centered around the Colorado River, for years.

Especially low levels of precipitation in the western mountain ranges are predicted to lead to less snowmelt, the primary source of water for much of this part of the country. And this week, things are accelerating, on both a state and federal level, as government officials (and farmers) prepare for the worst.

The Bureau of Reclamation—which oversees water in the western United States— recently released projections that are setting off alarm bells throughout the country. Those projections estimate that the water level in Lake Mead will fall below 1,075 feet in June of this year, for the very first time. Lake Mead is a vital reservoir that provides water from the Colorado River to California, Nevada and Arizona, and it has been at a consistently low level for decades. That 1,075 foot mark, reports the Associated Press, is important because it would trigger the country’s first ever official water shortage declaration, prompting all kinds of cuts in water allocation.

Arizona and Nevada would automatically be subject to significant cuts in water access. The reduction in water in the reservoir would also have severe ramifications on hydroelectric power, which is generated from the Hoover Dam.

In response, the Biden administration announced the formation of an Interagency Working Group, chaired by both the Departments of Agriculture and Interior, to determine how to cope with the worsening drought. In California, Governor Gavin Newsom declared a drought emergency in two counties in the northern parts of the state. This comes with a huge reduction in the amount of available water for agriculture in the region—primarily grapes in wine country. Water removed from the shallow lakes and rivers around the California-Oregon border has long been sent to drier desert areas so they can be farmed, but that has also negatively affected aquatic life, including salmon runs.

According to the Associated Press, Newsom has not declared this emergency for the entire state, but warnings have been sent to tens of thousands of water rights holders, asking them to start conserving water. For farmers, this likely means that what water remains will be used to maintain perennial crops like fruit and nut trees, rather than planting usual annual crops like vegetables.

In the Central Valley of California, the country’s most valuable agricultural land, farmers are urging Governor Newsom to declare a statewide emergency. That declaration would allow for more water to be allocated from other sources to the Central Valley. The region receives very little rainfall even in good years and largely relies on irrigation.

If California is in a drought then why can I go to my grocery store in Iowa and buy water from California. I called the California governors office and asked this very question and heard crickets on their end. Its simple the government of California is working with companies in California to sell their water for profit while making Californian do with less. I just followed the money and it all became crystal clear.

Water be precious, whether in the West of Australia, Americas or Africa. Truly modern farming practices that save precious resources like usable water – including adoption of the latest technology – would be vital to the survival of farmers and nations worldwide.