Back to the Land - Modern Farmer
Lifestyle

Back to the Land

Urbanites have been fleeing the city and buying up property in rural America during the pandemic. 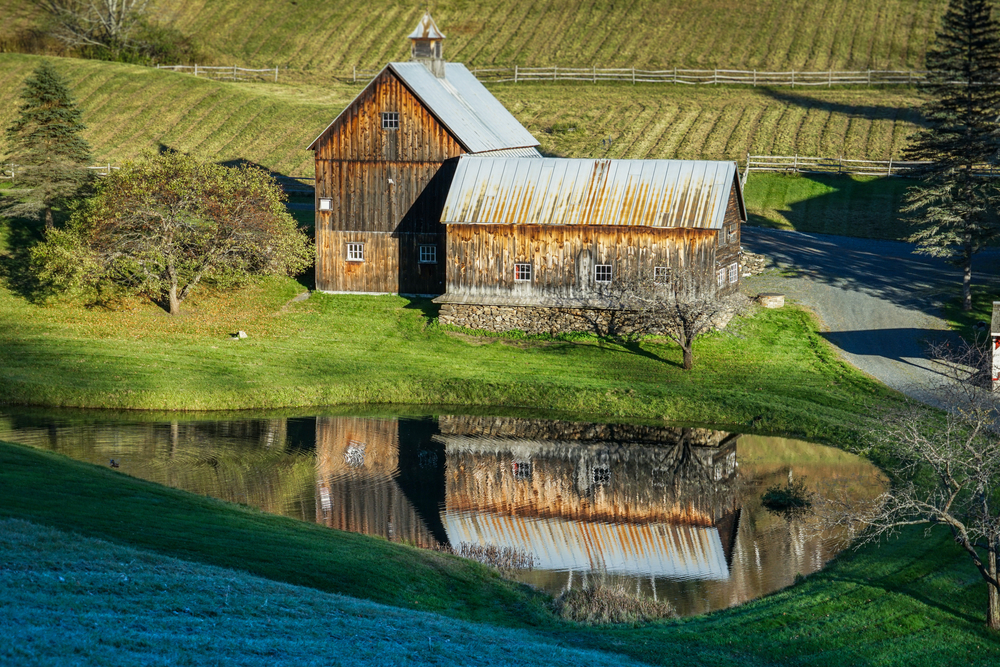 The thought of roaming free on a large patch of land and breathing clean, fresh air has caused many restless apartment-bound urban dwellers to buy a rural property during the pandemic.

Realtors across the country have experienced a spike in demand for rural properties over the past few months, as the threat of COVID-19 has pushed city residents to relocate to the quiet countryside. Lockdowns have left city residents more desperate than ever to get outdoors and reconnect with nature, says Mike Duffy, the president of United Country Real Estate.  His Kansas City-based company has seen inquiries for rural properties increase by fivefold during May and June, compared to the same months last year.

“We’re having a hard time keeping up,” he says. “People want acres.”

The company has 500 offices and roughly 4,000 real estate agents who strictly sell property in rural locations throughout the US. Duffy says sales in the company’s larger offices have increased up to 50 percent in recent months. Duffy believes that this trend is also thanks to an increase in people thinking about where their food comes from, and wanting to live off the land. He’s heard many buyers say they want space to garden or start their own farm.

In Vermont and New Hampshire, realtors say the current trend is reminiscent of a rural real estate boom after the terrorist attacks of September 11, 2001. Large numbers of New York City residents looking for a quiet piece of land moved upstate or to New England during that time. The only difference realtors have noticed is that the interest now is coming from big cities and suburbs across the country and not just New York City.

“They want safety from unrest, from disease [and] the ability to go somewhere and be isolated. We don’t have a vaccine in our pockets at this point,” says Staige Davis, the CEO of Four Seasons Sotheby’s International Realty.

Davis says customers seeking property with land have predominantly come from Brooklyn, Manhattan, Washington D.C. and Los Angeles. In many cases, he says buyers have been so eager to leave urban life behind that they won’t even come look at the property in person before agreeing to buy it.

In upstate New York, realtors say they were initially experiencing a huge demand for renting rural properties. This has changed as it became clear a vaccine may not be found any time soon, pushing more city residents to buy. Teresa Shand, the owner of Colucci Shand Realty in the Hudson Valley says her sales for rural listings have increased by 45 percent since April. “They’re saying ‘take us up north, we’ll go as far as we have to go to find a place,’” she says.

If the pandemic is going to be with us for a while, and it seems like it is, realtors believe this rural real estate boom will continue as more city dwellers flee their apartments for the countryside. And along with those new residents could come a whole new generation of farmers, gardeners and homesteaders.

Great… Hopefully they will nurture the land they buy. Part of the contract should be they have to eliminate invasive, foreign species, introduce native plants and reduce the amount of turf grass at least.

Oh, yes, those fleeing city dwellers bring their selfish, snooty attitude, do not fit into farming country living style. They bring all their problems with them and yet still expect all that the city previously offered them. They think it is ok to plant a tree sapling right on the property line but in a few years, if we trim that growthy tree that invaded the farmers side, well, all h— from them breaks out. They have no respect for us or what we do. If you city dwellers cannot come out here to fit into farm life culture, stay… Read more »

Actually, I did this. I grew up and spent most of my life in Chicago. For the last 20 years or so I have lived in a house on 7 1/4 acres, with a pole barn and a couple sheds at about 2270 feet elevation. I have basically done nothing with the land but plant about 20 or so different types of apple trees. I let most of the land lie fallow. I feed birds and read a lot. I have been very happy doing nothing. I hope to make a little hard cider before I die, but, if not,… Read more »

Doesn’t matter how much land they buy. If they don’t know how to farm or even have a garden that money’s just wasted.

Nature can teach every one

The land and weather will humble them or just as quickly they will change the channel. Abandoning the farm. Which in turns brings a great opportunity for Farmsteaders to work them to keep them from depreciating…. maybe.

Popular
7 Smokable Plants You Can Grow That Aren’t MarijuanaBrian Barth
New Solar Panels Allow Farmers to See the LightNaoki Nitta
6 Differences Between Llamas and AlpacasAndrew Amelinckx
The Cold Swim HomeMarcie Callewaert
Goat Sex: Everything You Wanted to Know But Were Afraid to AskAndrew Amelinckx
Explore Modern Farmer
Related
Books, How-To, Lifestyle
How to Turn Your Garden Into a Business, No Matter the SizeEmily Baron Cadloff
Aquaculture, Technology
Can Interactive Mapping Tools Guide Shellfish Restoration?Bridget Shirvell
Lifestyle, MTMF
Meet the Farmer Helping Black Kentuckians Return to Their Agricultural RootsKelly Magyarics
Animals, Health, news, Technology
First Vaccine for Honey Bees Approved by USDAEmily Baron Cadloff
wpDiscuz
We use cookies on our website to give you the most relevant experience by remembering your preferences and repeat visits. By clicking “Accept”, you consent to the use of ALL the cookies.
Cookie settings ACCEPT
Privacy & Cookies Policy