How to Jumpstart your COVID-19 Victory Garden

Growing food at home has never seemed like a better idea. Here are three approaches to getting started quickly with minimal investment. 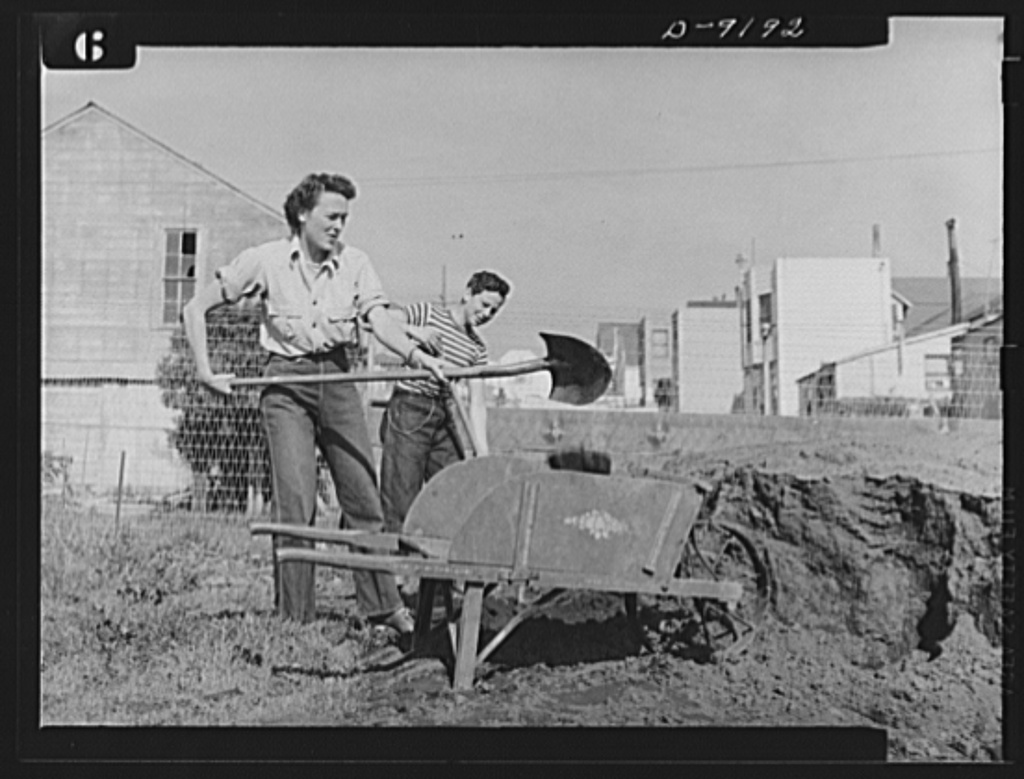 During World War II, Americans were urged to plant “victory gardens” as the nation faced potential food shortages. Popularized by women’s clubs and patriotic posters, the movement caught on, and an estimated 40 percent of the nation’s supply of fresh vegetables were soon produced in backyards, front yards, church lots and school grounds. The COVID-19 crisis has yet to seriously threaten the food supply, but the sight of empty grocery store shelves has led to calls for “corona victory gardens.”

“As the war ended, and lawns took over American backyards, those earnest posters of cheery home gardeners and fierce-looking vegetables became a relic of wartime scarcity—until a few weeks ago,” said the New York Times during the first week of spring.

In Modern Farmer’s humble opinion, growing food at home is always a good idea, crisis or not. If you’re in a hurry to get a garden in before spring flies by, here are a few ideas about how to do it quickly and cheaply. The good news is that nurseries and garden centers have been designated as essential businesses in most places, so you should have access to the necessary supplies.

Strawbales serve as quick and easy raised beds, allowing you to grow food wherever you have sun, whether on concrete, a lawn or hard-packed bare earth. Be sure to use bales of straw, not hay, as the latter contains seeds that can sprout and become weeds. Place the bales with the cut ends of the straw facing up and water them until they are soggy. Each day for 10 days, apply a generous dusting of all-purpose organic fertilizer to the top of each bale and water thoroughly. This accelerates the decomposition of the straw into a rich and fertile growing medium. Then spread a two-inch layer of topsoil on the bales. You may plant seeds directly in the soil. For seedlings, use a trowel to gouge out little holes in the straw and add some extra soil to fill those holes as you plant each one.

Just like strawbale gardening, this approach allows you to plant a garden on concrete or other surfaces that are unsuitable for growing vegetables—except it’s even easier. The hardest part is finding used milk crates (try putting a wanted ad on Craigslist if you get stuck). Cut pieces of burlap big enough to line the inside of each crate (about four feet by four feet usually works). Fill the crates with potting soil and boom! You’re ready to plant.

This method turns a lawn or a weed patch into an instant garden. Simply spread a two- to three-inch layer of compost over the area, water deeply and cover with a layer of cardboard (remove any tape as it is not biodegradable). Then cover the cardboard with a layer of wood chips or straw mulch (starved for light, the vegetation will decompose; but the cardboard pieces should overlap at least six inches to discourage vigorous weeds from snaking through). To plant perennial herbs, shrubs, trees and vines, push back the mulch and cut a hole in the cardboard as big as the pot. Do the same for vegetable seedlings, but mound 6 to 8 inches of topsoil under the cardboard where you wish to plant. Sowing seeds isn’t an option with sheet mulching, and the method is a bit clumsy for small seedlings, such as lettuce. But it’s an effective way to plant seedlings of larger plants such as tomatoes, cucumbers and squash.

We have done 2 straw bale gardens! They are awesome! After the garden we used the straw around trees … best sustainability!

Happily here in New Zealand things have calmed down somewhat despite the country being in a four week lockdown. Grocery stores have well stocked shelves but I am pretty sure garden centres and nurseries are not seen as essential businesses which is odd. Really enjoying the four week break and with 7 acres there is heaps to do. Thanks though for quick start ideas, have yet to get the big vegetable garden in, just using my raised garden at present.

I always have veggies garden every year..asparagus, kale, beets, carrots, planted some seeds of eggplant, zucchini,cucumbers and some Asian veggies..

Want to learn how to garden and the most inexpensive ways to do it.

I’m growing my own victory garden this year. I have a small backyard, but I’m using raised beds and vertical gardening to expand my growing space. https://www.youtube.com/watch?v=VUG_4xHxeJ4&t=6s

How about Michigan is banning sale of plants and seeds during covid! Feeling frustrated!

I was looking for the things to do in the house during this coronavirus so I typed on google and found your website at the top of the list.
Awesome post. I am a normal visitor of your blog and appreciate you taking the time to maintain the nice site.
I’ll be a regular visitor for a really long time and hoping this pandemic will leave the world soon.

There is NOT a food shortage! Grocery store shelves are sometimes bare (they’re getting better) because there is a resupply problem when there was too much demand (especially for toilet paper) at one time.