Dogs Could Save the Citrus Industry From a Devastating Disease

As if we needed another reason to love man’s best friend. 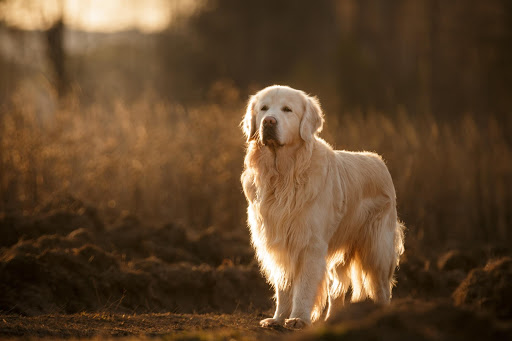 Researchers think they may have found a way to sniff out a disease that is threatening Florida’s citrus industry.

A new study, published this week in Proceedings of the National Academy of Sciences, found that dogs are incredibly efficient at detecting huanglongbing, which is also called citrus greening. The disease has been a major problem for the citrus industry since 2005, when it was found in Florida.

Citrus greening was present in Asia for decades before it made its way to the US. The disease stunts the growth of citrus trees and makes their fruit bitter and unsellable. Tens of millions of dollars have been poured into finding a solution to the problem.

Scientists from the USDA’s Agricultural Research Service have come to the rescue with this new study, in which they trained 19 dogs from European breeders to find the deadly pathogen. They then tested how successful these pooches were at detecting infected trees, and they found they were about 99-percent accurate. On the rare occasions that dogs identified a clean tree as a sick tree, the clean trees were in the same spot where a diseased plant had previously grown.

The USDA says the disease has caused a 75-percent reduction in citrus production since it was first found in Florida, and it has more than doubled the cost of production for citrus farmers. Beyond Florida, citrus greening was found in California and Texas in 2012, and it has also made its way to Louisiana, Georgia and South Carolina.

All common varieties of citrus are susceptible to citrus greening and currently there is no cure. Early detection and removal of infected trees is critical to stopping the spread of the infection.

Timothy Gottwald, a plant epidemiologist and lead author of the new study, said the dogs were able to identify disease-ridden trees as early as two weeks after being inoculated. It can usually take months or even years before symptoms are visible. “The dogs also were able to distinguish the citrus greening pathogen from a variety of other citrus bacterial, viral, fungal, and spiroplasma pathogens,” he said.

Researchers say that the method of using dogs to find the disease and then removing infected trees could keep the citrus industry economically sustainable over the next 10 years.

CORRECTION: An earlier version of this story erroneously referred to citrus greening as a virus. It is in fact caused by bacteria. We apologize for the error.

Any research on how well rescue dogs compare to breeds? Seems like a great win-win if shelter dogs could be given a job and cared for, even if they were, say, 90% accurate versus 99%..?