How a mixologist and Maryland farmer are combining forces to make unique libations. 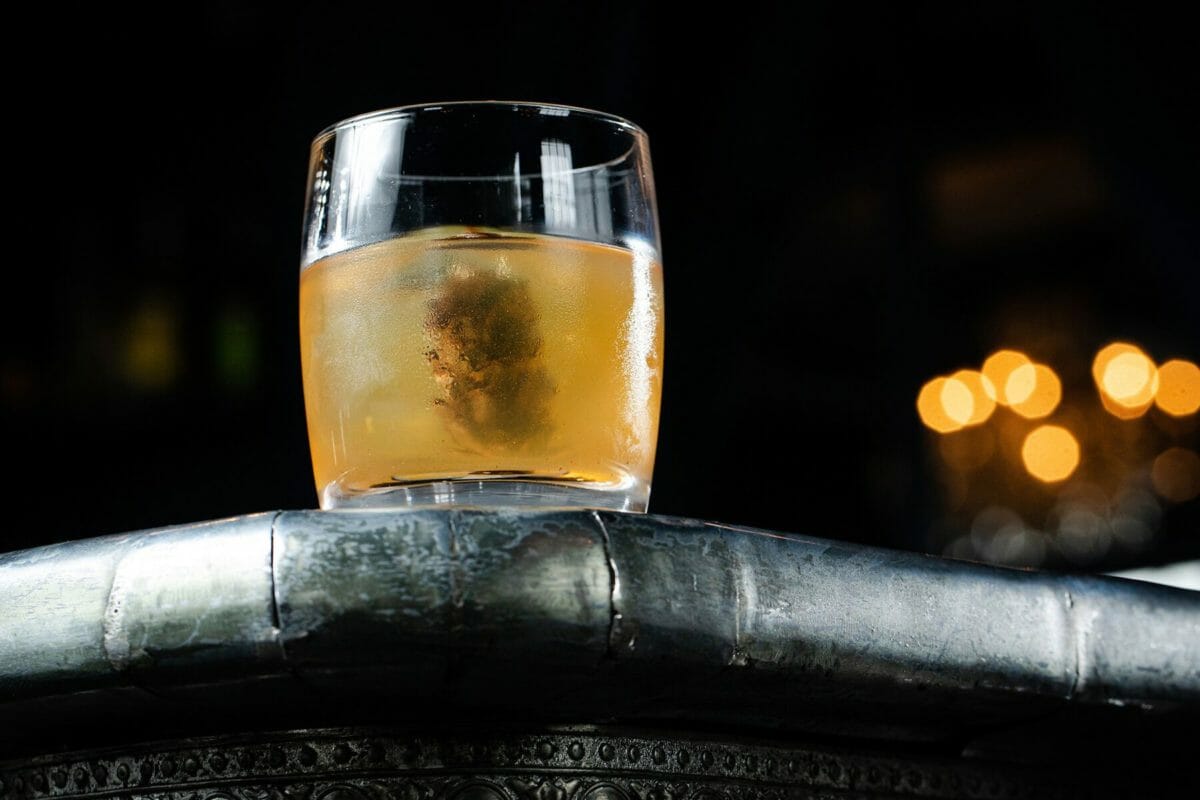 When Jon Shaw started to focus on selling his produce to restaurants, he realized that many establishments wanted to buy from local farms but simply couldn’t get the vegetables they needed from them in winter months.

So the Maryland farmer started investing in season extension infrastructure, building hoop houses, a large heated greenhouse and a hydroponic unit. This gave his farm—Karma Farm—the ability to sell fresh produce throughout the year. He also started experimenting with different crops in varying environments, leading him to grow “some pretty unusual items” for the area and time of year.

This experimentation caught the attention of Paul Benkert, owner of Baltimore’s Bluebird Cocktail Room, who is constantly on the lookout for new ingredients to infuse into his drinks.

“Sometimes things work and sometimes things don’t, but we always try something to see if we can get a good flavor out of it,” Benkert says. “For bartenders, everyone’s trying to take an obscure ingredient and almost force it into a drink. I’m very aware that a lot of times they don’t taste very good.” 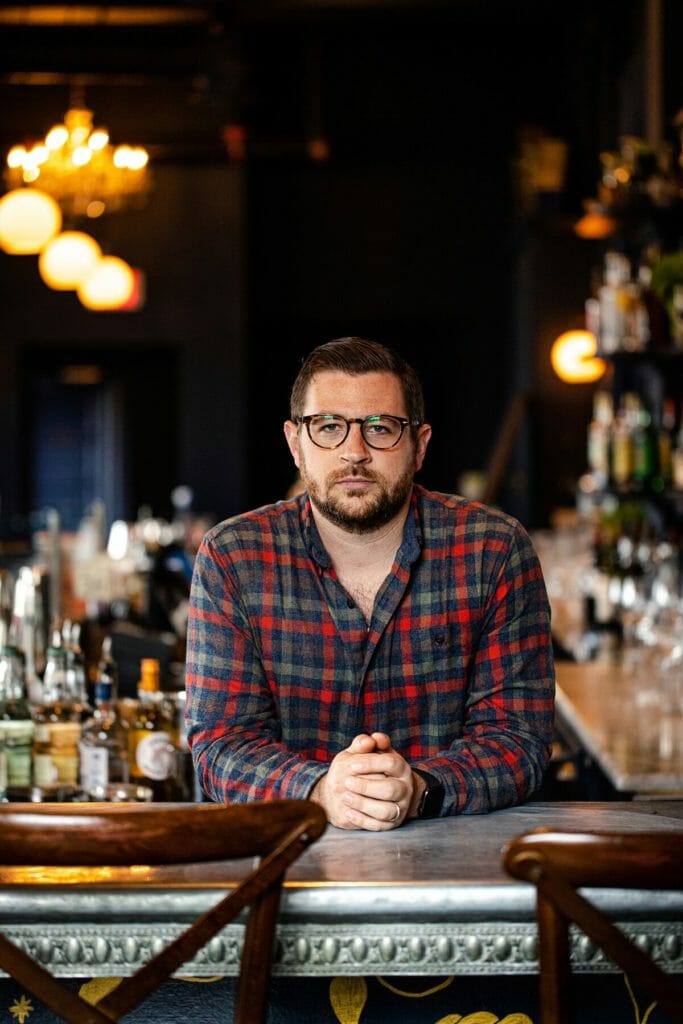 Paul Benkert is on the lookout for new ingredients to infuse into his cocktails. Photo by Justin Tsucalas.

Shaw and Benkert now share a symbiotic relationship, in which the farmer supplies some of the mixologist’s unusual requests for his botanically influenced menu.

One of those requests was for fresh, unripened pine cones. Benkert wanted to use the sap in pine cones to make a syrup for a new gin cocktail. He says this type of syrup is much deeper in flavor than a maple syrup and is traditional in Scandinavian countries.

Shaw had trees with pine cones on his farm, but he had no idea how to get them down. One day this summer, a strong wind storm solved that problem, bringing down a large pine tree on the edge of Shaw’s property.

The farmer and his wife were able to scrounge 40 to 50 pounds of pine cones for Benkert, who is using them in drinks this fall and winter. Benkert says that it was a win for both of them, as he got a good product out of it and the farmer got a bit of added income.

Benkert says people are generally curious about where their food comes from, but they don’t ask the same of their drinks. He has hundreds of bottles of liquor on his shelves, and yet customers rarely ask what vegetable or plant went into a certain drink, or where the sugar came from that went into them. He hopes his cocktails will push people to start asking those questions.

As for Shaw, he enjoys the challenge that often comes with Benkert’s requests.

“It gets a little boring just growing two thousand pounds of potatoes,” he says. 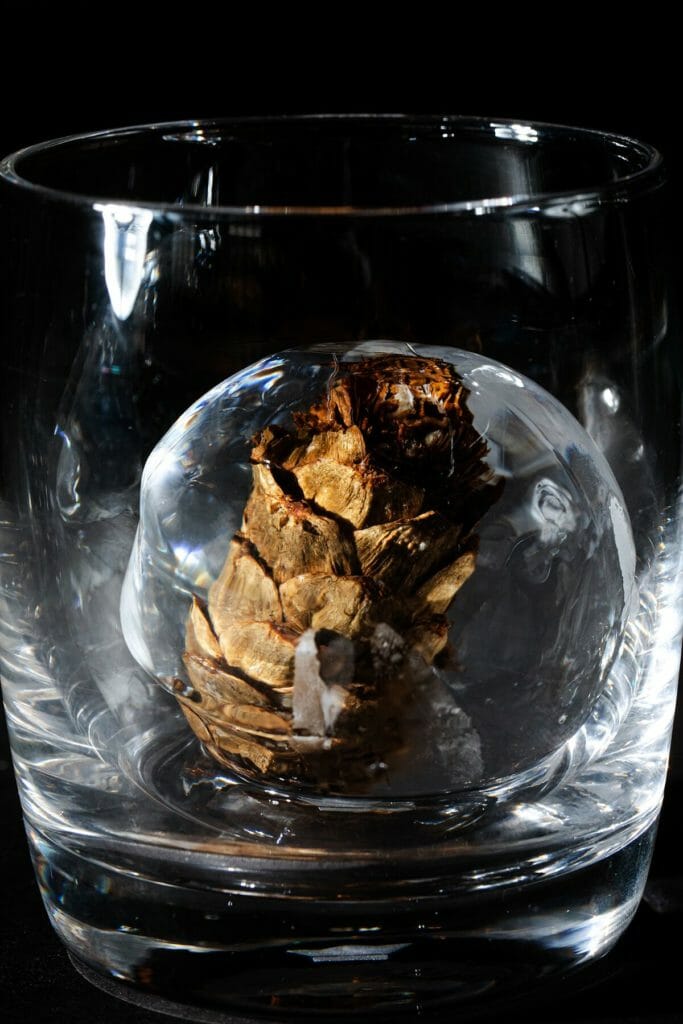 Below is a recipe for the pine cone syrup and one of the bar’s cocktails that incorporates it.

Pine cone syrup recipe:
(1) Fill a pot with harvested green pine cones
(2) Cover pine cones completely with water
(3) Bring to a boil, then turn off heat and let steep for 30 minutes, or up to 24 hours in the refrigerator for stronger flavor. (Watch out, it gets bitter quickly.)
(4) Strain liquid from cones
(5) Pour liquid into pot with turbinado sugar (2:1 ratio pine water to sugar)
(6) Reduce by half on medium heat, refrigerate up to a month

Note: For a more intense flavor and longer shelf life, reduce by 85 percent just before caramelization.

what kind of pine cones are these? Maybe Hemlock? small cones?