Flatulence was a problem. 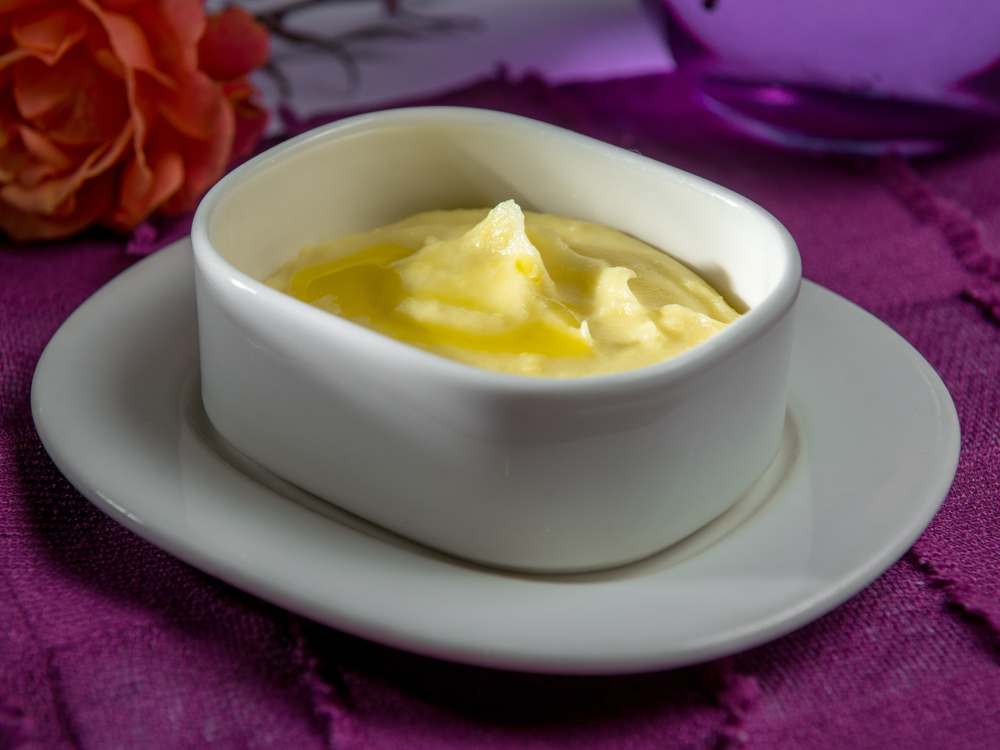 If you’re a certain kind of high-performance athlete, you’re familiar with the sports gels that serve as a carbohydrate and electrolyte booster.

Those gels are standard issue for cyclists, runners, and many other athletes. But what if there’s another solution? What if athletes could eat…mashed potatoes instead?

Typically we don’t highlight research with such obvious conflicts of interest as this new study, conducted by a researcher at the University of Illinois and funded by the Alliance for Potato Research & Education. That funder has an explicit interest in promoting the potato, and this particular study has a variety of issues with it. That said, it is a hilarious study, and we would like to talk about it.

In this study, twelve serious cyclists—all of whom had to pass a threshold of physical fitness and training—were given one of three refueling options during a 120-minute cycling challenge. They’d either have plain water, a commercially available sports gel, or a potato puree.

Sports gels, according to Runner’s World, typically consist mostly of simple sugars, often both glucose and fructose. Some include salts, and some include a stimulant like caffeine. Potatoes are very high in carbohydrates, though mostly those are starches, rather than sugars. But they aren’t nearly as dense in carbs as these gels are.

Many of the gels listed in this roundup by Cycling Weekly offer about 25 grams of carbs in a package typically clocking in at around 35 grams total—very dense indeed. You’d need around 150 grams of potatoes to get to 25 grams of carbs, according to figures from the USDA, which comes out to about one cup of diced potatoes.

Owing in part, say the researchers, to this high volume of potatoes, the test cyclists “experienced significantly more gastrointestinal bloating, pain and flatulence than the other groups.” So it may not have been fun to hammer back mashed potatoes while furiously cycling for two straight hours, but did it work?

It actually did! At least, in this study. The researchers say that the potato group and the commercial sports gel group had nearly identical numbers in their performance, heart rates, and blood glucose levels, indicating that the potato can actually work as an energy fuel. That all said: this is a study of twelve people, a pretty ridiculously low sample size, and the gastrointestinal distress doesn’t seem very fun. Maybe one day, we’ll all be filling our Nalgenes with mashed potatoes. Also: maybe not.

In the 18th/19th century, England recruited heavily in Ireland to fill the ranks of their armies. The Irish lads were raised on a diet of colcannon potatoes and stood an average of 2 inches taller than their English compatriots. Bloating and gas be damned. Potatoes are good food. Do these modern foodists want all the food with no farts or fecal matter?

I realize the research is by The Alliance for Potatoes. but perhaps someone else would like to experiment with other real food alternatives like turnips and white rice. The problem with potatoes, as I understand it, is the resistant starch that forms in cooked then cooled potatoes. Potatoes in this form “resist” digestion and that creates bloating and gas.