Why Are Farmers Protesting the Tour de France? 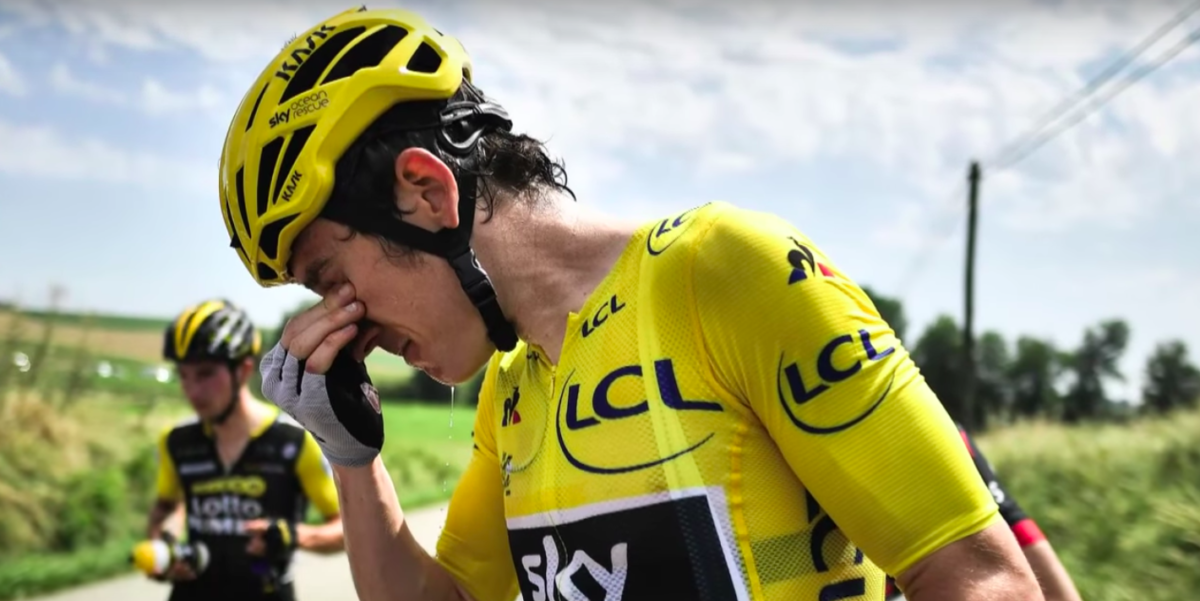 Stories about the incident tend to focus on the tear gas used by French police drifting into the eyes of several top riders, including four-time Tour winner Chris Froome. Little mention is made of the fact that the protesting farmers were also sprayed, and basically no mention of why the farmers took this risk in the first place. Let's see what's actually going on here!
Photography AFP on YouTube
Share
Tweet
Pin
Email

According to the little explanation in English media we have, the farmers were protesting a “to reduce farm subsidies and leave more latitude to member states under the bloc’s Common Agriculture Policy (CAP).” The protests are likely tied to an announcement in May that the European Commission proposed to reduce farmer subsidies in its member states, a proposal that was swiftly met with condemnation from the French government.

What Exactly Does That Mean?

The proposal is a reaction to Brexit, in which the UK’s exit from the European Union will result in an estimated reduction in the EU coffers of about $14 billion U.S. dollars. With that reduction, the EU has to change the way it allocates money, and one of the places the EU plans to change things is the Common Agriculture Policy, or CAP, which handles agriculture subsidies and rural development, sort of like the non-nutrition parts of the American USDA.

The cut in the CAP budget would be about five percent, which might not seem like a lot, but France, with its “politically influential but economically struggling” agriculture sector (description according to The Local France), would be hit harder than any other country. The FNSEA, France’s biggest agricultural union, wrote back in May, “Such a budget is unacceptable: it won’t allow agriculture to meet the new challenges it faces, particularly price volatility and climate change.” In specific terms, the proposal suggests a cap on the number of subsidies that can go to farmers, based on farm size, with the maximum subsidy set at 60,000 Euros.

Direct aid, such as subsidies, is a fundamental part of what allows farmers in France – and in the U.S., too – to survive.

The protesters heaved hay bales and drove tractors into the course while holding signs and yelling to bring attention to the issue. The protesters were sprayed with tear gas and forcibly arrested, while riders who had tear gas spray drift their way were medically treated.

Popular
The Rise of At-Home Hydroponic GardensBridget Shirvell
How to (Actually) Get Rid of Fruit FliesEmily Baron Cadloff
7 Smokable Plants You Can Grow That Aren’t MarijuanaBrian Barth
5 Rare Plants That Are Surprisingly Easy to Care ForEmily Baron Cadloff
Five Differences Between Rabbits and HaresAndrew Amelinckx
Explore Modern Farmer
Related
Environment, Politics
USDA Accepts More Than 2.5 Million Acres in Grassland Conservation ProgramDan Nosowitz
Environment
How Has Hurricane Ida Affected Agriculture and Food?Dan Nosowitz
Labor, Politics
USDA Announces Aid for Farm and Food WorkersDan Nosowitz
Food & Drink, Lifestyle
The Companies Specializing in Farm-to-Door Delivery ServiceShea Swenson
wpDiscuz
We use cookies on our website to give you the most relevant experience by remembering your preferences and repeat visits. By clicking “Accept”, you consent to the use of ALL the cookies.
Cookie settings ACCEPT
Privacy & Cookies Policy