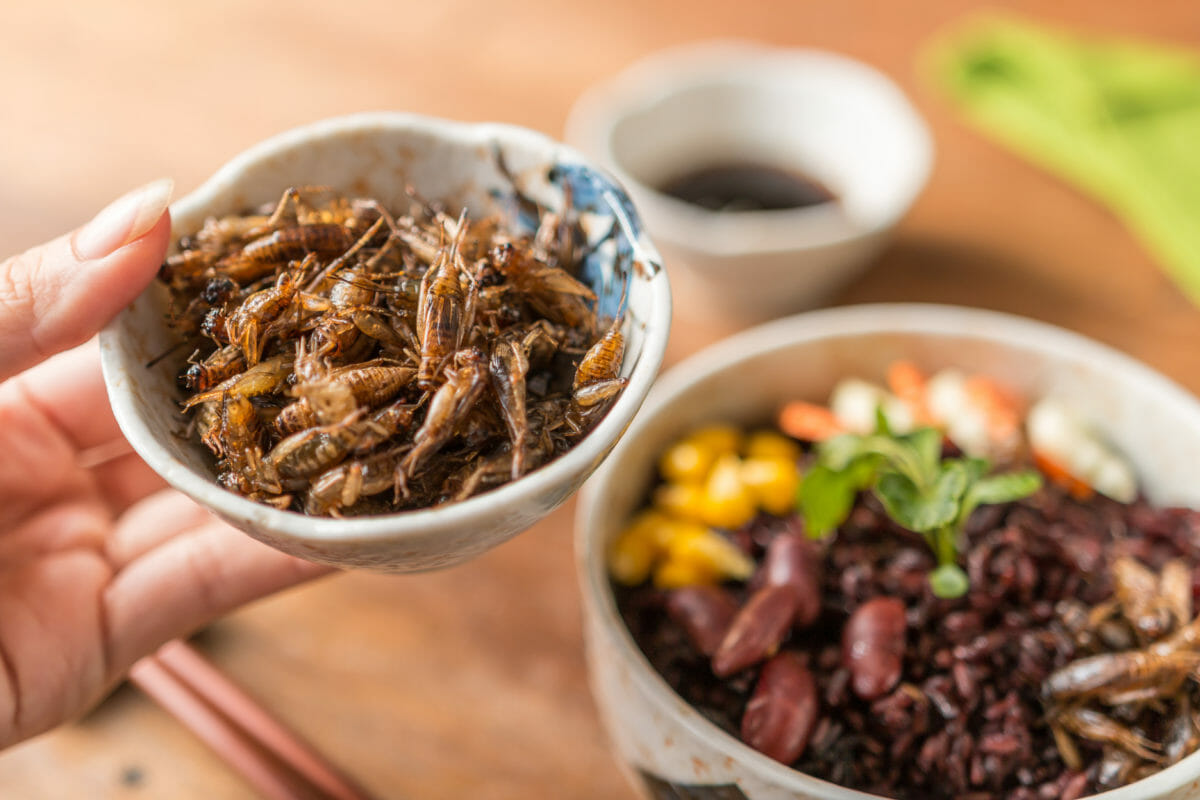 Last week, Flake tweeted that he was attempting to get funding for research into edible insects barred.

I’m trying to get support for blocking taxpayer-funded-bug-for-food-research, but I’m hearing crickets… https://t.co/jNfRJ1zriE

He was attempting to do this through an amendment to an upcoming appropriations bill but has yet to get any support. And for that, we’re glad. It’s a very stupid suggestion.

Flake announced last year that he would not seek reelection, so this might be one of his last actions. Over his career he has been painted as a fiscal conservative; he was one of 11 Congressmen back in 2005 to vote against supplying federal aid money to address damage left by Hurricane Katrina, though in 2002 he voted to authorize the wildly expensive Iraq War.

His proposal would have blocked taxpayer funding for research into edible insects; at the moment, the maximum amount of money that can go to one of those research projects is $100,000, so by government terms, this is very small potatoes. He stated in a brief interview to reporters that his objection was fiscal. “Why in the world?” he said. “I think the best they can do is about $38 a pound and you can buy beef or pork for you know, $3.80. So I just don’t see the sense.”

Edible insects are a very small market here in the U.S., though they’re substantially more popular in many other countries, primarily in Latin America, Africa, Asia, and Europe. The reasons for promoting research into edible insects are not new, and not controversial: insects like crickets are higher in protein than beef, lower in fat, are fantastically versatile (try making flour out of pork), and by the pound, are far more environmentally friendly in terms of land use, water use, and energy use. They require less feed, emit fewer emissions, and have no issues with being fed organic waste. The United Nations thinks promoting edible insects in places where they aren’t currently popular is a great idea. And the price per pound, obviously, is due to a small (if growing) market and a lack of gigantic infrastructure dedicated to promoting it, as in the beef and pork industries.

Comments on Twitter immediately informed Flake of these facts, including many from the small businesses who have been helped by the grants.

@USDA_NIFA grants are awarded in a rigorous selection, ensuring aligned w/ agency priorities w/ solid scientific backing and commercial potential. Important to avoid hypocrisy re:funding in Ag with $13B new subsidies that are only needed b/c unnecessary trade war

Why block agricultural progress? Especially when it can help personal nutrition, food security, and sustainability?

This goes beyond an assault on insect farming. Why would our government restrict funding to any new and promising solution to a major problem facing our nation?

We’ll keep you updated, but thankfully it appears Flake is not getting anywhere with this amendment.

Popular
How to (Actually) Get Rid of Fruit FliesEmily Baron Cadloff
7 Smokable Plants You Can Grow That Aren’t MarijuanaBrian Barth
How to Design a Moon GardenLindsay Campbell
The Unique Struggle of Running a Sheep Dairy in AmericaChristine Clark
Why Seasonality Matters for CheeseHannah Howard
Explore Modern Farmer
Related
Food & Drink
Why Seasonality Matters for CheeseHannah Howard
Environment
Report: Millions of Acres of Grassland Lost to Agriculture This YearDan Nosowitz
Politics
National Farmers Union Announces Campaign to Break Up Agricultural MonopoliesEmily Baron Cadloff
Labor
Biden Administration to Develop Heat-Related Workplace ProtectionsDan Nosowitz
wpDiscuz
We use cookies on our website to give you the most relevant experience by remembering your preferences and repeat visits. By clicking “Accept”, you consent to the use of ALL the cookies.
Cookie settings ACCEPT
Privacy & Cookies Policy