"Once Upon a Farm" foods are certified organic and contain no preservatives, concentrates, or pre-processed items. 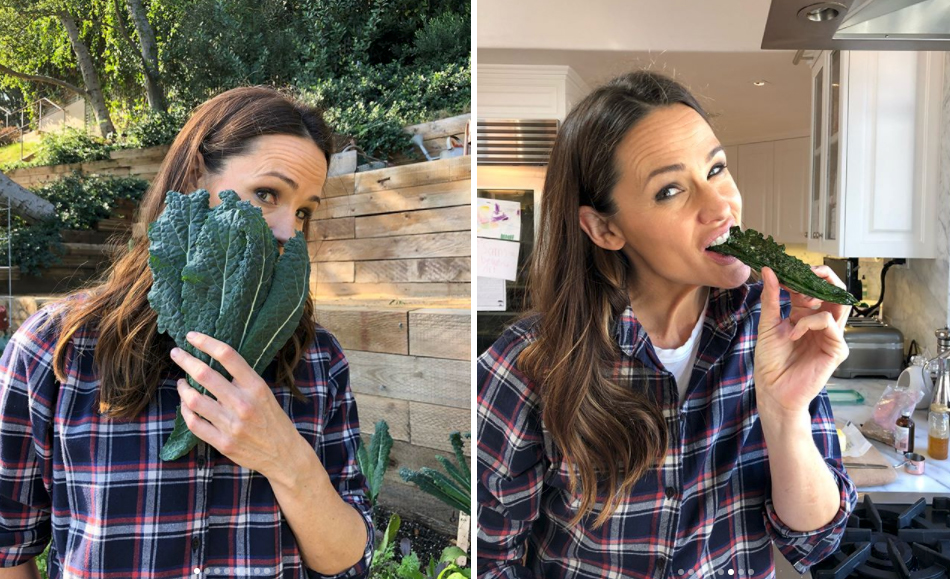 The answer is, of course, both. Diet directly impacts health, and that’s why Garner – a West Virginia native whose mom grew up on a farm, and who has grown up to have a farm of her own in L.A. – is championing a brand that’s sourcing 100 percent of its ingredients direct from farms.

Once Upon a Farm currently makes 14 flavors of certified-organic food pouches for kids five months and up, and four flavors of applesauces for all ages – all with no preservatives, concentrates or anything pre-processed. “We just use organic whole foods in their natural state,” the brand pledges. The pouches are cold-pressed using high-pressure processing, which makes them shelf-stable (though in the refrigerator section) without destroying nutrients.

(Oh, about those age suggestions: There’s nothing to stop mom or dad from sneaking a slurp. Garner loves the pouches enough to use them in her morning smoothies.)

“We can’t just talk about feeding the top 10 percent of kids…we have to talk about how to give that nutrition to the bottom half.”

Garner, who joined Once Upon a Farm in September as chief brand officer, was at the Natural Products Expo West in Anaheim, California, last week representing the baby-food line – and passing out a new smoothie product to hordes of fans. There, she talked about how important it is to make Once Upon a Farm accessible to everyone.

“… We can’t just talk about feeding the top 10 percent of kids, 50 percent of kids, we have to talk about how to give that nutrition to the bottom half, the bottom rungs of the ladder,” Garner told People. To do that, she’s aiming to get Once Upon a Farm pouches included in the WIC program, the USDA’s Special Supplemental Nutrition Program for Women, Infants, and Children, which provides food and other benefits to low-income pregnant, postpartum, and breastfeeding women, infants, and children up to age 5.

Garner has three children – Violet, 12; Seraphina, 9; and Samuel, 6 – with ex-husband Ben Affleck. She grows most of the family’s food on the L.A. farm, according to People, including kale (which she apparently loves making into chips) and peppers that, from this funny video, might be a little too hot. What she doesn’t grow on her own, she picks up at nearby farmers markets, often with her kids in tow – she wants to be sure they have that connection to their food.

Garner is now revitalizing the farm her mother grew up on, in Locust Grove, Oklahoma, to grow organic kale, blueberries, and persimmon for Once Upon a Farm. As she told People, “My mom made all of our food…When we were hungry she would say, ‘Go out to the garden, child, I bet those tomatoes are ready and grab yourself some sugar snap peas.'” The actress says that though as a kid she was envious of her friends whose parents gave them processed, packaged food, she’s become the same sort of parent. Once Upon a Farm is a chance to bring access to healthier, farm-fresh produce to families outside her own.

Heard on the news today that the Once Upon A Farm pouches were approved for WIC recepients. Was looking for more information as to when those items will be available to purchase with benefits?