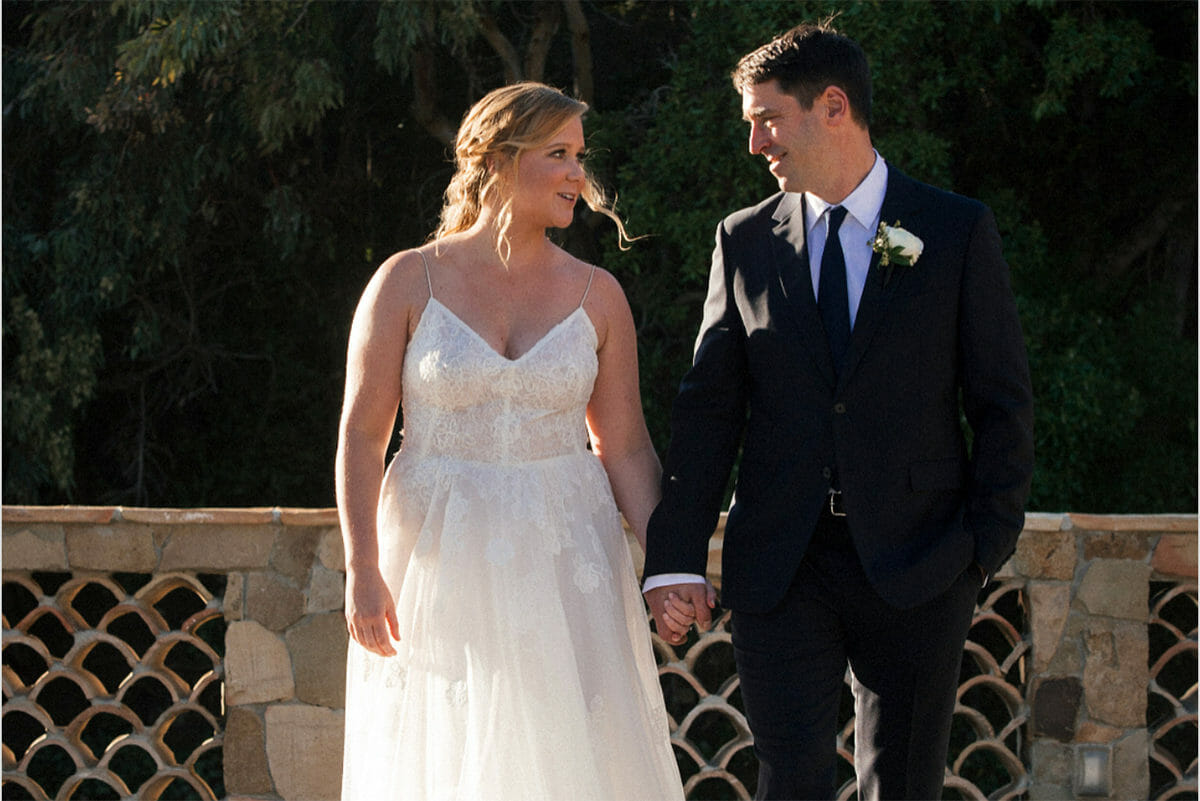 Here at Modern Farmer, we were excited to learn that Fischer isn’t just a chef, but a farmer, too. The Cape Cod native runs Beetlebung Farm on Martha’s Vineyard, a property his grandparents bought in the 1950s, and he took over in 2010. “Poppy worked Beetlebung Farm for over fifty summers; the topsoil deepened and enriched each one of those years,” he wrote of his grandfather in his 2015 cookbook,

. “He and Gaga always woke up early and had breakfast as he scanned the sports pages of the Globe and she watched the news with the volume off. When their coffee cups were empty, he’d lace up his boots and, rain or shine, head out to the garden.”

It’s clear that a respect for the land runs deep in this man’s veins. Here’s to years of happy breakfasts between him and Schumer – and here are 11 reasons to celebrate Fischer’s outlook on food and farming.

He’s a champion of sustainable farming. Fischer’s grandparents never used the word biodynamic, but their style of farming fit the bill. He’s continued their way of life at the five-acre vegetable farm. “The food we grow, the fish we catch, the animals we hunt, and those we raise on grasses and flowers salted by the sea breeze are special because of this [land],” he wrote in The Beetlebung Farm Cookbook.

He turned a single steak dinner into a successful career as a chef. At age 25, Fischer was hired as a grill cook at Babbo, one of Mario Batali’s restaurants in New York City. “I ate a rib-eye steak, which is kind of decadent and maybe silly-sounding, but the whole thing was a transcendent fine-dining experience and my dining companion said, ‘If you like it so much, why don’t you work here?'” he told Esquire in 2013. He applied for a job the next day. He worked at Babbo for nearly three years, then moved on to work in London (mornings at St. John Bread and Wine, nights at The River Cafe), run Beach Plum Restaurant in Martha’s Vineyard (a favorite of the Obamas), and, in June 2016, open The Covington in Edgartown, also on Martha’s Vineyard.

His cookbook won a James Beard Award. The Beetlebung Farm Cookbook, a collection of family stories and favorite recipes, won the American Cooking category in the 2016 awards. Recipes are as simple as his grilled sea bass, which calls for just olive oil, salt, lemon and “the freshest fish possible, caught yourself or by a local fisherman.”

He’s an avid forager. Fischer sometimes teaches culinary classes at Boston University, and occasionally brings students out to his farm to get a better understanding of his whole-cycle approach to growing and eating. BU made a video out of one such visit, during which Fischer brings two students to his “secret foraging spot.”

He hosts legendary dinners in his Beetlebung Farm greenhouse. Invite us?

And he seems to be an entertaining story teller. Fischer performed at for the live storytelling series “The Moth” recounting the first time the Obamas dined at his Martha’s Vineyard restaurant. He sees charming, endearing, and self-aware.

April Bloomfield can’t say enough good things.“Chris is generous with what he holds dear and happiest exchanging stories with friends at a full table,” Wrote the Spotted Pig chef in the foreword to Fischer’s cookbook. “After his mother died Chris went home to farm with his grandfather. We kept in touch through the lovely vegetables he began delivering. He’d arrive with dirt from the fields on his knees and boxes of the best from the farm and woods. He became a farmer but never stopped cooking.”

He supports other farmers.“It’s much more than just buying carrots from a farm because we think that’s what we’re supposed to do,” he told Esquire in that same interview. “It’s having direct relationships with all these producers in order to support them and help them to make a life for themselves that they want, which is in food production. The more money you give directly to farmers, the more they can grow the best food. It benefits everyone.”

His outlook on eating and farming can be summed up quite succinctly: “Cheap food is cheap. Seeds are cheaper.”

He was that kid who ate swordfish instead of mac ‘n’ cheese. Fischer’s dad, an avid fisherman, used to feed his kids swordfish “the way landlubbers soothe their toddlers with mac and cheese,” according to a 2016 story from BU Today. “I have a unique relationship to food,” Fischer told the publication. “I know a lot about its origins, I spend time with fishermen, and I educate myself. … My dad more than anyone displayed to me the pure joy of growing and raising food.”

Yet today, fish is his guilty-pleasure food. And his reasoning is spot-on. “It’s hard to consume fish responsibly since their stocks are in desperate shape,” he told the James Beard Foundation in 2016. “The best way to eat fish is always by doing as much homework as you can while keeping in mind how your dollars can affect an industry as a whole.”

And let’s not forget that Schumer herself has some agriculture roots, too. The comedian spent part of her childhood on her family’s farm, which they eventually lost when hard times hit and the Schumers had to declare bankruptcy when she was just nine years old. At the end of 2016, however, Schumer posted on Instagram that she bought back the property for her father.
Share
Tweet
Pin
Email
1K Shares
Share
Tweet
Pin
Email
1K Shares
Sign up for your Modern Farmer Weekly Newsletter
Subscribe

Wow. Great piece! Thanks. I’m off to go buy his book about the family farm.