Rock lobster ain't just a B52's song, it's a beloved meal around the world. And now scientists have figured out a way to raise them on a farm. 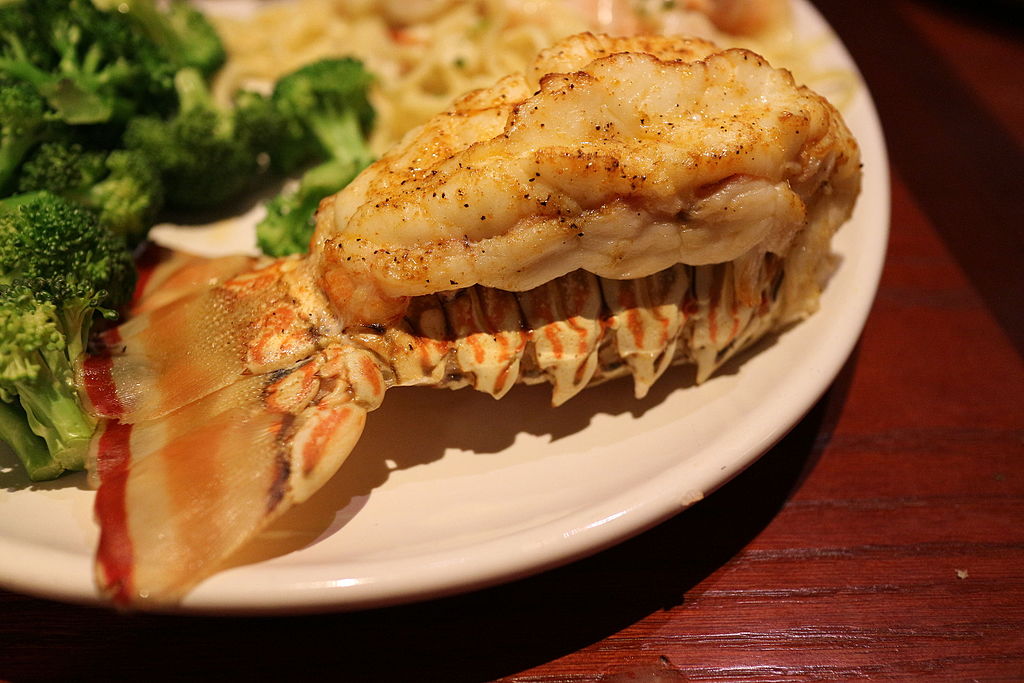 Unlike the Maine lobster – the popular U.S. variety that comes from the Atlantic Ocean – the rock lobster, or “spiny lobster,” as it’s also know, lives in warm waters like the Caribbean Sea and Pacific Ocean. It should be noted that “rock lobster” isn’t just one kind of crustacean (or simply the title of a B52’s song, for that matter) but a general term for a bunch of different, related species. In a lot of places around the world, rock lobster of one sort or another is the go-to crustacean at dinner time, especially down under.

People love rock lobster. A lot. So much so that over the years their numbers dwindled in the wild requiring countries like Australia to enforce a quota system that caps the amount that can be taken by fishermen. In the case of the Australian rock lobster, the notion of producing commercial quantities in a hatchery has, until now, been nearly impossible. The creatures are notoriously hard to grow from eggs because of their complex life cycles – one of the longest larval developments of any marine creature – which require slightly different growing conditions in the various early stages of their lives.

But researcher at the University of Tasmania’s Institute for Marine and Antarctic Studies (IMAS), located in Hobart, have figured out how to grow the creatures in special tanks, using a particular diet and hygiene practices that took more than 15 years to perfect, according to the Mercury newspaper. The details of the technology are being held close to the vest by the researchers, but we do know it uses a closed-loop system involving 10,000-liter tanks that recirculate and purify the water, that it’s shortened the time the lobsters spend in their larval stage, and that no antibiotics are used in the process.

Unlike commercial production of rock lobster in Indonesia and Vietnam , which uses young, wild-caught lobsters as stock, the Australian venture will be the first in the world to start from eggs, which means it won’t be diminishing the supplies in the wild – rock lobsters can produce as many as half a million eggs at a go (obviously in the wild not all of them will make it to adulthood). Although the Maine lobster and its close relative, the European lobster, aren’t farmed, per se, there are some hatcheries in the U.S. and Europe that grow them from larvae and release the juveniles into the wild where they are then caught once they reach maturity.

PFG Group, a Tasmanian maritime equipment manufacturer, has invested $10 million (about $8 million U.S.) in the project in a spin-off company from the university and is planning to build a commercial hatchery scheduled to be up and running by 2021, according to news.com.au. The young rock lobsters could then be transferred to facilities around the world, where they can be grown to market size.

“I definitely think it could be a multimillion-dollar industry in Australia – land-based lobster production to the tens if not hundreds of millions of dollars,” PFG chief executive Michael Sylvester told the Australian newspaper recently. “There is a huge export opportunity, multiple additional jobs in Australia, and high-value science.”

China is a huge market for rock lobster (about 95 percent of the catch from the U.S. West Coast heads there) so the Aussies are hoping that they’ll be able to take advantage of the continued demand.