A diamond ring lost 13 years ago just turned up on a carrot - in the garden in which it was lost. 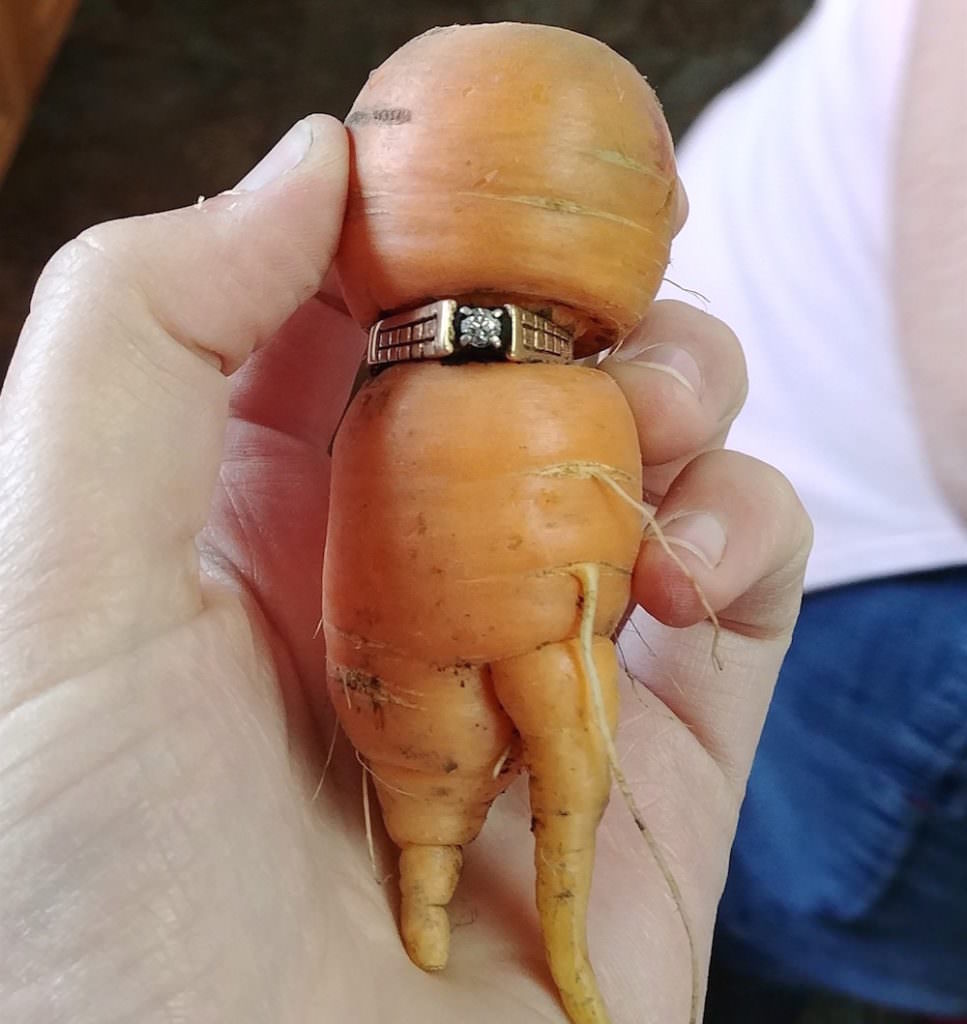 Mary Grams, an 84-year-old woman from the Canadian province of Alberta, lost the ring more than a decade ago, in 2004, while weeding her garden on her family’s farm near the hamlet of Armena, according to 660 News. When she realized she’d lost it, Grams desperately searched, but had no luck finding it.

She’d given up hope of ever recovering the ring given to her to in 1951 by her husband Norman a year before they married. She never told him about losing the ring. He died five years ago, just after their 60th wedding anniversary, never suspecting the ring Grams had been wearing was a cheap substitute she’d bought after that fateful weeding incident.

But this past Monday, Grams’ daughter-in-law Colleen Daley was harvesting from the same garden plot when she pulled up a strange looking carrot. At first she didn’t notice there was something wrapped around its center and nearly fed it to her dog, Billy. But at the last minute, she decided to toss it in the basket with the rest of the day’s lot. It was only after Daley cleaned it up that she discovered the ring through which the squat misshapen carrot had somehow grown.

“I asked my husband if he recognized the ring. And he said, ‘yeah.’ His mother had lost her engagement ring years ago in the garden and never found it again. And it turned up on this carrot,” Daley tells the Canadian Broadcasting Corporation.

Grams, who no longer lives on the farm that’s been in the family for more than 100 years, couldn’t believe it when she received a call from Daley.

“I feel relieved and happy inside,” Grams tells 660 News.”It grew into the carrot. I still can’t figure it out.”

The ring is now back on the rightful owner’s finger. No word on what became of the lucky carrot.