For some kids, when school's out, they're also out of options for a healthy meal. Thanks to a new app, that's changing. 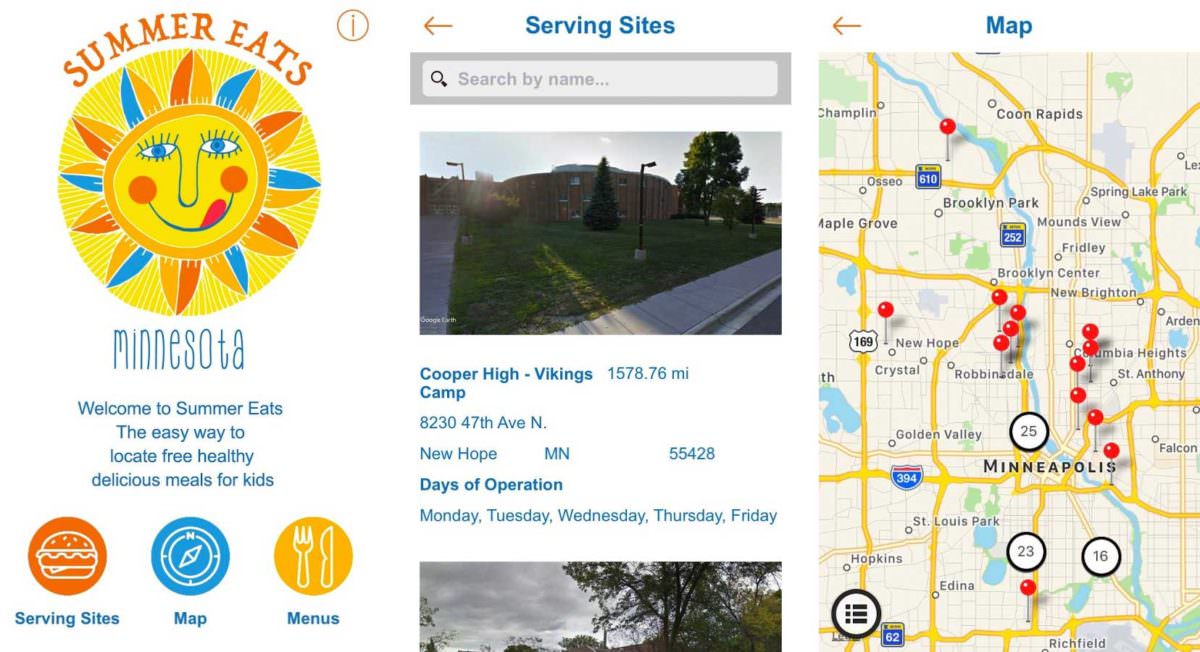 The latest, from Minnesota, is called Summer Eats Minnesota and lets kids under 18 find free summer meals throughout the state. Children can just show up at these food programs, which are located at libraries, parks, community centers, schools, etc., and get something to eat, no prior registration required.

The app was developed by Minneapolis-based nonprofit Hunger Impact Partners in collaboration with Minneapolis Public Schools and the Minnesota Department of Education. According to Hunger Impact Partners, Nearly two-thirds of Minnesota kids eligible for the federally reimbursed summer meals aren’t participating due to not knowing how to find sites where meals are available. Additionally, 91 percent of kids in the U.S. between 13- and 17-years-old have at least occasional access to smartphones, tablets, or other mobile devices, so it makes sense. Besides having an interactive map, Summer Eats also provides menus, and days and hours of operation.

The app launched earlier this year and is available at the Apple App Store and Google Play. While it was touted as the first of its kind, there’s a similar app in Massachusetts that launched last year (and was updated this year) that shows the closest facility to find a meal at sites participating in the USDA’s Summer Food Service Program, which provides low-income children nutritious meals when school’s out.

Georgia residents also have a similar app and website that was created by a local high-school student in 2014; FoodFinder also pairs users with the closest location to find a free meal.