Well, maybe not "replacement." But a fun project nonetheless. 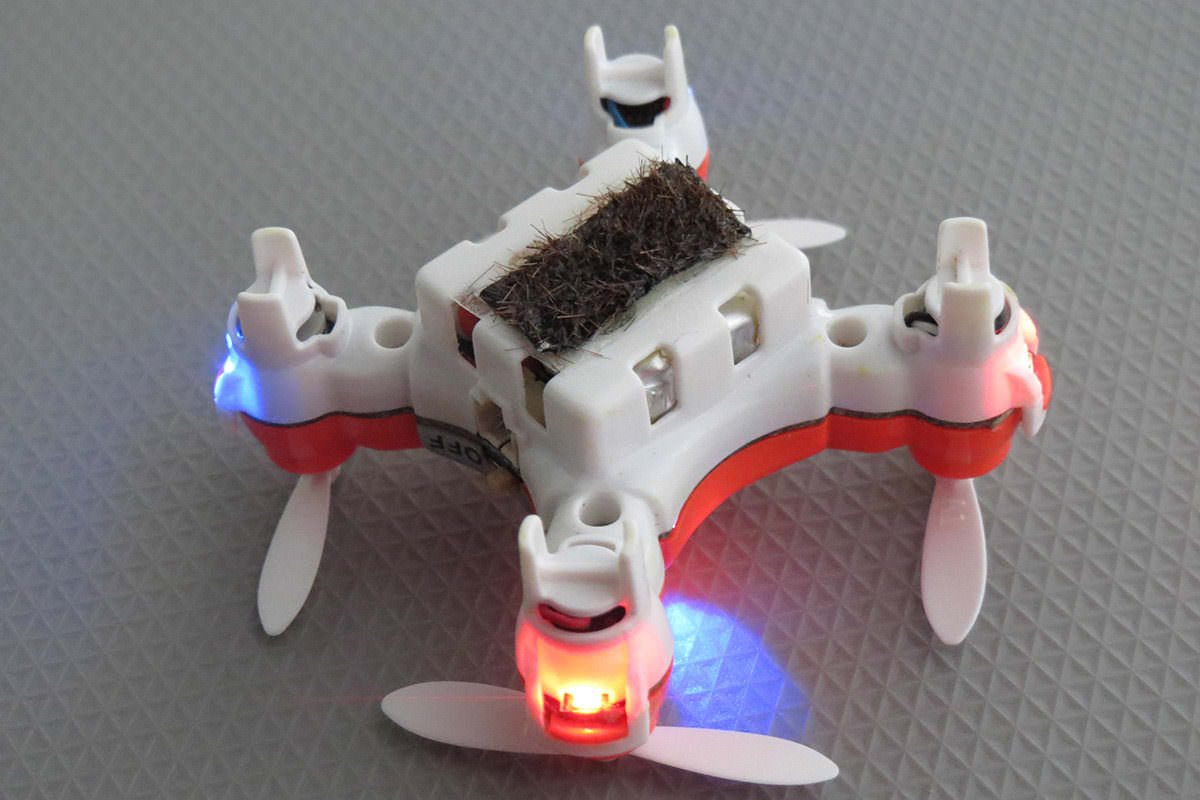 Eijiro Miyako, a researcher at Japan’s National Institute of Advanced Industrial Science and Technology, has crafted what he thinks might be a temporary solution, or part of a solution, to the difficulties farmers may have pollinating their crops: a tiny, sticky drone.

It is possible to hand-pollinate plants; home gardeners might be familiar with the Q-tip method, in which you rub off pollen from the stamen of a male flower onto the stigma of a female flower. But this is an extremely labor-intensive job, slow and delicate, which is why farmers tend to rely on bees. They’ve been doing it longer, after all.

Miyako, though, has created a drone that could function in a similar way to a bee. At only 1.5 inches wide (and about the length; it’s kind of square-shaped), the tiny drone is nimble enough to perform the duties of a bee. To collect and transfer pollen, the drone is outfitted with a patch of horsehair bristles on its underside, coated with a stick gel. Essentially, this is a bee-drone.

Experiments indicate that the drone does work; Miyako used it to pollinate a Japanese lily. At the moment, the drone is not autonomous and thus must be controlled by a human, making it really more of a prototype than anything else, but eventually it could be outfitted with cameras, sensors, and GPS locators in order to detect and methodically pollinate many plants.

There are some significant issues with the drone, though. For one thing, this sort of setup is likely to be incredibly expensive. Similar-sized mini-drones retail for about $35 each, and that’s without any of the more advanced hardware and software a drone setup would need to operate autonomously. For another, the tiny size and high energy required to fly make small drones extremely short-lived. These drones usually can only last for about ten minutes on a single charge, which would make it troublesome to operate a large fleet over a significant area of farmland.

So, in summary: drones are not exactly be replacing bees, and of course bees are not a lost cause but rather an emergency that requires attention. Still, it’s a fun project. Might we suggest some black-and-yellow striping on the drone’s casing, though?