This year's crop of farm crime includes the theft of a giant rabbit named Dolly Parton and thieves who mistook hops for pot. 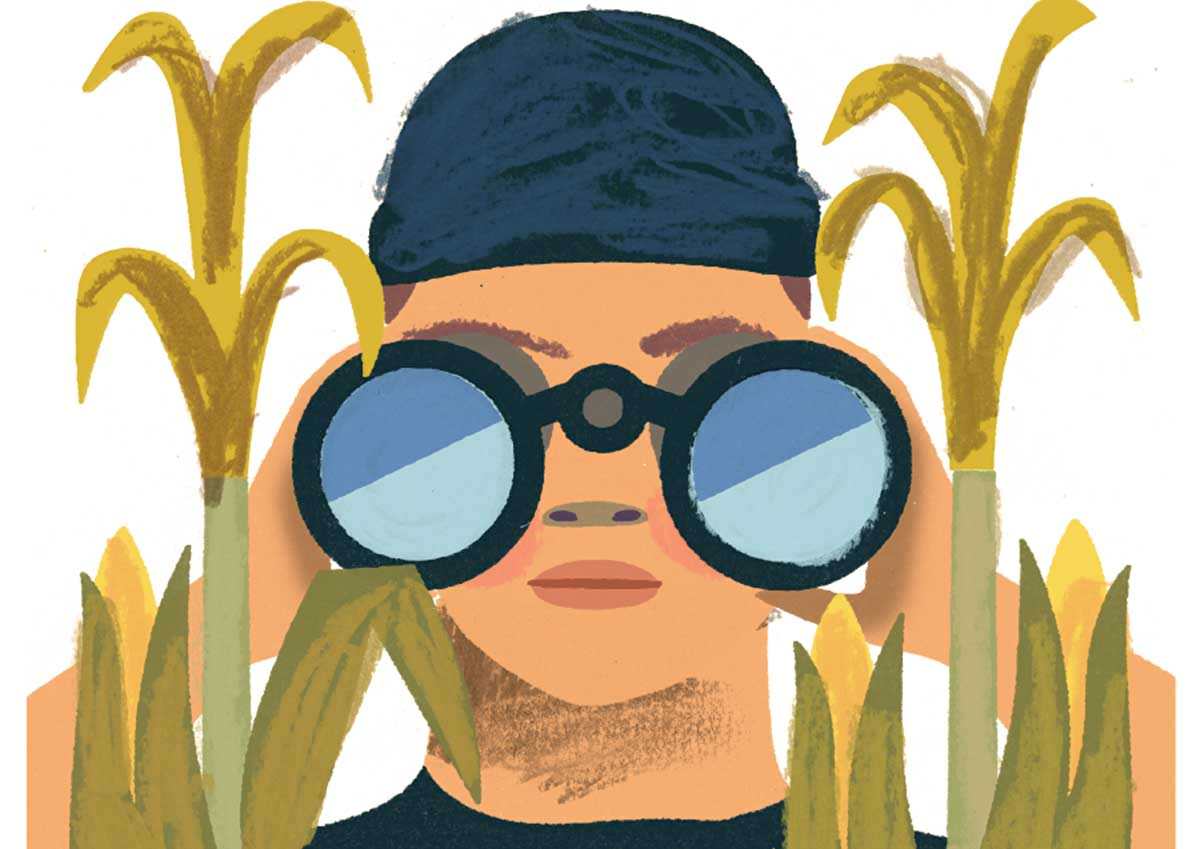 A Texas-sized Sentence: They say everything’s bigger in Texas. One cattle rustler – yes, there are actual, real-life cattle rustlers out there – learned this the hard way in February when he was sentenced to 30 years in prison for stealing 15 head of cattle in the Lone Star state.

Cheesey Crime: Wisconsinites are really into cheese. I mean c’mon, they even where it as headgear while watching the Green Bay Packers. So it should come as no surprise that thieves in the Badger State would be willing to risk prison time for a dairy product. In January, in two separate crimes, thieves made off with $160,000 worth of cheese. All the cheese was later recovered.

Hand Over the Chicken and No One Gets Hurt: Farm crime isn’t just an American problem. Over in the United Kingdom, this year thieves have been targeting fancy and rare chicken breeds that have become super trendy and expensive. The birds can run anywhere from $60 to more than $1,000 each, and where there’s money, crime is sure to follow.

Sticky Fingers: Even maple syrup isn’t safe. Like Wisconsin and cheese, Vermont and maple syrup are synonamous with one another. And just like in Wisconsin, Vermonters are willing to flout the law to get their sticky fingers on the sweet stuff. In April more than 64 gallons of maple syrup worth around $4,000 was nabbed from a farm stand in Dummerston.

Why Am I Not Getting High?: On Prince Edward Island, Canada, alleged thieves broke onto a hops farm this month and were quickly arrested by members of the Royal Canadian Mounties. After their arrest, they told investigators they thought they had broken onto a marijuana farm. Whoops, wrong plant!

Unsociable Media: In an attempt to put a stop to the criminals targeting them, farmers in the agricultural community of Hilmar, California started using Facebook like a community watch program where folks can report suspicious activities and help each other recover stolen items. They’ve been able to recover thousands of dollars worth of stolen loot.

Dolly Parton’s Comeback: Apparently using social media to stop crime does actually work, or it did in the case of a 20-pound stolen bunny named Dolly Parton from Salt Lake City, Utah. Someone nabbed the plus-sized Flemish Giant rabbit from Wheeler Historic Farms. But thanks to a Facebook post from the farm that went viral, the thief had a change of heart and returned Ms. Parton to her home.

Pesticide Drift Leads to Alleged Murder: On a much more serious note, in late October an argument about pesticide drift between two farmers with adjoining land on the Arkansas-Missouri border led to the shooting death of one man and the arrest on murder charges of the other, according to police. Mike Wallace, a 55-year-old soybean and cotton farmer from Monette, Ark., was allegedly shot and killed by Allan Curtis Jones, 26, a farmer from Arbyrd, Mo. Wallace had complained that his soybean crop had been damaged by drifting dicamba after Jones had illegally sprayed the pesticide on his own farm.