Truck Full of Dead Bees Delivered to the EPA 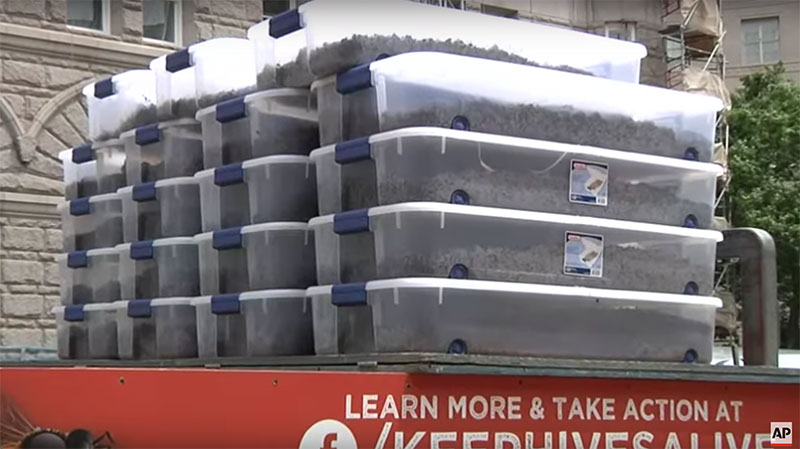 Keep Hives Alive is a two-fold group: Their aim is both to educate about the desperate need for honeybees and to advocate for concrete legislation that could help protect them. As part of that effort, the tour includes an awfully stark reminder of just how bad things are out there in bee-world: a truck full of 2.6 million dead bees.

That amount, as Environment America’s Anna Aurilio told the Associated Press, is meager, all things considered: only about 75 hives. A whopping 44 percent of all beehives in the US were lost this past winter, and given that more than two million hives are needed for California’s almond crop alone, you can imagine what a tiny percentage those 75 hives are.

The various members of Keep Hives Alive, while in Washington, DC, this week, have met with members of the EPA, Congress, and the USDA to make their case, as well as to deliver more than 4 million signatures and, you know, those dead bees. Their demands primarily consist of some sort of ban of neonicotinoids, a class of pesticide that’s been repeatedly linked to weird, dangerous behavior in bees, including reduction in appetite and activity, inability to reproduce, and loss of brain cells.

The campaign is still ongoing, looking for more volunteers, donations, and petition signatures – you can read more about it here.