How Honeybees Make Our Beer Even More Delicious

You can't spell beer without "bee." 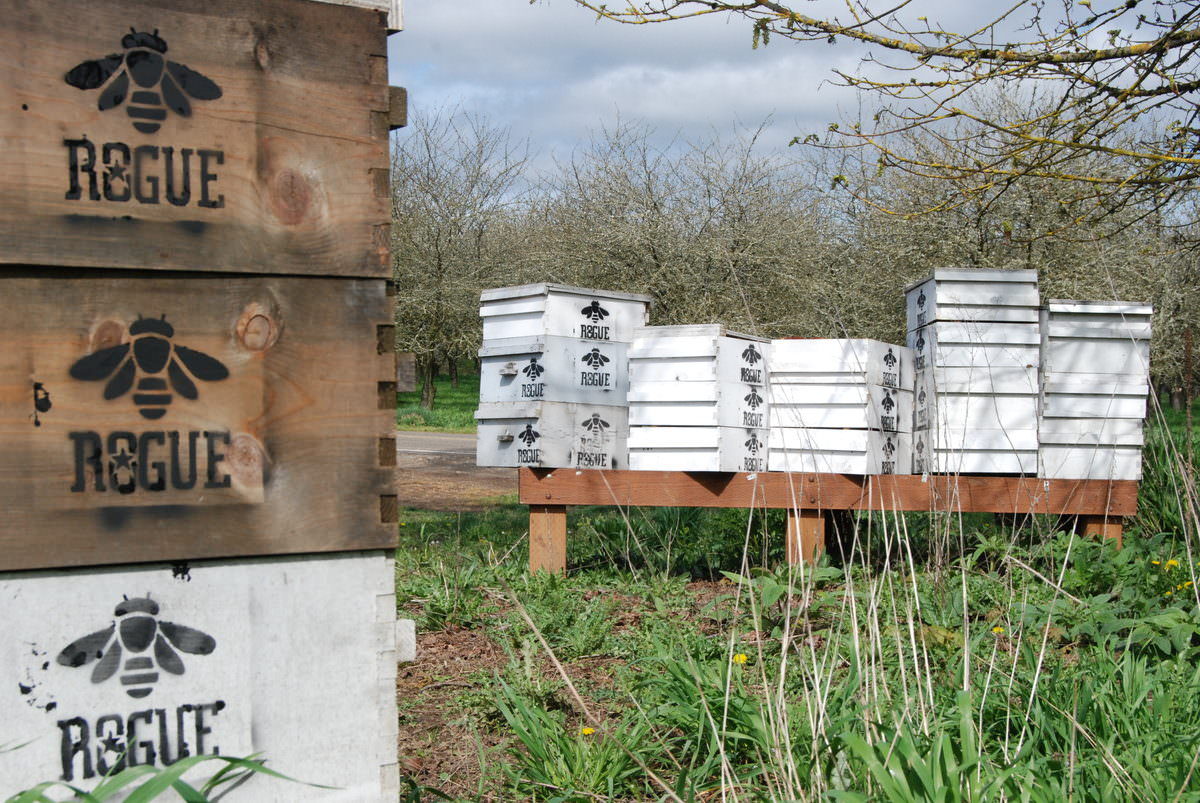 While many breweries pair up with local beekeepers to provide honey for certain beers, others have gone a step further: They’ve brought hives directly onto the farms where they grow other ingredients used in brews, like hops, grains, and fruits.

Wardeca Brewing Company, in Laytonsville, Maryland, is a small farm brewery, which sits on land that housed a boys’ camp in the 1950s and then became a horse farm and riding center. The brewery is the latest iteration of the three-generation business. Besides growing hops, herbs, fruits, and vegetables used to make Wardeca’s beers, the family also keep bees, with the honey used for their honey wheat beer, Little Dam, the head brewer Keith Kohr told The A Position in March.

At Plan Bee Farm Brewery, a 25-acre farm and small brewery in Poughkeepsie, New York, husband and wife brewers Evan and Emily Watson cultivate the yeast they use for fermenting their beer from their bees’ honeycombs. The bees collect the wild yeast while foraging. This is just a small part of Plan Bee’s dedication to either growing their ingredients or sourcing them locally, according to Craft Beer & Brewing.

On the larger side of the industry, Rogue Ales & Spirits, an Oregon-based brewing company that has been an innovator in the farm-to-barrel movement, began keeping apis mellifera (that’s the fancy Latin name for honeybees) on Rogue Farms in Independence, Oregon, beginning in 2012. Today, they have, at last count, 7,140,289 honeybees that provide the all-important ingredient for the company’s Honey Kolsch beer and Marionberry Braggot (a mead-like drink with a history dating back at least to the 1200s; Rogue starting brewing theirs in 2014). The honey is also used as a natural sweetener in the company’s line of sodas. Besides using the pollinators for honey, Rogue says the insects visit up to 1,500 flowers a day, gathering nectar and pollinating blossoms.

Anna Abatzoglou, Rogue’s Minister of Fire Starting (which is a fancy name for marketing director), says it was a natural step to begin keeping bees as part of the “Grow-Your-Own Revolution” the company has fully embraced. “Our honeybees not only pollinate our marionberries for our Marionberry Braggot, pumpkins for our Pumpkin Patch Ale, jalapeños for our Chipotle Ale, cucumbers for our Spruce Gin, and dozens of other ingredients, they also collect nectar and create a honey that showcases the terroir of Rogue Farms,” she tells Modern Farmer in an email.