The magic of an old Jewish workaround to Kosher laws finds favor among younger chefs. 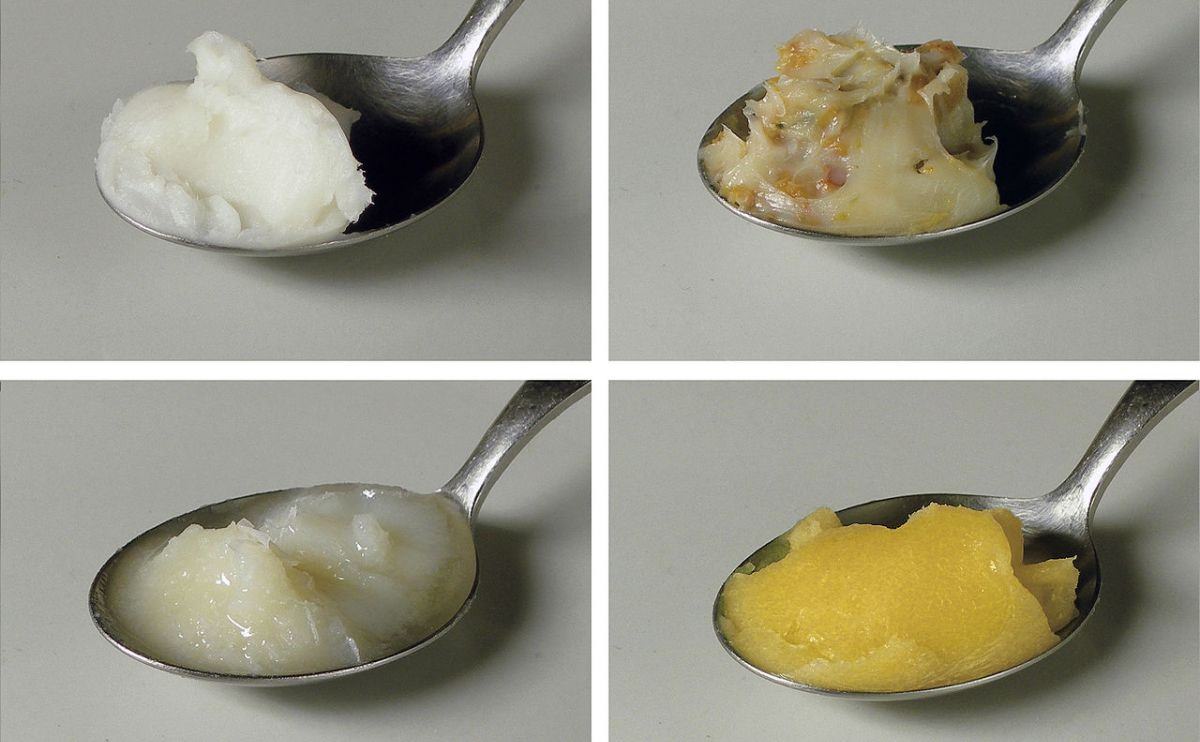 So let’s first discuss what schmaltz actually is: It’s essentially, chicken fat, typically made by simply cooking chunks of skin-on, bone-in chicken, and usually some chopped onion, in a pan over low heat for a fairly long amount of time. The heat turns the chicken fat from solid to liquid, and it eventually melts out of the chicken and into the pan, a process called “rendering.” This also leaves some crisp chicken skin in the pan, which in Yiddish are a delicacy known as gribenes. (You’ve done this before; putting a strip of bacon in a pan and crisping it is the exact same process. And in fact, gribenes is sometimes known as “Jewish bacon.”)

Though schmaltz can be made with goose and duck fat, in the United States, where goose and duck are not nearly as commonly eaten, schmaltz is almost exclusively made with chicken. The process is one of many techniques Jews have developed for working around the rules of Kashrut, or Kosher; eating Kosher is like a life-long Top Chef challenge.

Most varieties of fat are either non-Kosher or weren’t affordable in much of the Eastern European Jewish community. Lard, made of pork fat, is, obviously, not Kosher. Butter, though definitely a part of Jewish cuisine, can’t be used to cook meat, due to the ban on the combination of dairy and meat. Most cheap varieties of beef fat, like suet, are not Kosher, due to a prohibition on fats known as chelev, referring to a specific kind of animal fat. (The rules about chelev are sort of arcane and complicated, but basically prohibit animal fats taken from around organs, which would include suet.) Jews in the United States now usually opt for relatively inexpensive vegetable or olive oils (or, weirdly, Crisco, which is hugely popular), but these oils were prohibitively expensive in Eastern Europe before around the 1950s.

So Jews were left to figure out some kind of workaround, something that isn’t pork, isn’t dairy, isn’t expensive, and isn’t chelev. The solution to this problem ended up being schmaltz.

And, luckily, it turns out schmaltz is incredibly delicious. Jews have long used it to cook meats, but because it’s so tasty, it’s used as an all-purpose fat. It’s used to fry potato latkes, in place of oil. It’s salted and spread on bread, in place of butter. A small pitcher graces every table at New York’s justifiably famous Sammy’s Roumanian Steakhouse, a traditional, out-of-time Ashkenazic restaurant. But over the past few years, it’s also been popping up in trendier, often not-at-all-Jewish establishments.

At Ivan Ramen, the New York outpost of the Tokyo ramen shop run by expat New Yorker Ivan Orkin, schmaltz is a key ingredient in the base for his shio ramen. Chef David Santos, who operates a Nashville-style hot chicken pop-up, says, “Traditional hot chicken sauce is made with pork fat. I chose chicken fat, a.k.a. schmaltz, because its melting point is lower so it coats my hot chicken better, especially as it cools. Now I love pork fat but for this application, chicken fat for the sauce just gives the dish a better mouth feel.”

Chef Kevin Adey of Brooklyn’s Faro combines schmaltz and gribenes for something very old yet very new. “Schmaltz is awesome – I often finish dishes with it,” he says. “I caramelize chicken skin, puree it with the rendered chicken fat, and use it to finish items like white asparagus and scallops, even cauliflower and dark leafy greens.”

Who knew that an old Jewish technique would find favor in everything from Japanese to Southern to new American food?

Chicken was also relatively expensive even in the US before the 1920s and industrial farming of chickens.
Ducks and geese were used in Europe because of the large amount of fat available on a goose and then feathers were used for pillows covers etc. with chickens the amount of fat per slaughter is negligible This is why duck and goose fat were more common in central and Eastern European Jewish homes