Yosted: Kansas City Royals Manager is a Hero to Bees

"There's not enough bees in the world, boys." 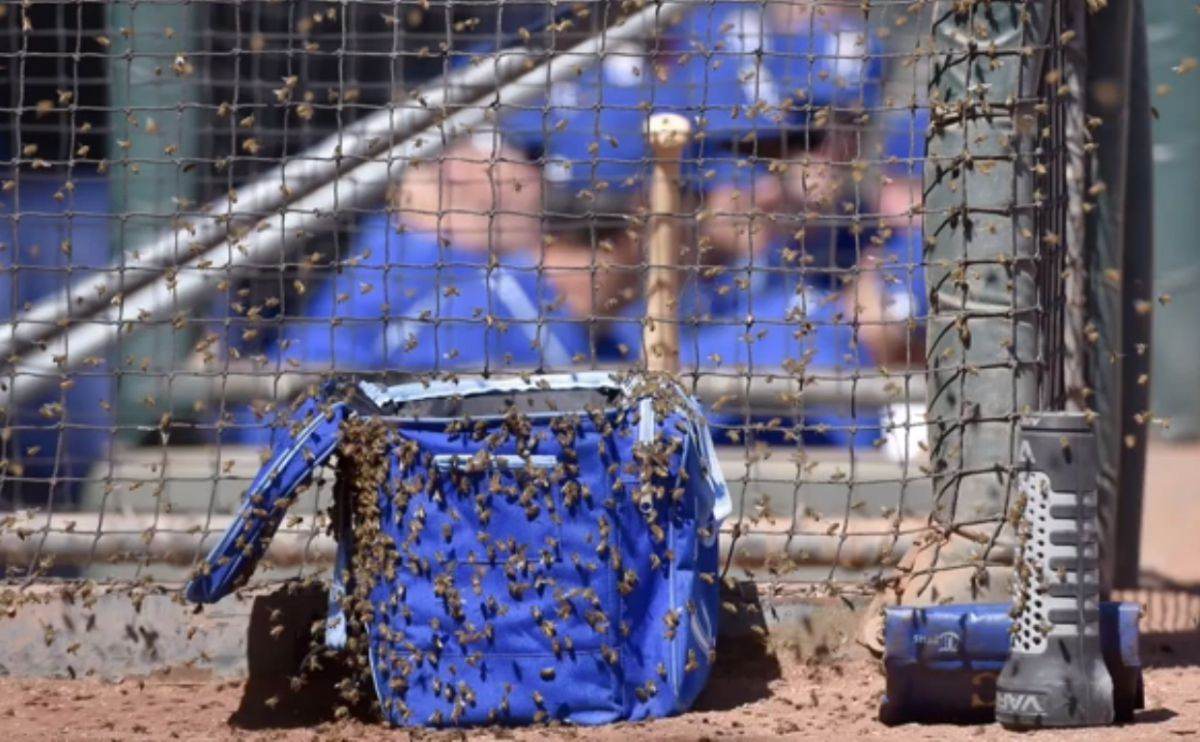 The 2015 World Series champions play their spring training games in the dry heat of Tempe, Arizona. But Arizona isn’t only the temporary home of the Royals; honeybees, both the western honeybee and the “Africanized” hybrid honeybee, find the climate comfortable as well.

Last year, on March 8th, 2015, a swarm of honeybees overtook a Royals game and were exterminated, much to the displeasure of manager Ned Yost. A self-described “country boy,” Yost was outraged that the bees were killed, telling reporters, “I’ve never seen mass bee genocide like that.”

Luckily, Yost got his chance yesterday to make a difference and prove his allegiance to the bees. Exactly one year after the “mass bee genocide,” another swarm of bees took up residence at a Royals spring training game. When officials made moves to repeat last year’s extermination, Yost stepped in and stopped them.

#Royals Ned Yost wants the bees vacuumed up, not killed during game against #Rockies. @KCStar@Royalspic.twitter.com/wHoagjtBsN

The swarm gathered around the Royals’ dugout, forcing the evacuation of the first two rows of seating and threatening to delay the game. But Yost managed to find, in the crowd, a 71-year-old retired beekeeper, Lowell Hutchison, whose kids had managed with unbelievable foresight to score him tickets to the one game where his services would be needed.

Yost has emerged as an unlikely defender of bees, telling reporters after the game (which the Royals won):

“There’s not enough bees in the world, boys. We can’t be exterminating them. I’m telling you, they are dwindling, and they’re so important to our environment, because they pollinate everything. It doesn’t make any sense for me to panic and kill bees.”

Yost on bees: “They’re not gonna mess with you; just don’t mess with them. Kind of like the #Royals.” #RoyalsSThttps://t.co/osKdQMYpil

Yost is speaking about “colony collapse disorder,” which over the past decade has reduced honeybee numbers by at least 30 percent and threatened our entire food supply, as well as damaging the ecosystem in ways we don’t even know about yet. But it looks like the bees have allies in high places.