How Safe is it, Really, to Eat Food Grown in an Urban Garden? - Modern Farmer
Food & Drink, Plants

How Safe is it, Really, to Eat Food Grown in an Urban Garden?

Or: Can I eat this tomato I grew on my roof? 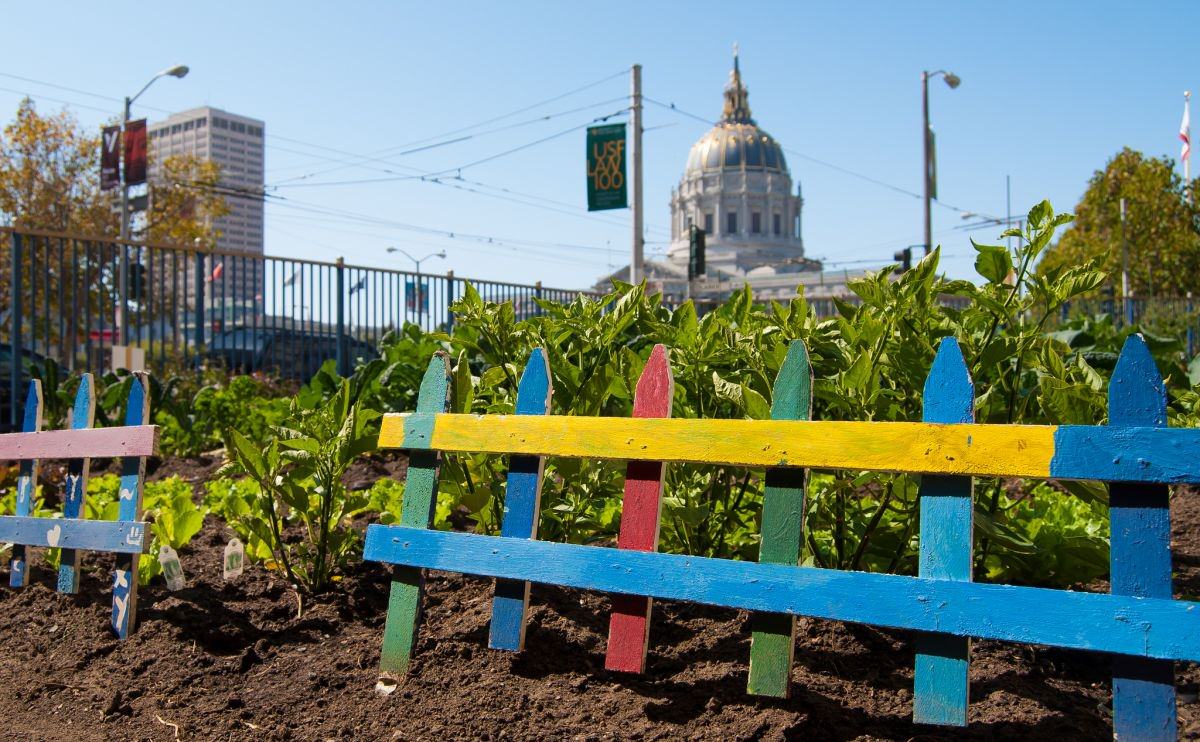 To figure out whether it’s safe to grow food in an urban environment, we have to get pretty deep into what possible dangers there are, whether those dangers are at a high-enough level to affect people negatively, and whether there are any fixes that can counteract those dangers.

Urban farming does present some difficulties not seen in more rural environments; the greater concentrations of people and pollution can have an adverse effect on soil. The most common contaminants in soil are lead, other heavy metals like arsenic and copper, and a group of baddies known as polycyclic aromatic hydrocarbons, or PAHs. These come from a wide variety of places, including paint, fuel emissions, treatments on wood, coal ash, sewage, and pesticides.

Different urban environments have different levels of all of these. Older cities, even those in the US which aren’t nearly as old as those in the rest of the world, tend to have higher levels of heavy metals, because use of products including those chemicals was much more common a few decades ago. But other than that, contamination doesn’t seem to vary all that much: one recent study found that even New York City, one of the country’s oldest major cities and its most dense, has levels of PAH contamination basically the same as any other city.

Testing for contaminants is not really something most urban gardeners can do; most look for one specific contaminant, rather than providing an overview of what’s going on in the soil. That makes testing pretty expensive and much less effective. What if a particular variety of PAH is your main contaminant, and your local testing center doesn’t have a test for it, or has never heard of it? You might get a clean bill of health, but it won’t be of much use.

From here we have to figure out just how dangerous these contaminants are, and that’s where things start to get a little complex. A new study from the University of Washington goes a long way in explaining the effect of lead contamination in urban gardens. It finds that despite higher levels of lead in urban garden soils, that doesn’t necessarily translate to lead-filled produce. Plants do absorb the lead in soil, sometimes, but it’s kept in the roots, not moved through the stems and into leaves or fruits. That means that carrots might be slightly higher in lead when grown in an urban garden, but tomatoes won’t. (Tomatoes and any above-ground produce, though, are vulnerable to buildups of pollution and weird urban detritus. But washing should take care of that.)

The study also found that using compost can effectively negate any nasty effects of lead, even in the roots of plants.

Even that carrot’s slightly elevated level, the Washington study finds, is pretty minimal; lead poisoning can build up levels of lead in the body and lead to everything from developmental issues to death, but you’re unlikely to take in very much lead from eating a carrot grown in an urban garden. In fact the real danger is in the soil, not in items grown in the soil, which mostly suggests that you should wash your produce before eating it – and you should definitely not ingest urban soil. The study also found that using compost can effectively negate any nasty effects of lead, even in the roots of plants. “In some instances, compost will actually render the lead insoluble, meaning it’s unlikely to be absorbed into the bloodstream if eaten,” according to the study’s release.

PAHs are a different story. Studies involving lab animals have linked PAHs to reproductive issues, and the Department of Health and Human Services says “some PAHs may reasonably be expected to be carcinogens,” but the way PAHs affect the body is not very well understood. More to the point: Nobody can make any definitive correlation between the amounts of PAHs in soil and the amounts of PAHs in plants, meaning we basically have no idea how or how much plants can absorb this stuff from the soil.

As with heavy metals like lead, the real danger isn’t in the plant itself: it’s that contaminated soil is, well, contaminated soil. Any problems are likely not to come from eating plants grown in the soil, but from contact with the soil itself, whether that’s through ingesting, inhaling, or even touching it. The especially paranoid could wear gloves and facemasks while gardening to avoid any accidental intake of soil, but most sources, including the Environmental Protection Agency and Johns Hopkins University, suggest that washing your hands thoroughly after gardening is probably enough.

What’s amazing about these recent studies is that they seem to add up to a picture that urban gardening, while different and perhaps more finicky than less-populated gardening, isn’t really any less safe. Just make sure not to eat any dirt.

Yet there has always been the warning to never eat anything grown in London’s West End or nearby. The levels of pollutants in the plant leaves is the problem, we are told.