This Maryland Guy is Making Money on Food Waste, While Also Feeding the Hungry

One farmer's compost pile is another man's cash cow. 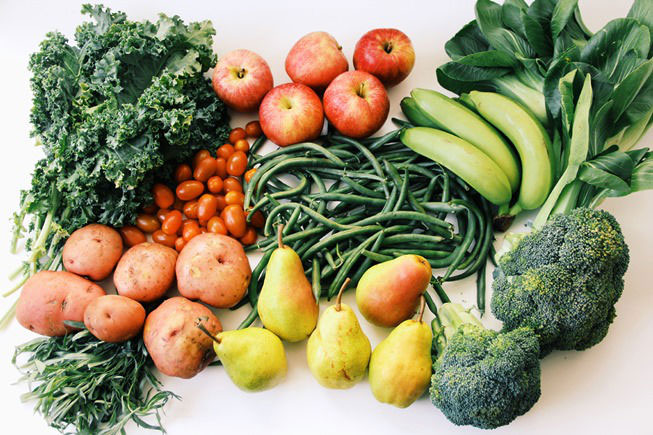 Some of the food is just “extra” – farmers don’t always have a buyer for every piece of produce they grow – and some of it’s just “ugly,” says Evan Lutz, 23, who has been cashing in on the deformed and rejected produce of his home state of Maryland since 2014.

“We sell ugly fruit,” says Lutz, beaming like a used car salesman, in the first five seconds of a promotional video for his company, Hungry Harvest. Lutz has a quirky sense of humor about his work, which lends a fun, wholesome, and adventurous vibe to the idea of paying him for food that would otherwise be thrown away. “I’ve always been ugly, and as a kid I faced a lot of discrimination even though I knew I was beautiful inside,” he continues, tongue-in-cheek, in the video. “That’s the same thing that’s happening to all the fruit out there. I want to make sure that people know that ugly fruit is also beautiful inside.”

Business is booming. Lutz and his crew deliver bags of produce to the doorsteps of 2,300 customers each week – a CSA of “seconds,” so to speak. He says they buy the food for “pennies on the dollar” from area farmers, packing houses and wholesalers, and then turn around and sell it for $15 for a one- to two-person bag, on up to $35 for a bag that will feed a family of four to seven people. Bags of certified organic produce range from $30 to $55.

Hungry Harvest’s promotional video landed them a spot on the reality TV show Shark Tank, where contestants compete for a capital investment in their business from a jury of self-made millionaires and billionaires. The company won a $100,000 investment on the show in January, which they’re using to expand from their home base in Baltimore to DC, Philly, Pittsburgh and New York.

But Lutz is not just about pilfering dumpsters for profit – Hungry Harvest has a serious social mission as well. The flipside of the food waste epidemic in America is the 50 million or so Americans who are “food insecure,” he says, plenty of whom live in Baltimore. For every bag of produce Hungry Harvest sells, they donate two pounds of produce to local organizations that feed hungry people. Lutz estimates that they’ve “recovered” 300,000 pounds of food so far and donated 100,000 pounds to people in need.

“The modern non-profit is a for-profit social enterprise,” says Lutz, who cooked up the Hungry Harvest model during his senior year of business school at the University of Maryland. “There is nothing wrong with making money – and we want to make a lot of it, don’t get me wrong – but we want to do it in the right way. I think the most effective way to eliminate food waste and food deserts around the US is with a for-profit sustainable business model.” 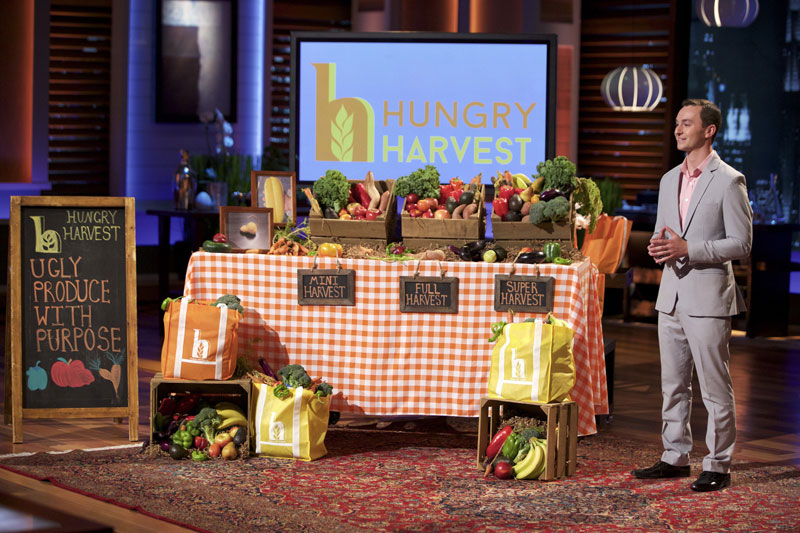 Beyond feeding the homeless and other food insecure individuals, the weekly deliveries to paying customers are priced for families on a budget, at approximately 30 percent below average retail prices, helping to make fresh food more accessible. Plus, delivery is free, which is a boon for those who can’t afford a car.

And lest you imagine the low-income recipients of Hungry Harvest food munching on half-rotten apples, Lutz is quick to point out that Hungry Harvest produce is often fresher than supermarket produce simply because it hasn’t been sitting on grocery-store shelves and hasn’t passed through the hands of as many middlemen. What sort of produce should customers expect to receive in their weekly bag? Typical examples include eggplant with strange protuberances, undersize apples, or bell peppers that came out of the field in a mix of colors, rather than the standard green, red, yellow, or orange – nothing that detracts from flavor, just little imperfections that (depending on your point of view) add character.

Produce is gleaned from a network of 100-plus farmers, processors, and distributors, though only a handful of those have suitable produce to offer in a given week. The logistics are complex, which is why Hungry Harvest is developing an app to make it easy for a farmer to notify the company of anything they have to sell and arrange for pick-up. “The nature of surplus produce is you don’t really know how much you’re going to have on a weekly basis,” says Lutz. “The app will be really simple: You just take a picture of the produce on your phone, give us the price, the quantity, the variety, and the quality, and then we will work out logistics.”

With an infusion of capital from their Shark Tank war chest, the company is rapidly expanding. They’re developing a value-added product line, starting with pesto made from “recovered” basil and bread from a local bakery that donates one loaf to charity for every two sold. Eventually they hope to establish franchises throughout the country. Right now there are just four full-time employees, though Lutz hopes to double the crew in the next few months. They’re also looking for more food waste sources, says Lutz, shamelessly looking for a free PSA, “so if you’re a farmer or a wholesaler interested in selling surplus, shoot us an email.”