The Future of Food Coloring May Be Very Slimy

A Danish scientist has begun working on a way to use algae to color candies and cheeses. 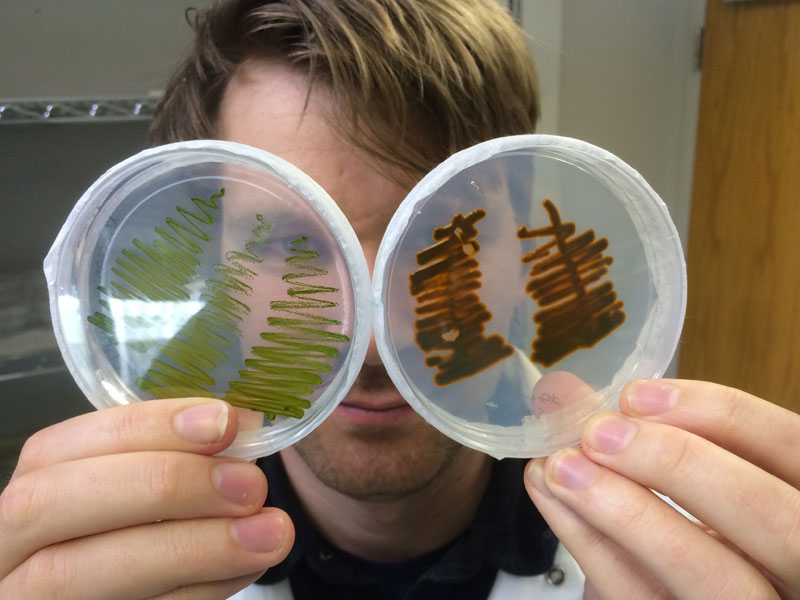 Currently, there are only two ways to get the bright oranges and reds used by many food manufacturers for things like candy and cheddar cheese. One way involves extracting the colors from carrots and fruits like the clementine. The other way involves synthetic fabrication.

“But that’s not always the most economically feasible way,” says Andersen Ranberg. Fruit crops can demand a lot of resources, a lot of land, and lots of fresh water, he points out. “With algae, you can grow a crop utilizing salt water, which we have in very high abundance all over the world.”

Andersen Ranberg has been awarded $313,000 from the Danish Council for Independent Research to study ways to introduce genes into algae that will create a form of carotene – a natural substance produced by green plants and algae to regulate the intake of radiation from sun, which can also turn things orange.

No one has ever used algae this way before, and part of Andersen Ranberg’s work – conducted during the next few years at the University of California Berkeley – will be to determine not only if carotene can be produced this way but also how feasible and economical it would be to do on a large scale. In the past he’s researched the use of insects in the making of cosmetic pigments.

Andersen Ranberg’s algae food coloring idea is appealing to those working to eliminate synthetic, chemically-produced dyes from American diets. Lisa Lefferts from the Center for Science in the Public Interest is working on a new report, released today, which details data connecting synthetic food dyes to adverse behavior in children. Some are known carcinogens. Some studies have shown a strong link between the synthetic dyes and an increase in hyperactivity among children.

“The research is plentiful: synthetic food dyes adversely affect some children – not all children, but some children. And for those children, the adverse reactions make it hard for them to well in school, affect their relationships, and affect the entire family,” Lefferts says. “Clearly, if companies can get these dyes out of food, we could significantly help children.”

Although she’s not heard of the use of algae for food dye production previously, Lefferts says it “sounds like a great idea.” Other naturally derived carotenoids, she says, have been found to be very safe, especially when compared to the synthetic alternatives. 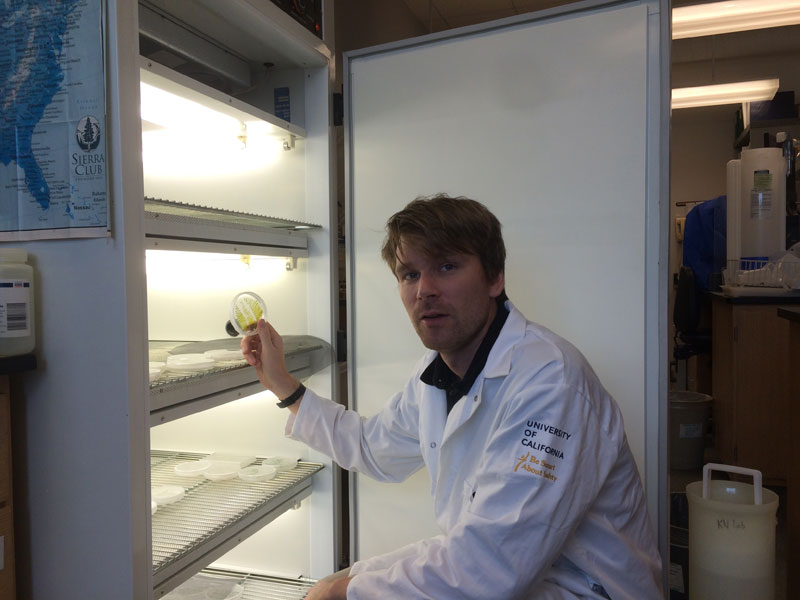 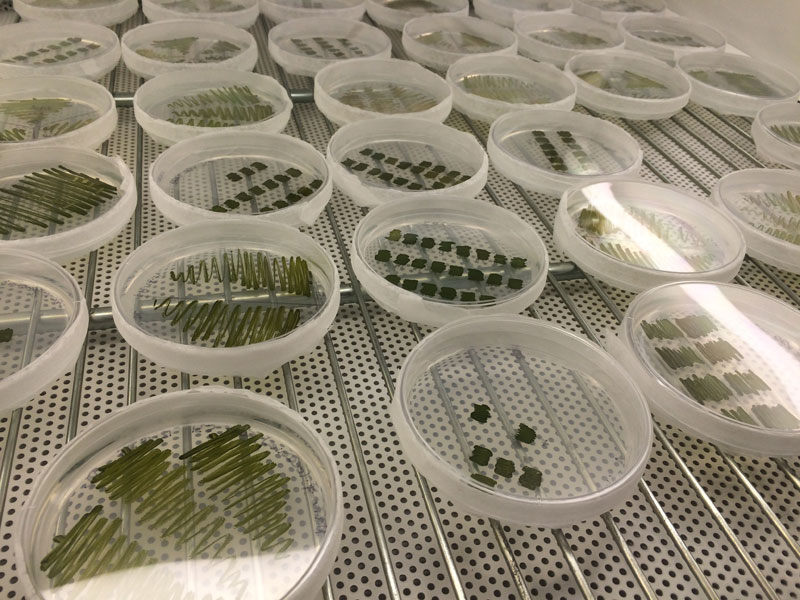 John B. Miller, from Western Michigan University, says using algae as a colorant shows promise for creating a high-value agricultural crop. Miller is an algalologist – a biologist who specializes in the study of algae. He cautions that the concept may not be as sustainable as some imagine. To get a particular, reliable strain of algae for this kind of production, Miller says, you’d have to grow a monoculture, which means you could grow only one kind of algae and nothing else in chosen lab or farm location.

“You run into problems in all agriculture runs into when you have a monoculture,” Miller says, comparing the situation to monocrop problems in other products such as wheat, which can become susceptible to wheat rust. “If you get a bacterium, if you get a phage, if you get a fungus – you can wipe out the whole crop in no time at all.”

Using algae as a colorant shows promise for creating a high-value agricultural crop.

But also, growing a particular kind of algae for a specific color compound is very different, Miller points out, from the kind of harvest of random rogue algae often used for products like biofuels. When producing biofuels you mostly are interested in abundance and often don’t need to worry about what type you harvest.

Although some like to claim that algae need little more than CO2 and sunlight to grow, Miller assumes that this kind of dye production would demand some specific strain of red algae, which need all of the same things familiar to farmers growing crops on land: nitrogen, phosphorous, and trace minerals. So he’s a bit skeptical about any claims that this could be an inexpensive agricultural venture.

On the other hand, the growing cycle is very short for most algae – only seven to 14 days until harvest. Terrestrial plants used for food coloring can take anywhere from 70 to 120 days.

“In that way the algae really is a super crop,” Miller says.

“The important part for me,” says Andersen Ranberg, “is that you could potentially get crops that could be grown on less attractive lands.” Whereas terrestrial food crops demand land with rich soil and good drainage, algae could be grown in a multitude of locations regardless of past land use or soil quality. It could perhaps be grown indoors in multi-level warehouses or other similar facilities.

Andersen Ranberg even envisions future systems set up in cities, maybe in schools where children were learning about hydroponics. “They could become small algae-neers, you could say.”