JetBlue Has A Real, Working Farm At JFK Airport In New York City

They'll be growing those trademark blue potatoes they serve as chips on-board. 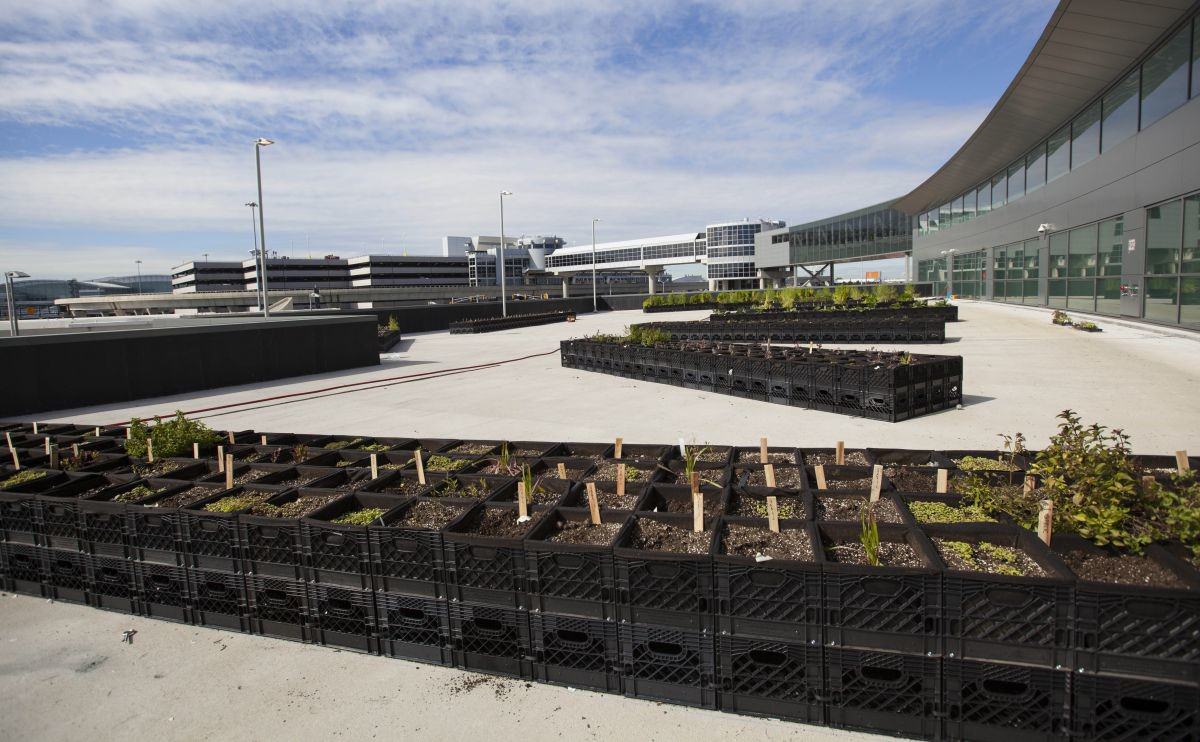 This past Thursday, discount airline JetBlue revealed that the company has set up a 24,000-square-foot farm just outside Terminal 5 in JFK airport, in Queens, New York. It’s actually an interesting design; because the farm is set up on concrete, there’s no natural soil to be used, so containers or planters are a must. The beds are made of 2,300 black plastic milk cartons bolted together, and the soil is, appropriately enough, mostly constructed of mulch made from composted food waste donated by restaurants in Terminal 5.

So what is JetBlue growing? Largely, potatoes. JetBlue has sort of become known for serving blue potato chips made by the New Jersey-based Terra Chips company, so it’s fitting that they’ll be growing blue potatoes. In addition there’ll be a variety of herbs and vegetables, including greens like arugula, vegetables like fennel, and herbs ranging from rosemary to mint to basil. The company aims to harvest twice a year, and predicts a haul of about 1,000 pounds of potatoes each harvest.

The most obvious question here is, why is JetBlue doing this? (Besides the desire for good press, which, I guess, you’re welcome?) The company won’t exactly be operating a for-profit farm; the produce will be sold to some of the restaurants in Terminal 5, and also donated to local food banks. And as with many other urban farms, it’ll serve as an educational tool, allowing students to come, visit, work, and learn.