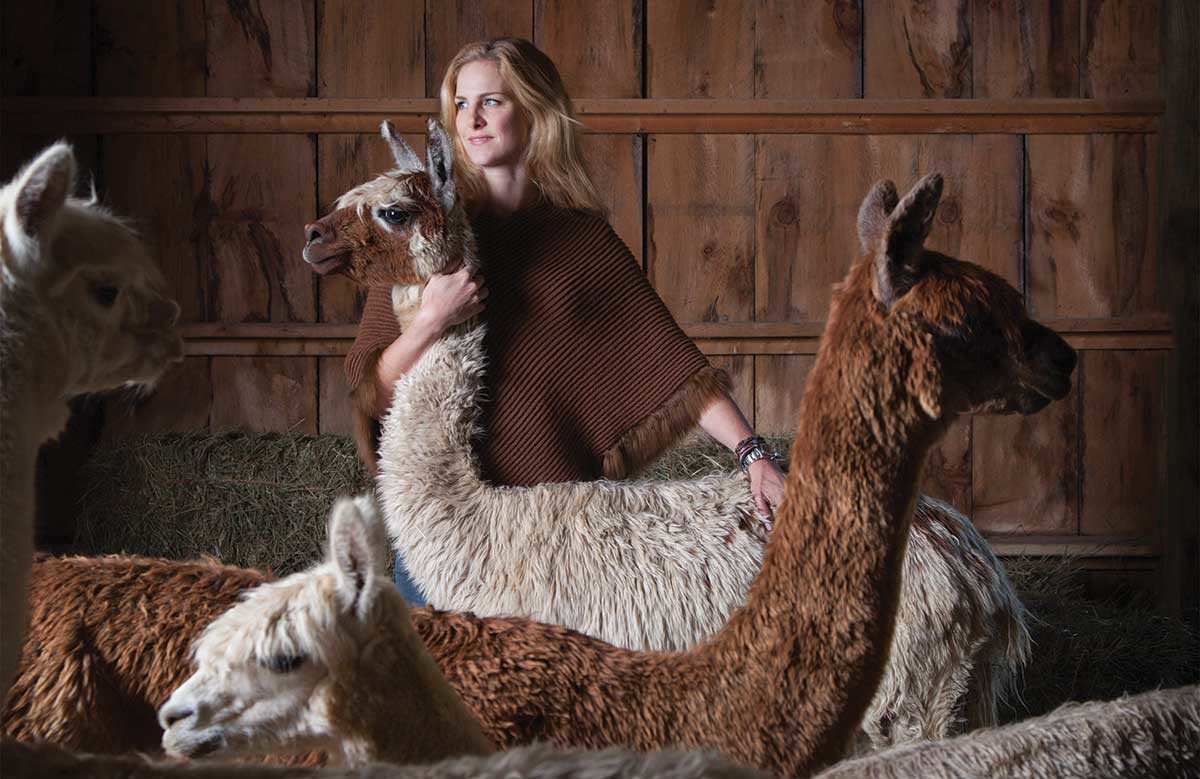 In 2006, when the designer and her husband, Daniel, left Munich for the promise of a simpler yet still sophisticated life in New York’s Hudson Valley, they settled on a rundown 1790 homestead with 80 non-manicured acres. “We’re hands-on people,” she says. “We cleared overgrowth from the fields and built the barn from scratch.”

The couple also chose rare Suri alpacas over hardier, more common Huacayas – a smart market decision that ratcheted up the degree of difficulty. “Here I was with three young children, and I had to care for these odd animals, feed them, give them shots,” recalls Alicia, who educated herself by traveling to the breed’s native Peru.

Currently a mother of four managing a 200-head herd, she’s not immune to doubt: “If it’s pouring out and I have to clean the barn, I think, Whoa, you could be sitting inside somewhere with a goldfish. But then the alpacas look at me with those big eyes and long eyelashes, and I go, OK, it’s fine.”