Teach a Girl to Farm, and Transform Her Life in the Process - Modern Farmer
Lifestyle

Teach a Girl to Farm, and Transform Her Life in the Process

Landesa, a Seattle-based nonprofit, gives young women in West Bengal, India, the skills to grow food for their families. 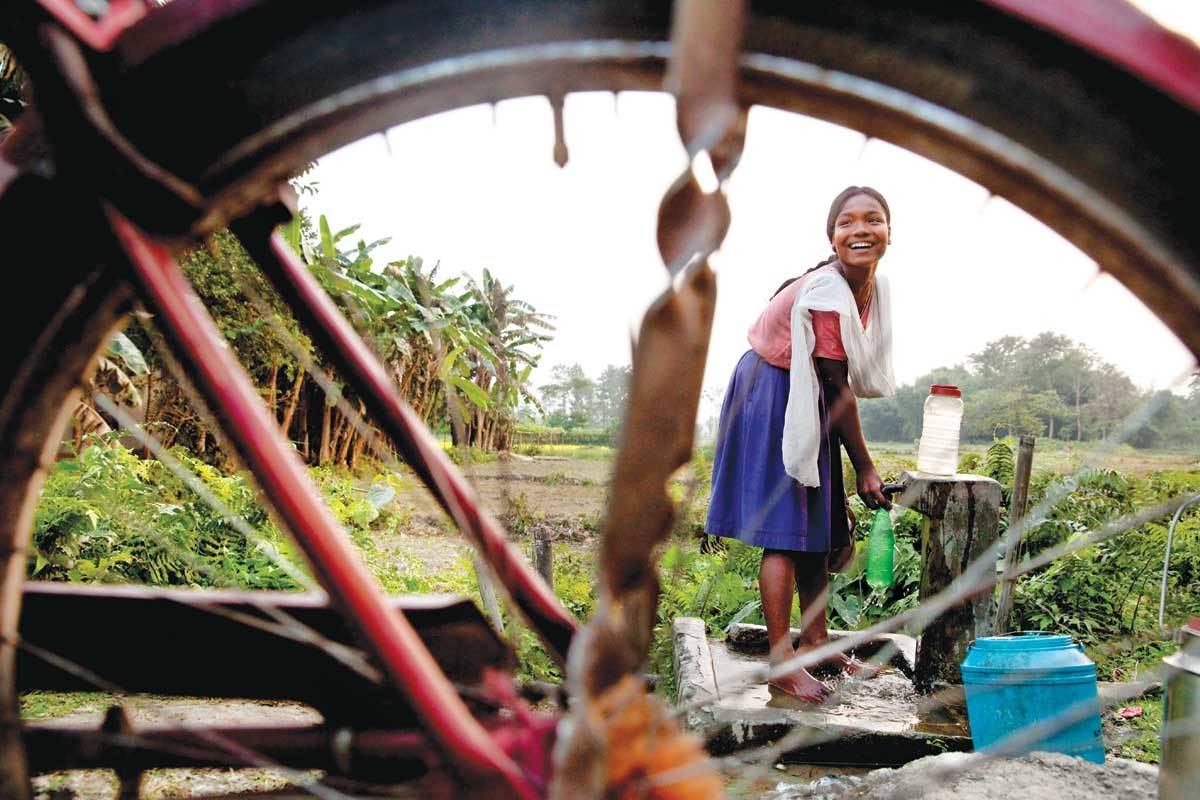 Some will be sold, often unwittingly, into prostitution thousands of miles away so they can’t easily return to their families. Others will become wives and mothers well before they reach 18 (by age 15, one of every five West Bengali girls is married). The problems may seem intractable, but Landesa, a Seattle nonprofit that focuses on securing land rights for impoverished families around the globe, has hit on a simple, promising solution. The key is gardening.

Over the past three years, 48,000 participants have enrolled in the Security for Girls Through Land Project (SGTLP), which works to educate young women in this eastern Indian state about their right to inherit property along with their brothers, and teaches them the hands-on skills necessary to grow food for their families. 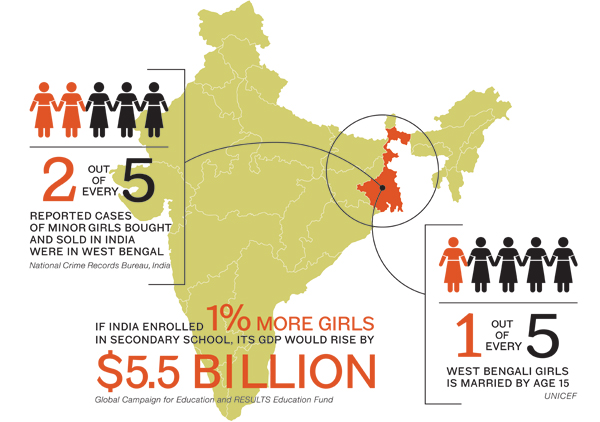 Although farming is a way of life in West Bengal, bordered by Bangladesh and Bhutan, it’s mostly done on a large scale in open fields – rice, wheat, mustard – and the tasks performed on these tenant farms don’t necessarily translate to backyard gardens. By empowering West Bengali girls to grow food, Landesa proves their economic value, making parents less likely to marry off their daughters or sell them into prostitution.

Occasionally, those parents help out, tilling the soil or planting seeds, though many girls go it alone – while also raising younger siblings and cooking everyone’s meals. Some of these girls are providing the bulk of their families’ food and generating extra income at local farmers markets. One father I spoke with, in 2012, estimated that his daughter’s garden saved the family $109 a year on food, which represents about 7 percent of their income. In some cases, the teens have been allowed to stay in or return to school – a rarity for females in India.

By empowering West Bengali girls to grow food, Landesa proves their economic value, making parents less likely to marry off their daughters or sell them into prostitution.

“Parents rarely think their girls deserve child marriage,” says Melany Grout, an attorney and land-tenure specialist at Landesa. She’s seen people agonize over the decision. Still, it happens because of the economic incentive: Typically, the younger the girl, the lower the dowry. By showing parents that their daughters are not financial burdens to be divested but rather contributors to the bottom line, the project also has had an impact on the adults.

Previously, many mothers were unaware that they even had land rights, and Landesa found that if Indian women’s names are not on property titles, husbands may sell the land without consulting their wives. Studies have shown that mothers with secure land rights are more likely to boost their children’s nutrition and education, which ultimately reduces poverty.

A Landesa evaluation revealed that participants in the Security for Girls Through Land Project are more likely to stay in school, delay marriage, and inherit property. “When a girl is active in the garden,” says Grout, “she’s seen as connected to the land and therefore more deserving of inheriting it.” 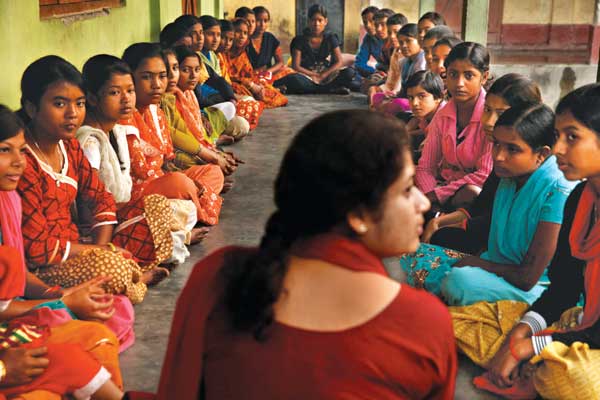 Girls attend group meetings to learn about their property, and human, rights.

Because of Landesa’s initial success, the West Bengal government has decided to work with SGTLP to expand the nonprofit to reach 1.4 million young women over the next three years. Landesa’s hope is that other Indian states will follow suit.

In addition to the economic benefit, the skills and confidence wrought by gardening stay with these girls and can affect their families deeply. Pransenjit Barman, a local boy whose sister, Chandana, was married off at age 13, told me he made a pact with his friends to help any girls in similar danger. His mother, Phanibala, admits, “We made a mistake.”

Chandana adores her own two daughters but laments what might have been: “I could have gone to school and gotten a better life.”