How to Grow a Cover Crop This Fall - Modern Farmer
Plants

How to Grow a Cover Crop This Fall

Replenish your soil with plants that give back. 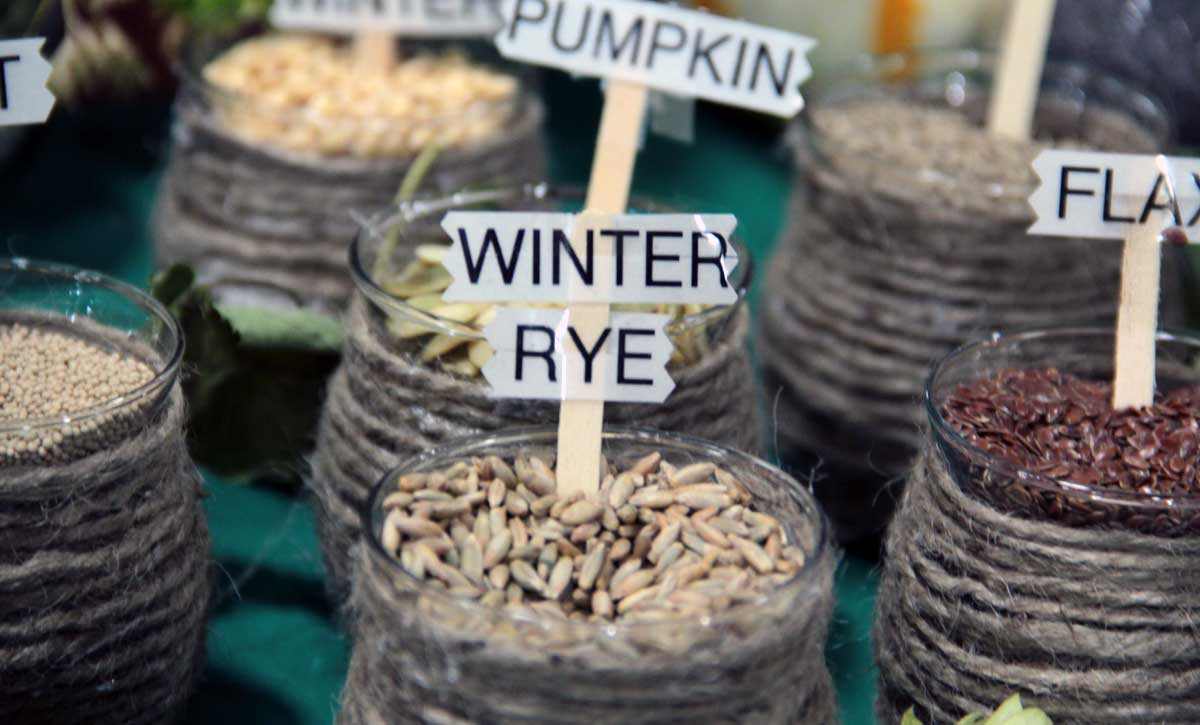 Cover crops are typically planted as seeds directly in the ground (not transplanted) at the end of the growing season after the last of the summer crops have been harvested and before cold weather sets in. Many cover crops are legumes that convert nitrogen from the atmosphere into a soluble form that other plants can absorb. Some cover crops accumulate other essential nutrients like phosphorus, but all cover crops add organic matter to the soil. Rather than being harvested for food, cover crops are tilled back into the soil at the end of their growing cycle where the nutrients are released as the plants decompose. In a way, cover cropping is like composting in situ – no need for hauling in manure or building a pile – and they’re sometimes called ‘green manure’ for this reason.

There are other reasons to plant cover crops. Winter rains can cause erosion problems for farmers and gardeners, so it’s important to maintain vegetative cover once the crops have been harvested for the year. Planting a dense cover crop in fall prevents weeds from getting established, so there is less weeding to do come spring. When a cover crop starts to flower in late winter or early spring, it’s an early source of nectar for bees, who will then be ready to pollinate your orchard (or start making honey, if you’re a beekeeper).

Which Cover Crops to Plant

There are three main categories of cool season cover crops, no matter if you’re a small-scale gardener or larger scale farmer:

These species can produce up to 300 pounds of nitrogen per acre in the soil. For the best nitrogen production, the seeds should be inoculated with Rhizobia bacteria, microbes that live on the roots of legumes and do the work of nitrogen “fixation.” Many seed suppliers offer pre-inoculated seed.

These grains aren’t just for eating; they produce copious quantities of organic matter to enrich the soil. Their roots help break up compacted clay soil and they are very cold hardy, allowing farmers and gardeners in northern areas to overwinter their cover crops.

Buckwheat accumulates phosphorus, while brassica cover crops are known for having 4-foot taproots that chisel into the subsoil, improving drainage. Phacelia is a great early spring bee plant.

Rather than sowing a single cover crop, some growers opt to combine them to take advantage of their many attributes in a single planting. Seed companies have formulated special cover crop blends just for this purpose, so you don’t have to do the guesswork about how much of each variety to use. Cover crops vary in their adaptability to soil type and climate, so buy locally or consult with a rep from your favorite mail order seed company before making a purchase to be sure you’re getting the best seeds for your area.

The general rule of thumb is to sow cover crop seed one month before the average date of first frost in your area. Yet, some cover crops need warmer weather than others to germinate, so check the seed package for a specific recommendation. The most cold hardy cover crops, which include rye, Dutch white clover and hairy vetch, germinate well in cool weather so they may be planted up until the first frost.

How to Sow the Seeds

Cover crops are always seeded directly in the ground, rather than transplanted from pots. If using legume seed, inoculate it 24 hours prior to planting time (unless it has been pre-inoculated by the seed company).

Irrigation may be necessary to get the seedlings established if the weather is warm and dry, but in most climates the soil remains sufficiently moist from rainfall once the weather cools off in fall. The cover crop will grow until temperatures are consistently below freezing and then become dormant for the winter. Growth will resume in early spring. Several weeks before you’re ready to plant in spring, cut the cover crop to the ground with a mower. Let it decompose on the surface for about one week and then till it into the soil so the nutrients are available for the first crops of spring.

I would like to learn how to plant cover crop for cattle and goats.hogs.

Best article I have found on cover crops, when to sow, what to sow, overwintering, and when to mow. Thanks

I love this one, it’s short and sweet and hits all the important points! Just what I needed!
Manitou Barb