Situmbeko is one of the more than 250,000 people in Africa that have benefitted from Buffalo Bicycles, designed by the Chicago-based nonprofit World Bicycle Relief specifically for carrying heavy loads across the rugged African terrain. It’s a simple idea that’s helping school children get to class, health workers reach the sick, and farmers, like Situmbeko, […] 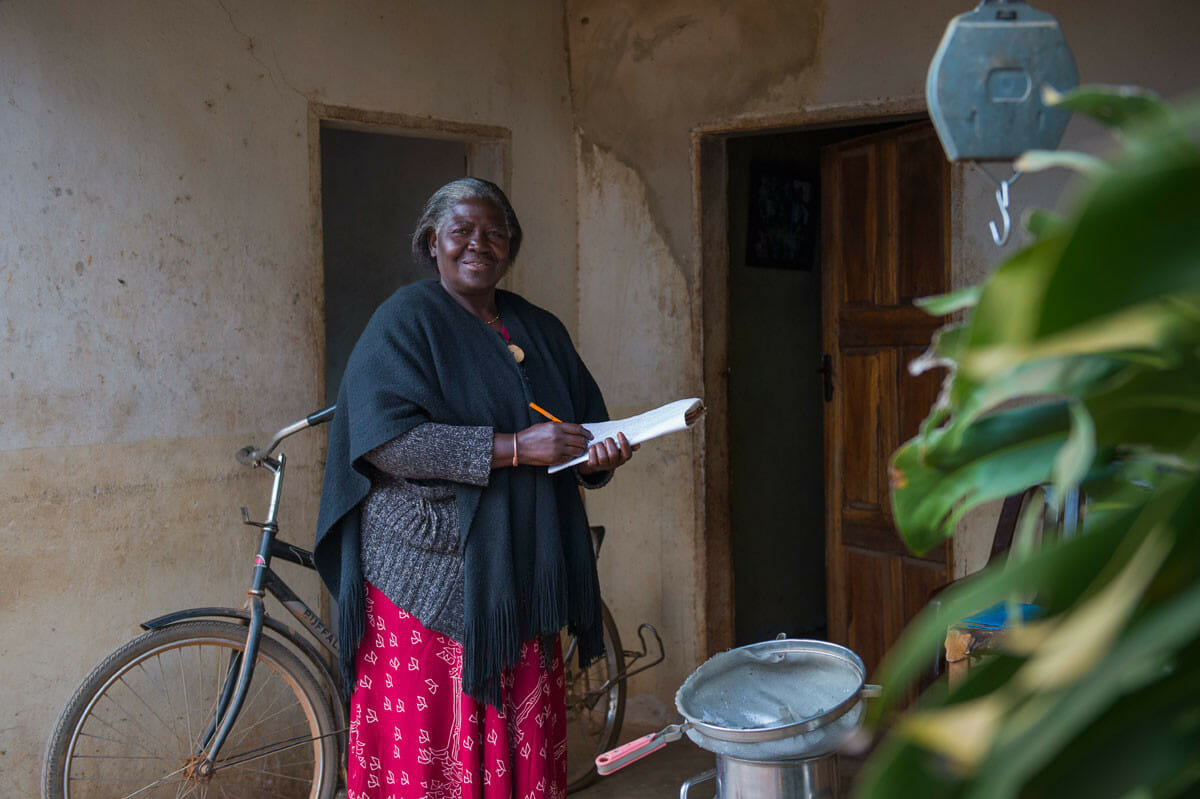 Georgina Situmbeko, a dairy farmer in Zambia, stands with one of the Buffalo Bicycles she uses to help get her milk to market.
Photography World Bicycle Relief
Share
Tweet
Pin
Email
171 Shares

Situmbeko is one of the more than 250,000 people in Africa that have benefitted from Buffalo Bicycles, designed by the Chicago-based nonprofit World Bicycle Relief specifically for carrying heavy loads across the rugged African terrain. It’s a simple idea that’s helping school children get to class, health workers reach the sick, and farmers, like Situmbeko, get more products to the marketplace.

WBR works with various agencies in Africa and elsewhere around the world to get the bikes to those who need them most through either direct funding or co-funding programs. In other cases, as with Situmbeko, farmers purchase the bicycles with the help of microloans through the dairy cooperatives with which they are involved.

“Dairy co-ops are loaning money to the dairy farmer to purchase the bike so the milk production increases. That’s a virtuous economic cycle,” says WBR cofounder F.K. Day. “The dairy co-op that Georgina purchased her bikes from would simply deduct a little bit of money every single day from her milk deliveries and after a period of several months, she paid off her bike and now she’s got this incredible asset. To me that’s really good. Everybody wins.”

Day, who has been in bicycle component manufacturing for decades, and his photographer wife, Leah Missbach Day, founded WBR in 2005. But it was a tsunami thousands of miles from Africa that led to the creation of the organization.

Day says after he and his wife learned of the devastation wreaked by the 2004 Indian Ocean tsunami, they initially decided to raise money for the victims, but soon realized they could use their experience in the bicycle industry “to help deliver decent transportation to the people who had lost so much in the tsunami. That was kind of the genesis,” he says.

When someone told Day that the same number of people who were killed in the tsunami die every two weeks in Africa from preventable disease and hunger, he thought: “we’ve got to take this program to Africa.” From there it snowballed and Day’s life changed. He said he couldn’t go back to his old routine because “life was different then.”

Day and his team designed the bike, then had the components made in Asia to their specifications. The bicycles are assembled in six locally staffed plants across Africa, from Angola to Zambia. WBR has also trained more than 1,000 mechanics across the continent. 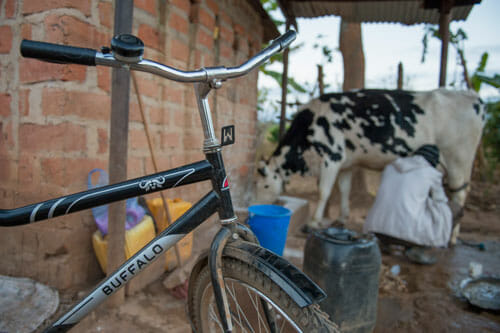 “We found we could keep things running and growing by helping train field mechanics. We take people [with some rudimentary mechanic’s training] and up-train them for five days on mechanics skills, business skills, inventory skills, life skills, then get them back in the field. The results have been kind of amazing,” says Day.

Day says they want to continue to improve the bike’s design, lower production costs, get more of them in the field and provoke competition.

“We’re not dumping bikes and running. This is more important. It’s bigger than us,” he says.

For dairy farmers like Situmbeko, that’s good news indeed. When they have reliable bicycles, farmers are able to avoid spoilage and increase the amount of milk they can get to market, which means more money in their pockets. Situmbeko told WBR she plans “to continue and build this business with the Buffalo Bicycles as help.”

Day believes the Buffalo Bicycle has and will continue to have a big impact on small farmers in Africa.

“I’m passionate about the agricultural sector and the impact of transportation. Agriculture without transportation is like an empty basket,” he says.