This Maine Beer Has A Very Special Ingredient

The food most associated with Maine is undoubtedly the lobster. There are dozens of ways to serve it - but infused in beer is a new one. 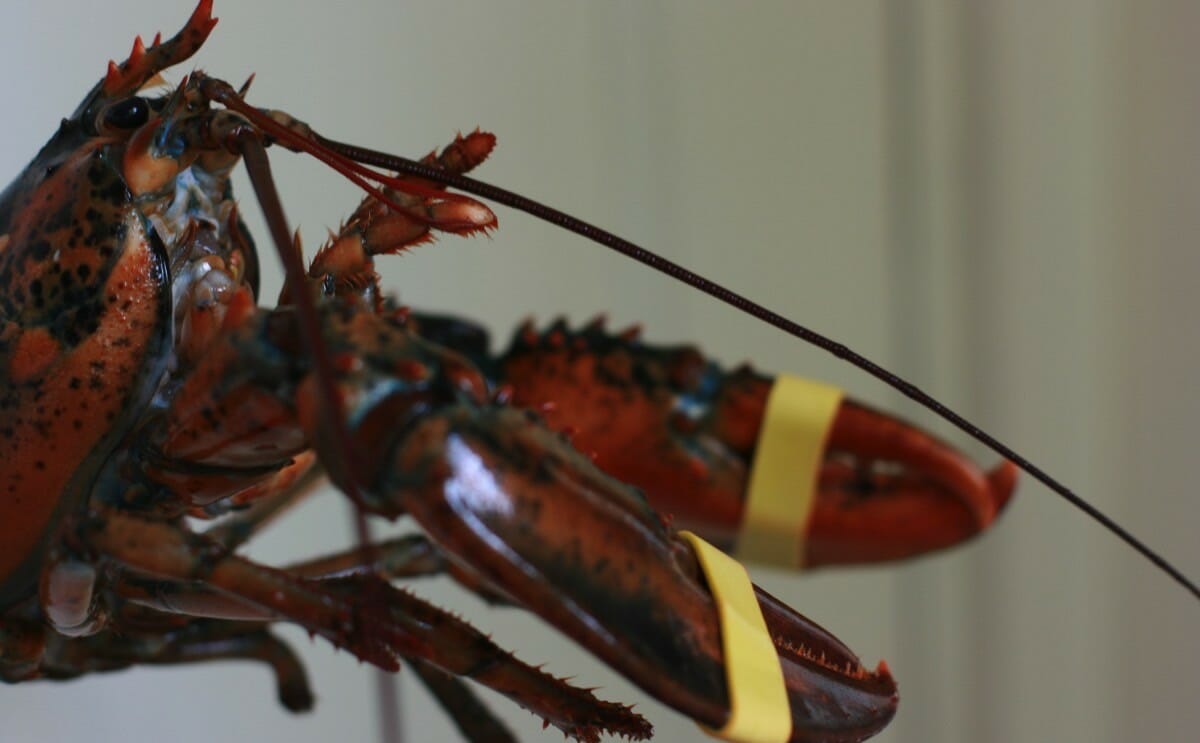 There are dozens of ways to prepare this crustacean, and Mainers have certainly tried more than most. But one Maine company, Oxbow Brewing, is trying something nobody has tried before: They’re actually brewing a lobster-infused beer.

It’s called “Saison dell’Aragosta” (“aragosta” is Italian for lobster) and is a special seasonal offering. The ale made by boiling whole Maine lobsters in “sweet wort,” a mixture of water, malt and grain, made before adding the hops. After the lobsters are cooked, they’re hauled out of the sweet wort (and, according to The Boston Globe, promptly eaten). After the crustaceans are picked clean, their shells, which still retain a great deal of lobster flavor, are added back to the sweet wort, along with some Maine sea salt.

After a bit more time, the shells are removed, hops are added and brewing proceeds as usual. The beer itself is a saison, a Belgian-style pale ale that’s made in the winter and drunk in the summer. That’s perfect for a lobster-infused beer: Though more Maine lobsters are caught during the summer, the lobster is actually tastier during the winter, thanks to a hard winter shell and less water content in the meat. That makes a lobster saison beer a pretty decent way to preserve lobster flavor.

And how does the beer taste? One reviewer on BeerAdvocate, a user-submitted review site, describes it this way: “Light, dry, tart citrus, a touch of funk, finishes with some salinity and a hint of the lobster. Sounds obvious but this is the perfect summer beer to pair with seafood. Really well done.”

The Saison dell’Aragosta is available in a limited quantity – the company only makes 3,000 bottles – and available mostly near the brewery’s Portland, Maine, headquarters.