14 All-Star Chefs Revolutionizing the Way We Farm and Eat

The chefs - each with a cause - gather in Louisiana to cook a free-form feast and formulate a plan. 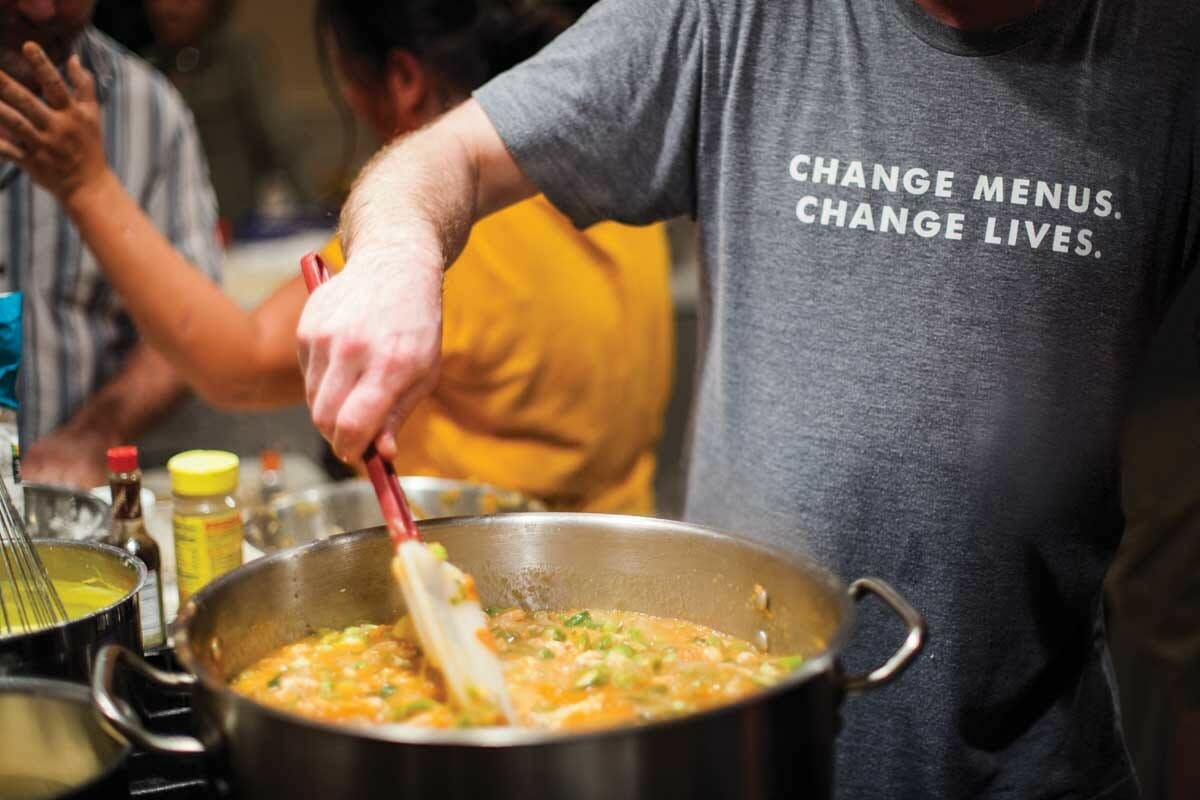 In 2012, Nischan and fellow activist Eric Kessler teamed up with the James Beard Foundation to host the first Chefs Boot Camp for Policy and Change at Blackberry Farm in eastern Tennessee. Since its debut, the program has welcomed 75 culinary professionals into the fold, helping them articulate and advocate for the causes that concern them most, from genetic modification to childhood nutrition to forging stronger ties with organic farmers. “We wanted to encourage more chefs to step out of the kitchen and get involved in policymaking,” explains Kessler.

The foundation’s most recent Chefs Boot Camp brought 14 culinary stars from across the nation to Avery Island, Louisiana, home to Tabasco, for three days of intensive workshops on topics as diverse as how to shepherd a bill through Congress, harness the power of social media, and create a like-minded network of supporters. In one session, participants broke into groups to craft the one-minute pitches they’d give if stuck in an elevator with, say, Michelle Obama or the chairman of the Senate Committee on Appropriations.

Which is not to suggest that every moment was devoted to such serious business. On the final night of the conference, the chefs teamed up to cook dinner for some 60 guests of Tabasco and the James Beard Foundation – in just 90 minutes. Held at Marsh House, an impressive 1818 homestead on Avery Island, the collaborative feast unfolded like an episode of Top Chef on steroids. After sizing up the provided ingredients in the pantry, the group sprung into action. Seamus Mullen, owner of Tertulia in New York City, butchered a boar that had been hunted earlier in the day by Avery Island land managers, while Victor Albisu, of Del Campo in Washington, D.C., prepared an aromatic spice rub for the meat. Pastry chef Emily Luchetti, of San Francisco’s Marlowe, Park Tavern, and The Cavalier restaurants, got to work washing berries and peeling apples for a cobbler. Michel Nischan ran interference, prepping onions for one dish, searing chunks of wild boar for another. Gumbo, black-eyed peas, and a spicy boar vindaloo, thick with garlic, and okra simmered on the stove, as dumplings were sealed and fried, tag-team style, by Lee Anne Wong and Christian Thornton of Atria on Martha’s Vineyard. 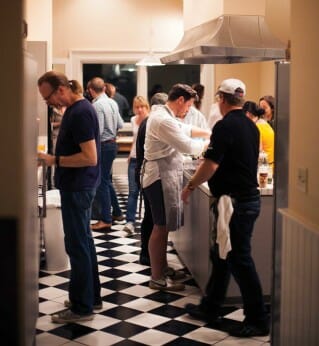 After the chefs raided the pantry – stocked with crawfish, okra, black-eyed peas, and more – it was game-on in the Marsh House kitchen.

As the guests sat down to eat, many of the chefs hung back, sipping cold beers and cocktails, still a little dazed from the nonstop push that led to the meal. Connections had clearly been forged and friendships cemented over a mutual respect for food and its power to bring people together. “When the chefs come to boot camp, they don’t fully realize what they’ve signed up for,” says Eric Kessler. 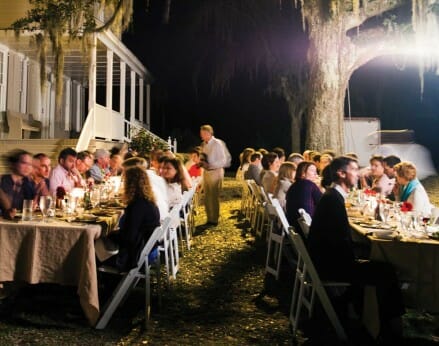 By the time they leave, however, they’re energized by the power and possibility of working collectively to make a difference. Or as James Beard Award-winning pastry chef Sherry Yard put it: “This whole experience made me realize I’m not an army of one.”

The Chefs and Their Causes 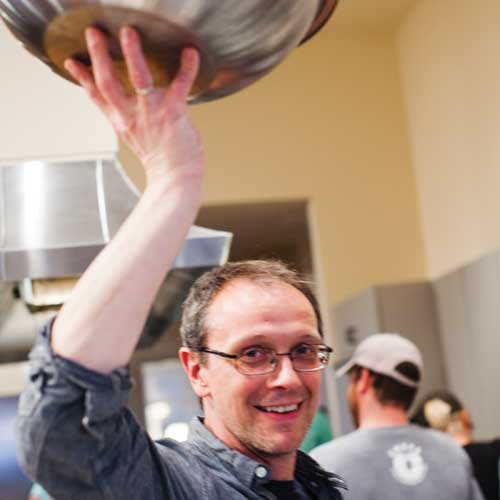 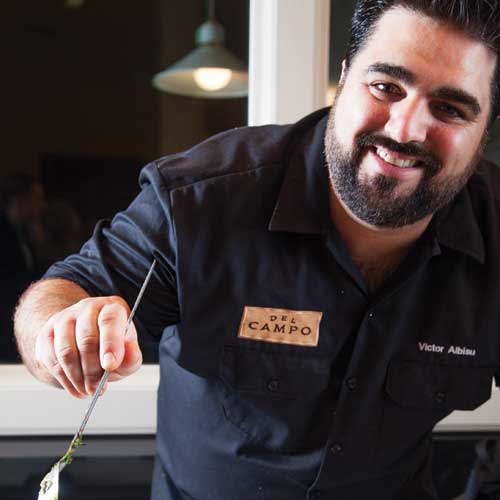 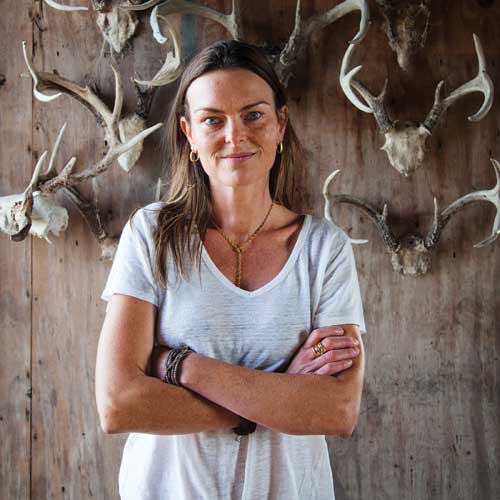 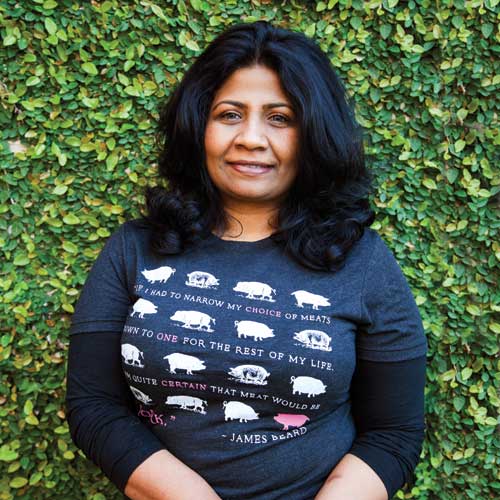 Cause: working to end hunger through legislation (care.org) 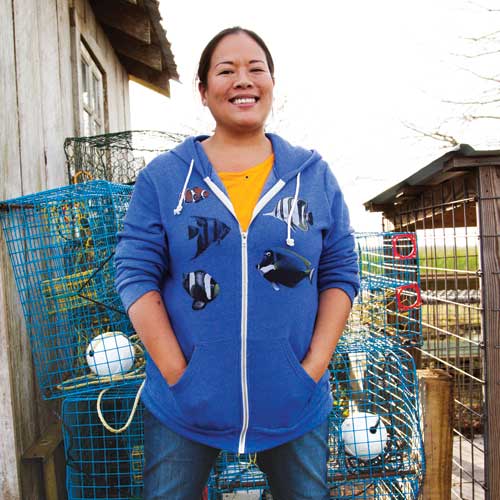 Cause: Advocating for GMO labeling and agricultural land use in Hawaii (hi-can.org) 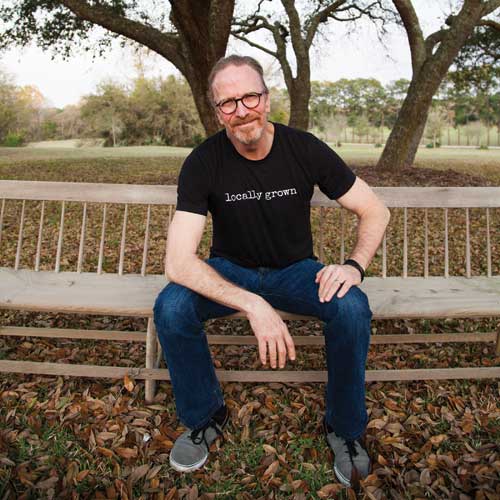 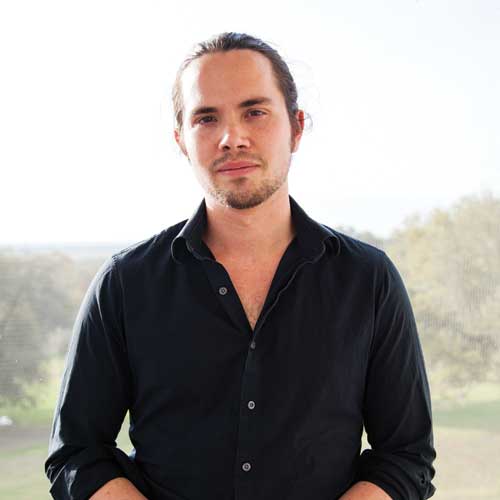 Cause: advocating for sustainable agriculture and practices (culinaryvegetableinstitute.com) 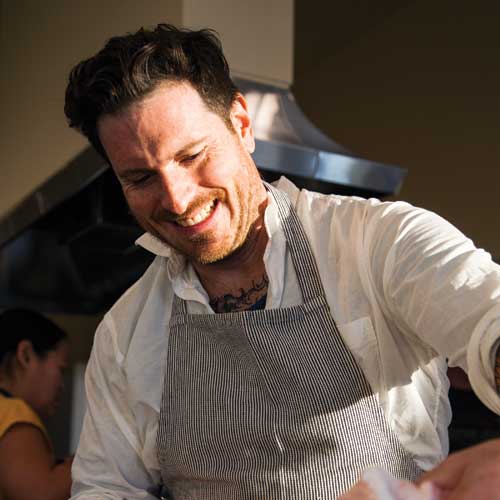 Cause: encouraging health and wellness through fresh, seasonal food (seamusmullen.com)

Kevin Mitchell, chef-instructor at the Culinary Institute of Charleston
Cause: educating children about healthful eating (slowfoodcharleston.org)