Will dairy farmers be able to survive in a future where milk isn't guaranteed a spot on the dinner table? 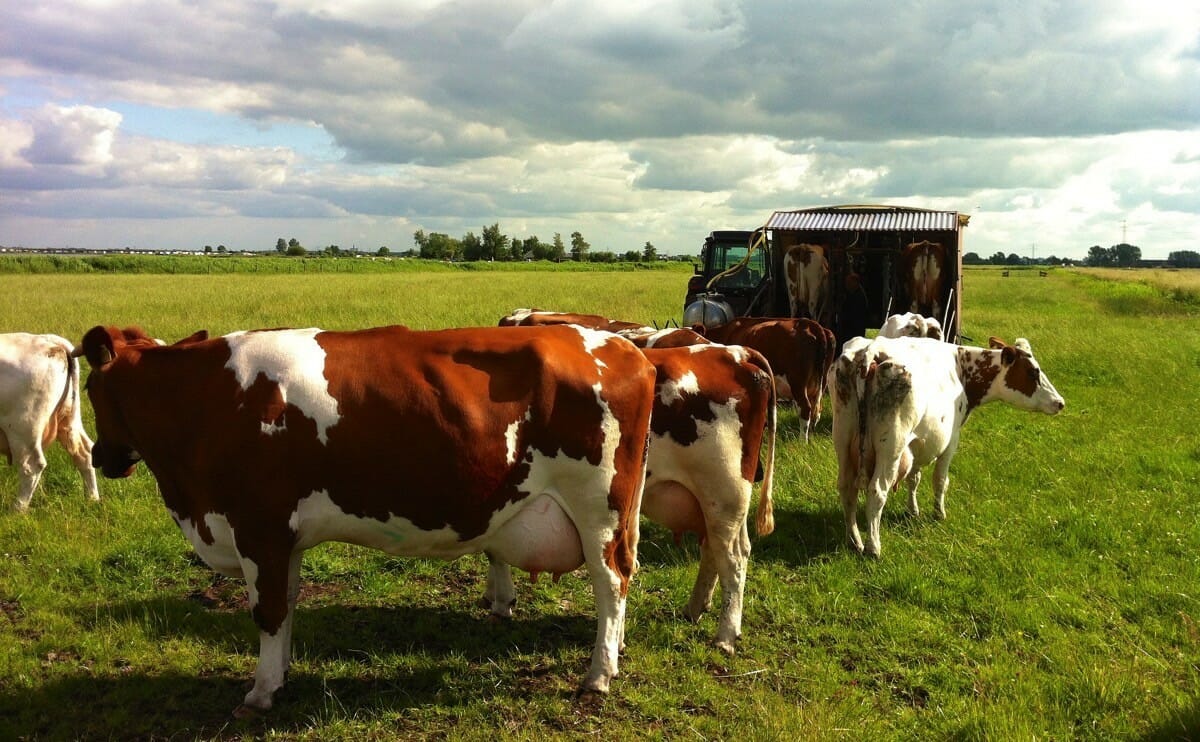 “Consumers are paying more for their milk at their grocery store, there’s no doubt about it,” said Jack Scoville, vice president of the Price Futures Group brokerage. “And that’s probably going to continue into the future.”

That’s from a CNN article published in June 2014. Now let’s fast forward to this past week, from an AP story:

An increase in milk production combined with sharply lower exports and declining sales of fresh milk have combined to depress milk prices paid to farmers from a 2014 high of about $28 per hundred pounds – about 9 gallons – to below $18 this spring. Wood [a dairy farmer] said he’s currently selling milk for less than it costs him to produce it – around $20 per hundred pounds.

It is a difficult and chaotic time for dairy farmers, especially here in the Northeast. Feed prices are higher, but the weather is good, so milk production has been on the rise. But it turns out last year was an anomaly, a planets-aligning year in which the weather was spectacular in the major dairy-producing states but abysmal in other countries, leading to a huge international market for American milk. This year? Farmers, especially small farmers, are having trouble selling their milk.

That’s due partly to the way dairy markets are set up: dairy farmers tend to work through cooperatives in which multiple dairy farmers (some with more than a thousand members) join a group that negotiates contracts on their behalf with the milk buyers. (Those milk buyers are the brands you see on your milk carton.) In the states where agriculture is the primary industry, like Iowa and Wisconsin, these cooperatives are enormous, boasting huge numbers of industrial farmers. In the Northeast, the cooperatives are often small, consisting of a only a handful of small producers who have negotiated contracts with milk buyers like Elmhurst.

In good times, this works out well for everyone: Elmhurst and other buyers have a guaranteed supply of milk, and the small producers get to stay small thanks to reliable buyers. But this year, with minimal exports and a glut of milk on the market, the AP reports that Elmhurst has begun canceling some of its contracts with small farmer cooperatives. That leaves farmers with highly perishable goods and no buyer.

Add to that the general decline in milk consumption, especially among younger people, in the past few years. Milk is no longer guaranteed a spot on the dinner table; more and more people are discovering lactose allergies, switching to alternative milks from soy or almond, or even experimenting with goat’s milk. It’s all enough to make a farmer wonder if 2014 was one of the last truly great years for dairy farmers – and whether there will need to be some kind of shakeup in the cooperative system to ensure producers stay in business.