In Vietnam, more than 20 million tons of the straw are burned through four months of the year. Now a homegrown startup is tackling the issue by giving rice farmers an economic incentive to stop the burning by using their straw as a substrate to grow organic mushrooms instead. “People were looking for a way […] 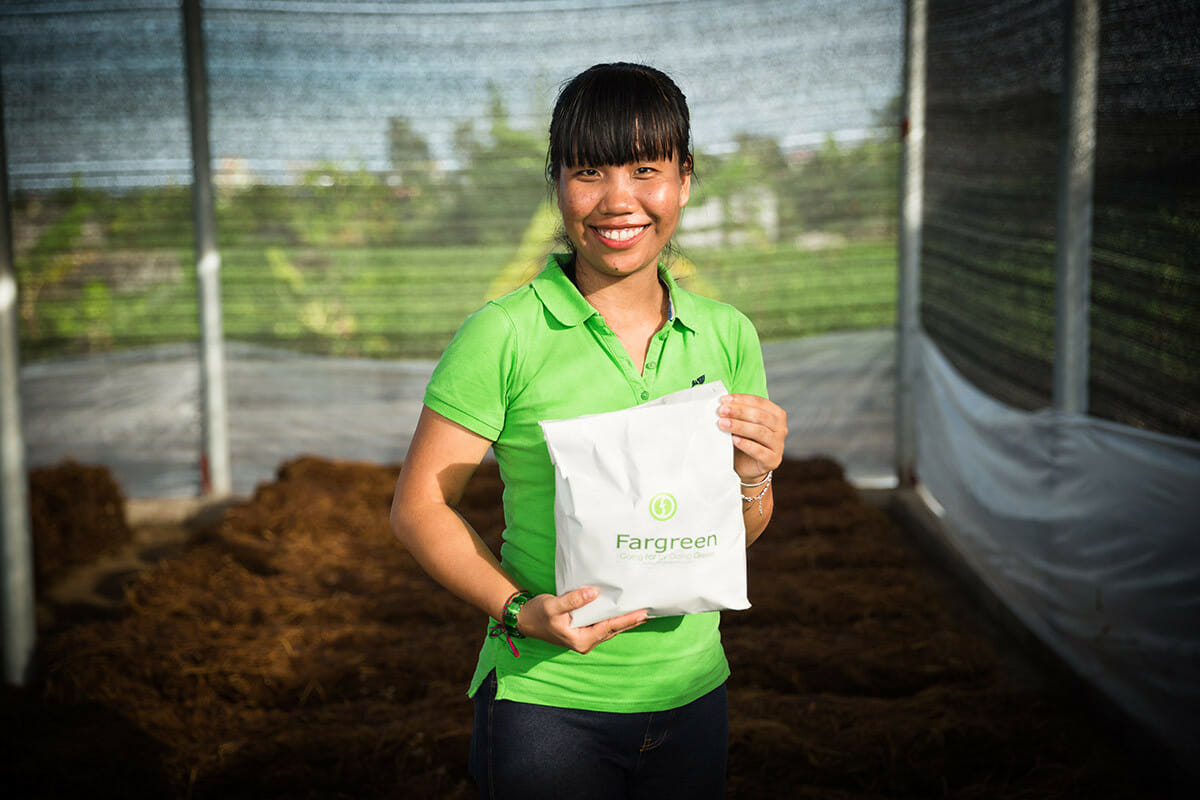 In Vietnam, more than 20 million tons of the straw are burned through four months of the year. Now a homegrown startup is tackling the issue by giving rice farmers an economic incentive to stop the burning by using their straw as a substrate to grow organic mushrooms instead.

“People were looking for a way to increase their income, but they weren’t looking for a solution that incorporated the environment,” says Trang Tran, a 28-year-old Vietnamese social entrepreneur, of her inspiration to co-found Fargreen in 2013.

Tran, Fargreen’s CEO, is familiar with the pollution problem: She grew up amid the straw-burning smoke in Hanoi, Vietnam’s capital city.

“The smoke also causes a lot of traffic accidents because the farmers bring the straw to burn near the highway, so it blocks the view,” says Tran, a 2014 MBA graduate of Colorado State University in Fort Collins. “And a lot of people travel by motorbike so it gets in your eyes and it’s really dangerous.”

The smoke also contributes to respiratory problems, she adds.

In the summer of 2013, Tran and her friend and co-founder, biologist Thuy Dao, conducted a small pilot using rice straw as a growing substrate for mushrooms.

Spurred on after winning a handful of global business competitions in 2014 – including $215,000 as runner-up of the PostCode Lottery Green Challenge – Fargreen launched its first growing season last summer (which wrapped up earlier this month). Using professional mushroom growers from Hanoi’s agriculture institute as instructors, it trained 10 rice farmers from the Hai Duong province east of Hanoi how to grow organic oyster, white button and straw mushrooms using rice straw as a substrate. The training took three to four months, and the growing season lasted another four.

How did the inaugural season go? Tran reports that the farmers diverted one ton of straw during their first foray. And while the company is still working on how to optimize yield, she says they produced up to 200 kg of one type of mushrooms by season’s end. Fargreen estimates that the farmers generated $2 of extra income a day onto their current earnings of less than $5 a day for an hour or two of daily added labor.

But while the training in mushroom cultivation was free, growers needed to purchase a greenhouse (which vary in cost based on size, but are generally about $500) before they can get started. Fargreen provides the greenhouses on credit without any upfront payment needed, and the farmers pay a small installment each month.

The business model for the for-profit company is to buy the mushrooms from the farmers at wholesale prices, then sell them to local households, restaurants, supermarkets and hotel chains. Currently, they only supply local households and vegetarian restaurants in Hanoi, but would eventually like to export abroad.

Their mushrooms fill a void in the market, Tran says, since Vietnam imports 80 to 90 percent of its mushrooms from other countries such as China – a country that she says many Vietnamese distrust when it comes to food quality.

“We’re bringing in a new concept of knowing where your food comes from and knowing how it was produced,” she says.

How does Fargreen conduct quality control and verify that the mushrooms are grown organically? Tran says that it does testing and two workers visit the farmers daily and monitor their methods.

“We have to constantly remind them on the techniques and make it easy for them to learn and to follow,” she says.

For its upcoming growing season later this year, Fargreen will expand to another village and work to increase those farmers’ yields.

Reflecting on her five-year stint in international development, Tran says she is more sure than ever that social entrepreneurism is the best way to improve the lives of locals and the environment in Vietnam.

“I realized that if you want to help people improve the standards of their lives, financial incentives need to be incorporated into the solution,” she says. “Then this will become the drive to make long-lasting change in society.”