A Man And His Goat Are Walking Across America - Modern Farmer
Animals, Plants

A Man And His Goat Are Walking Across America

The goat's named is LeeRoy Brown. 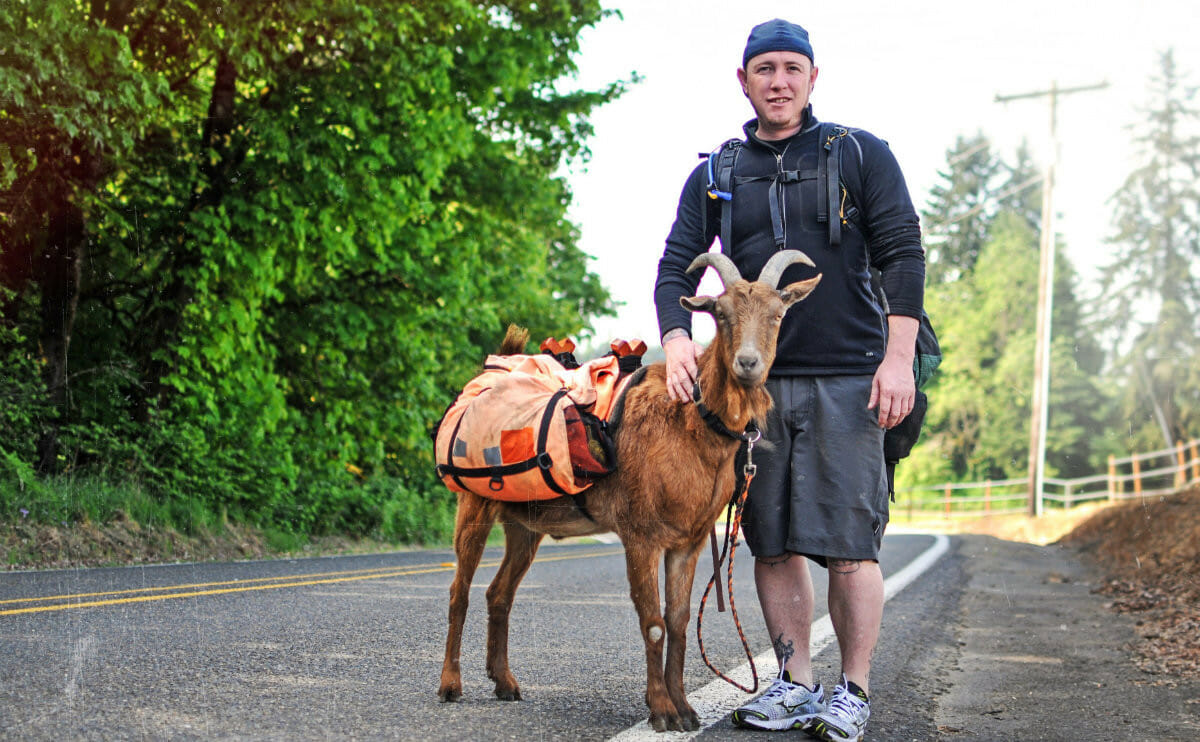 According to his site, Wescott “felt God call him to walk across America,” a lonely task that takes months. Though perhaps a human companion would be the obvious choice, Wescott instead chose to make his way with the aid of a companion animal. His first thought was a dog, but the dog he’d picked out sustained an injury at a dog park and Wescott was advised to look elsewhere. So he looked to the goat.

He ended up adopting a hybrid, a cross between an alpine and a Boer goat, whom he renamed LeeRoy Brown. The goat, the size of a large dog but with larger horns than most dogs (we haven’t seen every dog in the world, who knows if there’s a dog out there with horns? If you are aware of a dog with horns please email us some pictures), functions both as a companion and as a pack animal.

The walk departed from the Space Needle in Seattle, Washington, and Wescott is aiming to end up in Times Square, Manhattan, a trip of around 2,800 miles.

Wescott’s walk has a purpose beyond the walk; he’s raising awareness and money, somehow, for a Nairobi-based non-profit Christian organization called Uzima Outreach which says its mission is to “reach the lost and dying drug community with the gospel of Jesus Christ, disciple them to Christ-like maturity, and help integrate them back into society to also go and make disciples.”

In the meantime, Wescott and LeeRoy Brown have been making headlines across the country (great headlines, too: “Man pays fine for tethering goat outside downtown bar” is just delightful). They’ve had to stop a few times, once for winter (since they’re taking the northern route across the country) and once after a clumsy dog attacked LeeRoy Brown in St. Louis and tangled the goat’s legs in its leash. Currently they’re taking a break in Effingham, Illinois, according to HobbyFarms, due to some physical issues Wescott sustained. They’re hoping to be back on the road soon.