Getting Edgy: Knife Tips From a Master Sharpener

Sharp tips to sharpen your blade. 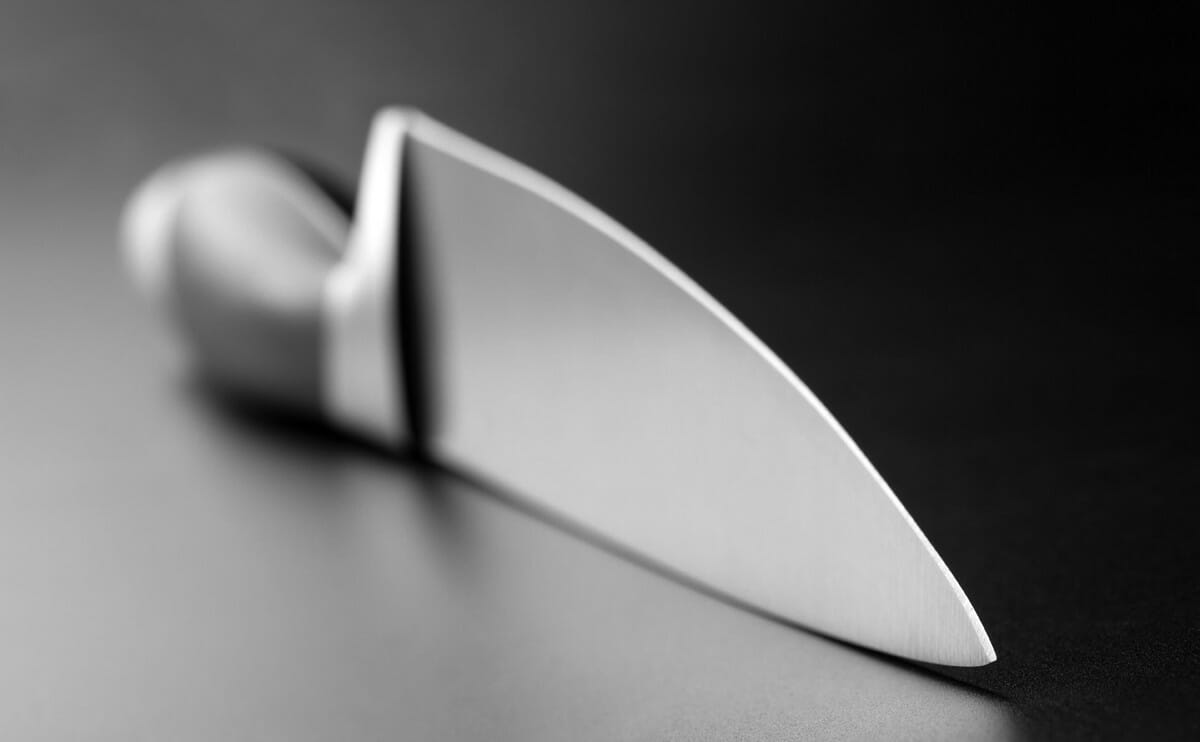 1. Choose Your Board Wisely

The board matters as much as the blade. Bamboo, glass, or Corian cutting boards might look nice, but they’ll dull your knife. Instead, look for endgrain hardwood (think vintage butcher block), or dense softwoods like shinoki or cedar.

Even if you’re using a softer board, try not to move your food around with the knife’s edge; flip it over and use the stronger spine. Scraping the edge, or pressing the middle of the spine as you rock and pivot the blade around, puts lateral stress on the edge, bending and dulling it over time.

“There’s no such thing as a dishwasher-safe knife,” Donald says. Not even stainless steel is completely stain-proof, especially in a dishwasher’s hot, caustic maw. Use a soapy brush and plenty of care (no secret knives lurking in the bottom of a sudsy sink), then dry immediately and store in a knife block or magnetic strip, not a crowded dish rack or, god forbid, a free-for-all drawer.

Those “get sharp now!” edgesmiths parked at your farmer’s market might seem tempting, but when your knife feels past its prime, Donald says, “be wary of guys in trucks.” They’ll grind and buff an edge in seconds, but that rough spinning stone will chew away years of steel, leaving a line of big, jagged, crooked teeth that will bend or break off all too easily. Ditto those steel sharpening sticks you see chefs whipping their knives down on TV. Most are too coarse – meant to hone a quick edge, not slowly build a durable blade.

So how should you sharpen? “It’s not an easy thing to sharpen well,” Donald cautions – hence his skepticism of speedy smiths – “expect a long learning curve.” But if you’re using your knife hard every day, you should give it a weekly run on a whetstone. Get a 3,000”“8,000-grit Japanese whetstone, and make sure to practice your technique on a good knife. “People think they should learn on old, dinged-up blades so they don’t ruin them, but that 35-year-old Henckels will be much harder to sharpen than a new blade,” Donald says. “It’s easier to keep it sharp, than get it sharp.”

Some general advice: don’t be swayed by those Damascus-steel swirls.

For most cooking – e.g., dicing veggies, slicing up boneless meat and fish – a classic 6-10-inch chef’s knife is all you need. Even so, the choices can be daunting. Some general advice: don’t be swayed by those Damascus-steel swirls. “It’s just decorative,” Donald says. And remember that smaller brands might offer better deals than the “four horsemen” – Henckels, Shun, Global, and Wusthof – which are selling a name, not just a knife. Untreated carbon steel sharpens more easily, but demands more care; Japanese steel is harder and finer, but more brittle (nick a bone and you might chip your edge); French and German steel is a bit softer and more forgiving. Donald likes Japanese, but warns that their knives go by many names, so know what you’re buying – they call the chef’s knife a “gyuto.” His picks:

“For around $100, a good entry-level knife is the Sakai Kikumori Nihonkou series, if you want carbon steel, or the Ohishi VG5 for stainless. They’re both very hard, with a lot of finesse for dicing veggies, but hold a good edge and sharpen well. The next level up – $200-275 – would be the Ashi Hamono. It’s very thin and light, amazing for vegetables, and easy to sharpen. The Ohishi Aogami Super is stainless clad with a carbon core. It’s good if you’re not sharpening your knives yourself – it has a really long edge life.”