Could this salt-tolerant potato be the beginnings of a saltwater agricultural revolution? 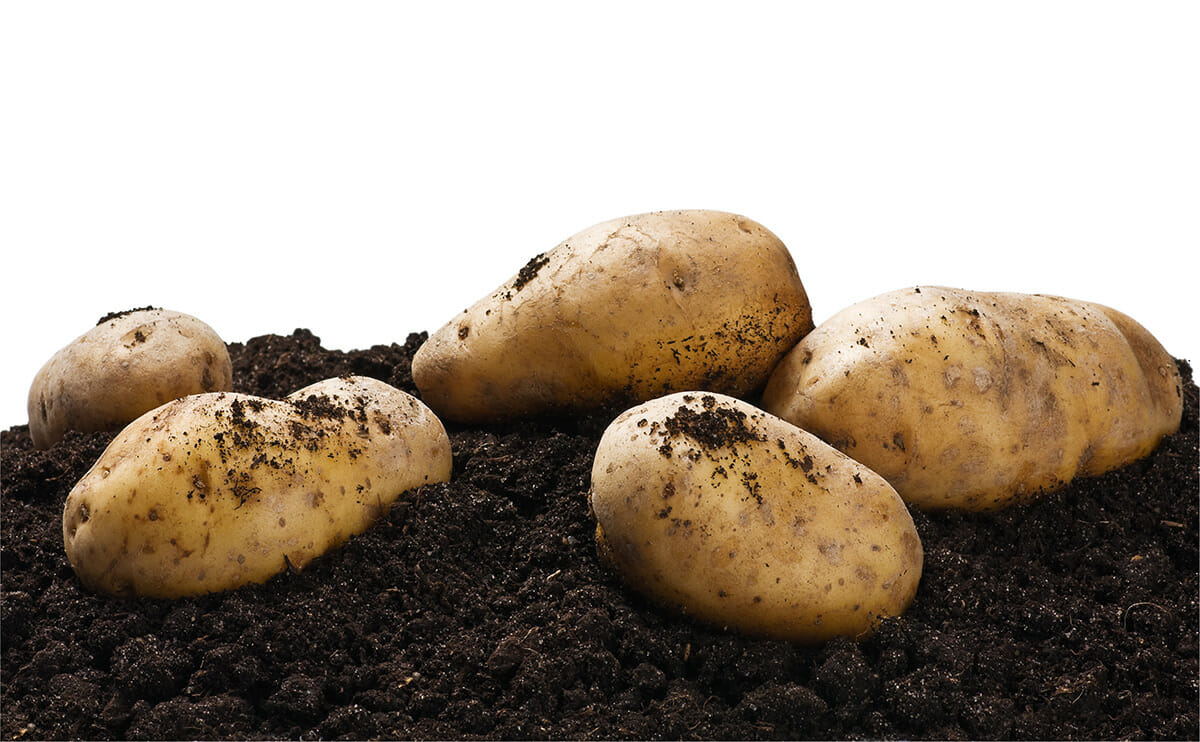 “None of the top five plants eaten by people – wheat, corn, rice, potatoes and soybeans – can tolerate salt,” agricultural experts Edward P. Glenn, J. Jed Brown and James W. O’Leary wrote 16 years ago, in a definitive Scientific American article. “Expose them to seawater, and they droop, shrivel and die within days.”

Now that scientific principle has been cracked – by a Dutch potato that drinks in salt and doesn’t break a sweat. A researcher and a farmer in the Netherlands teamed up to experiment with crops that could thrive in seawater. They set up shop on the island of Texel, a land rich with salt marshes. Along the way, they met an elderly Dutch farmer with an encyclopedic knowledge of thousands of potato varieties. Together, they created the salt-tolerant potato.

If you’re thinking this means a future of pre-salted veggies, hold it right there.

“What we find is that, if you tease a plant with salt, it compensates with more sugar,” says Dr. Argen de Vos, the researching half of the duo. “You’d have to eat many many kilos of potatoes before you’d exceed your recommended salt intake.”

If you’re thinking this means a future of pre-salted veggies, hold it right there.

De Vos and farmer Marc van Rijsselberghe partnered with MetaMeta, a Dutch development consultant, and laid out a game plan for bringing their potatoes to Pakistan’s salt-ridden lands. They were awarded USAid’s Securing Water for Food Grand Challenge in September, which gave them funding to go forth and spread their seed – $100,000 for the first year, and up to $400,000 over the following two years, provided they reach their technical and financial milestones, Amy C. Garrett, deputy press director for USAid, wrote in an email.

The Guardian positions the spud as “poised to launch a world food revolution,” but Glenn advises you take the news with a healthy grain of salt. The Guardian article says the potato is grown on ‘dilutions of seawater,’ not pure seawater,” he wrote in an email. “So I would say the breakthrough claimed in the article is unsubstantiated.”

It’s a cruel irony that 97.5 percent of the Earth’s water is saltwater, and less than one percent of the leftover freshwater is usable. Meanwhile, 70 percent of that freshwater is used for agricultural purposes. Over the years, the idea has been cautiously floated: What if we could feed crops with salt water? Glenn, Brown and O’Leary were something of pioneers in this corner of the agriculture market. Their 1998 Scientific American article presented their experiments with halophytes, plants that grow in highly saline water. They singled out Salicornia bigelovii, a plant that contains an oil similar to safflower oil, and showed promise as a source of both food and fuel.

The researchers ended their research on a wistful note: “Our goal in the late 1970s was to establish the feasibility of seawater; we expected to see commercial farming within 10 years. Twenty years later seawater agriculture is still at the prototype stage of commercial development.”

Since then, more contenders have been floated: Remember this healthier version of a tomato, also grown in diluted salt water? You don’t? That’s because we’re still a long ways from any of these developments translating into money.

“We do have crops that can grow on seawater and demonstration farms have shown the feasibility, but it is still not economically feasible to replace conventional crops with seawater crops,” Glenn told us.

As for de Vos and Rijsselberghe’s potatoes, they’re on their way to Pakistan, where they’ll be planted on land that has been unproductive for years. May they cling to the soil and never let go.

Hello
I am into integrated farming.
Would require data from ur end which be of good use.

Hi where can I purchase seeds for salt water tolerant potatoes? I have a farm in Kuwait and the available water is brackish.