Plastic 3-D printing technology is taking pest traps to the next level. 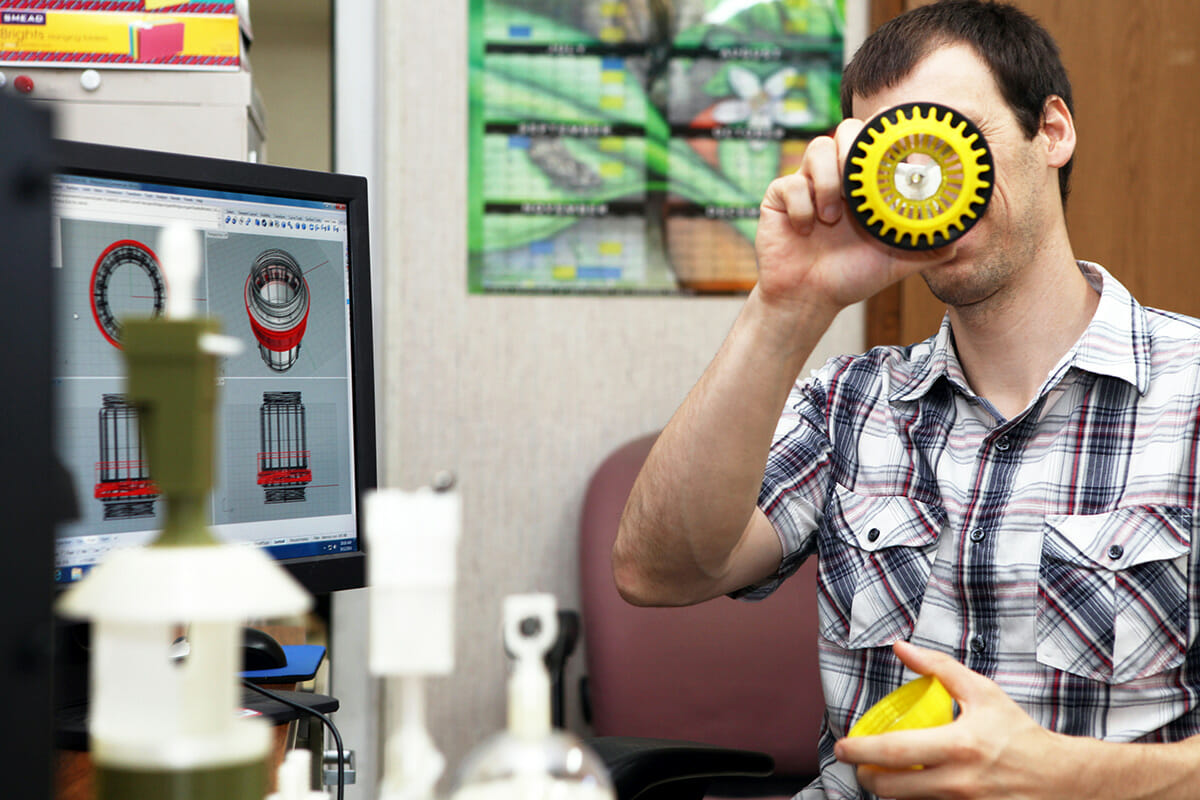 Farmers in the Sunshine State have seen their share of devastating pests. There’s the invasive Asian citrus psyllid (Diaphorina citri), a vector for bacteria that cause the infamous citrus greening disease, which is tearing through the state’s orange groves, costing Florida an estimated $4.5 billion in lost economic output and more than 8,000 jobs during just a five-year period. And if that weren’t bad enough, the potato/tomato psyllid (Bactericera cockerelli), so named for carrying a disease that ruins those crops and others, has been spotted on trucks transporting goods over Florida’s borders: an infestation waiting to happen.

To halt such an infestation, hundreds of state inspectors in Florida run trap lines to see what insects are being introduced into the state. The most common psyllid monitoring efforts use sticky traps made with a glue called “tanglefoot.” Sticky traps require frequent trips by inspectors to remove insects, and often the specimens are too damaged to do any meaningful molecular or genetic work.

“These printers allow us to design and create the traps right away. There’s less of a lag between an idea and when something is actually made,” says Tony Dickens, a technician at the FDACS. “And now we can try to make just about anything we can imagine.”

‘These printers allow us to design and create the traps right away. And now we can try to make just about anything we can imagine.’

Trevor Smith, FDACS scientist and head of the 3-D printing project, points out that sticky traps contain no preservative, which means you need constant collection to get useful molecular or genetic research information. The new 3-D printed traps seem to work better for disease monitoring because the insects can be recovered from a reservoir of preservative. This means researchers can more readily test for presence of the bacteria that cause citrus greening, zebra chip and leaf greening disease.

“Trapping and keeping the quality of the insect intact, such that you can isolate DNA and detect the pathogen, is super important,” says Judith Brown, a plant sciences professor at the University of Arizona. Brown conducts research on both the Asian citrus psyllid and the potato/tomato psyllid but is not involved with the 3-D printing project.

“You’d like to be able to have a very sensitive test to know exactly which psyllids are harboring that bacteria and where they are coming from,” she says. “If you wait until you start seeing symptoms in the plant, then it’s too late. They’ve already become infected.”

The hope is that these new traps will provide more targeted monitoring for psyllids, as they are also designed for the biology of the insect. Before the FDACS purchased the printer less than a year ago, the designs were quite simple ”“ for example, a cylinder with holes in the top and an awning to shade the holes. The team also worked with new designs as they made traps by hand, which required them to search various stores to find existing materials.

Now, once the trap is drawn on a computer, someone just hits print. The plastic is then placed layer-by-layer ”“ “like a hot glue gun,” Dickens says ”“ to make the pieces that will form the insect trap. The new designs include such features as fake branches that fool insects. As an insect climbs along the faux branches, it falls into one of the small holes on the trap and immediately enters a pool of preservatives. The 3-D printed traps also do not catch as many unwanted insects, so less time is spent on sorting the psyllids from the total haul.

“Once you know the target pest’s behavior, then you can tailor the trap to the insect,” Smith says. “It’s half art, half biology.” 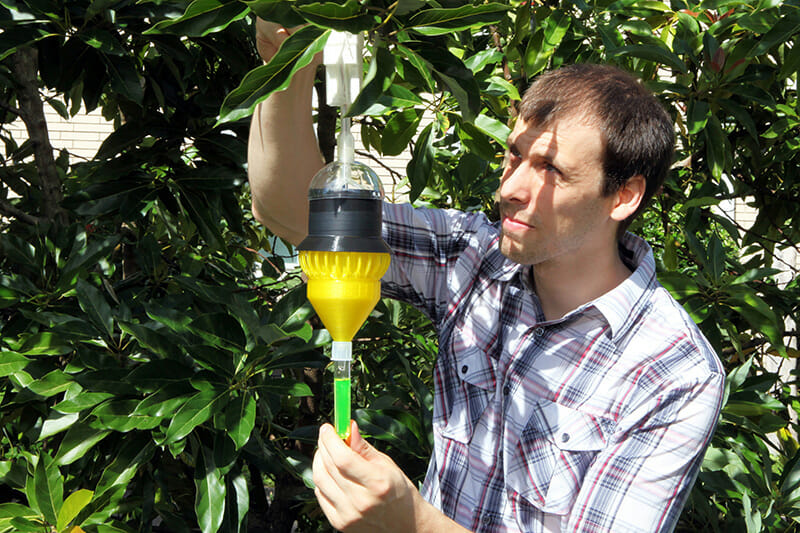 The USDA and state of Florida co-fund the project. Smith says the 3-D printer, software and materials for the traps are “surprisingly affordable.” The printer’s price was about $2300 and the traps cost $5 to $10 apiece to make. The growing research group ”“ currently a team of four ”“ plans to purchase a larger printer by the end of the year.

The top trap designs for psyllids are being tested in the lab and at the Florida Citrus Arboretum in Winter Haven, Florida. The pilot tests will help determine insect response. For example, the trap must attract the psyllid to enter, but then the insect must not be able to exit.

Shape, color, lights and chemicals can all be manipulated to attract insects. Right now, the traps are yellow, because the color seemed to work well as a psyllid attractant with sticky traps. The group is also experimenting with LED lights in the designs, using different colors and brightness. The psyllids have a tendency to crawl upwards from shade to sunlight, so light shining through the holes from inside the cylinder could help them fall into the trap. Other independent research groups are also examining possible chemical attractants for psyllids.

The results of the pilot tests will be available in a few months. Once the psyllid trap design is nailed down, the scientists hope to expand to other types of invasive insects and perhaps also partner with a major trap maker to produce their designs.

Psyllids may yet meet their match.