Why Is the USDA Buying Submachine Guns? - Modern Farmer
Lifestyle

Why Is the USDA Buying Submachine Guns?

It's unclear why the USDA needs submachine guns, but they want them. 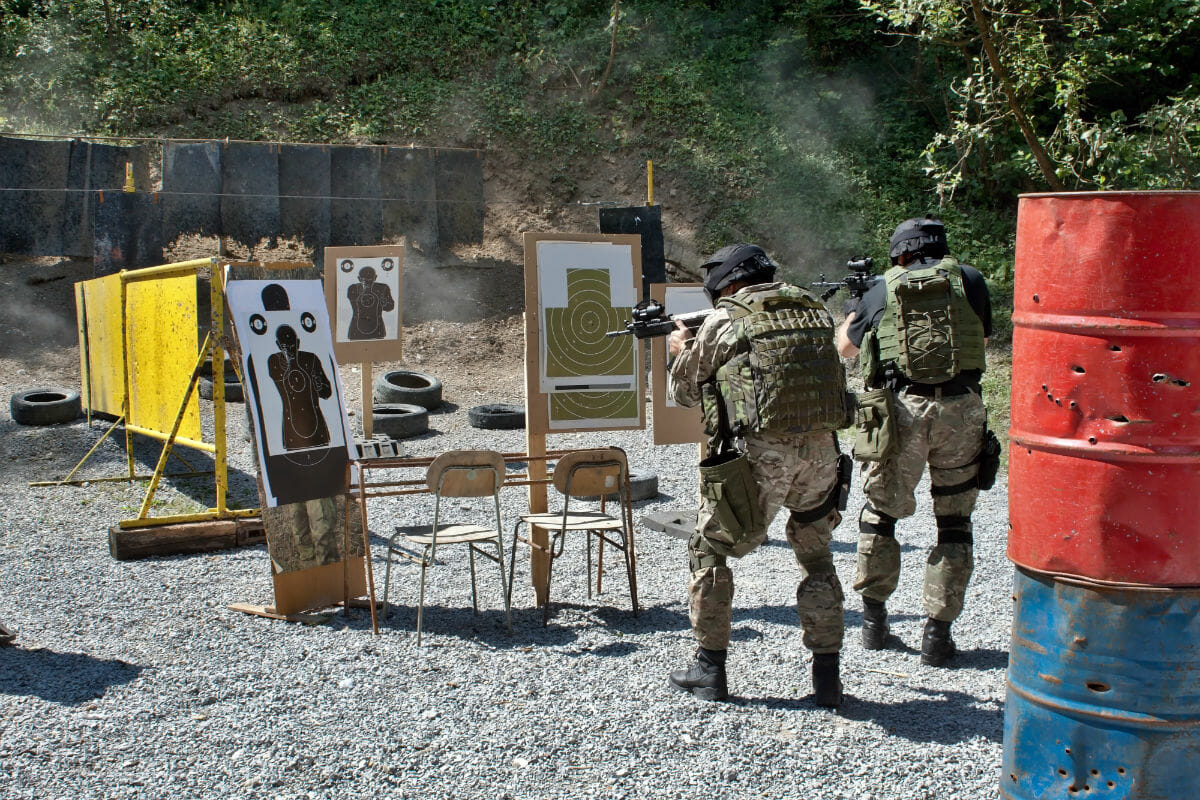 In May, the USDA’s Office of Inspector General filed a request for these weapons. But why exactly do they need them?

According to a USDA press rep, the guns are necessary for self-protection.

“OIG Special Agents regularly conduct undercover operations and surveillance. The types of investigations conducted by OIG Special Agents include criminal activities such as fraud in farm programs; significant thefts of Government property or funds; bribery and extortion; smuggling; and assaults and threats of violence against USDA employees engaged in their official duties,” wrote a USDA spokesperson.

Those seem like legitimate enforcement activities, but still: submachine guns? Not everyone believes the USDA being armed to the teeth is justifiable. On Aug. 2, the Farm to Consumer Legal Defense Fund launched a petition to support a bill that would curb the ability of agencies like the USDA to arm themselves. They see it as overkill and scare tactics, especially for smaller producers.

‘What we have seen happen, with the FDA especially, is they have come onto small farms, raw milk producers, and raided the heck out of them with armed agents present.’

“What we have seen happen, with the FDA especially, is they have come onto small farms, raw milk producers, and raided the heck out of them with armed agents present,” says Liz Reitzig, co-founder of the Farm Food Freedom Coalition. “Do we really want to have our federal regulatory agencies bring submachine guns onto these family farms with children?”

The Farm to Consumer Legal Defense Fund petition focuses on two now infamous blows to the raw milk community — the 2010 and 2011 raids on Rawsome Food Club in Venice, California. These raids were carried out by armed federal agents, from the FDA and other agencies.

The OIG’s Investigation Development bulletins show there have been three incidents in the last year that involved firearms and two in which USDA agents were verbally threatened. Still, most of their enforcement operations surround white-collar fraud of government programs, often involving SNAP programs. “If there is fraud in the SNAP program, look at how it is implemented and make changes in the entire program,” says Reitzig. “Don’t bring machine guns onto farms.”

The Farm to Consumer Legal Defense Fund are not the only ones interested in taking guns out of the hands of USDA agents. Utah Congressman Chris Stewart is the sponsor of the bill on the FTCLDF petition. “At its heart it comes down to this: To myself, and for a lot of Americans, there is great concern over regulator agencies with heavy handed capabilities,” Rep. Stewart told Modern Farmer.

His bill, H.R. 4934, hopes “to prohibit certain federal agencies from using or purchasing certain firearms, and for other purposes.” When asked about the USDA’s plan for submachine guns, he said, “I can’t envision a scenario where what they are doing would require that.”

Another concern is simply accountability. The request for submachine guns from the USDA doesn’t say how many guns — asking them seems like a non-starter. “They have been very unhelpful in trying to find out any information about this,” said Rep. Stewart. “We couldn’t get answers — it doesn’t seem right to me.”

However, he also cautioned: “We have never argued that federal regulators don’t need to protect themselves.” But if USDA investigations were perceived to be potentially violent he suggested, “They should do what the rest of us do, call the local sheriff.”