The Strange History of ‘Mad Honey’

A honey that gives you the spins -- so why we aren't stirring teaspoons of this potent gloop into our granola for a pleasant morning high? 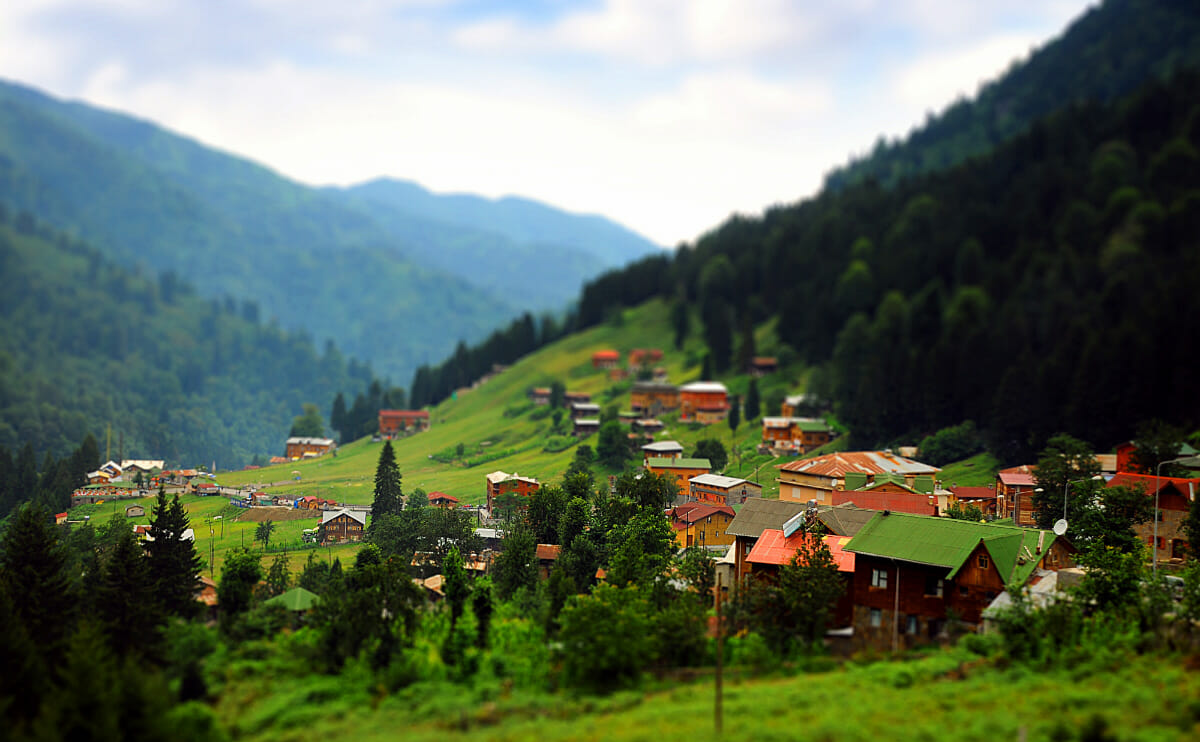 The dark, reddish, “mad honey,” known as deli bal in Turkey, contains an ingredient from rhododendron nectar called grayanotoxin — a natural neurotoxin that, even in small quantities, brings on light-headedness and sometimes, hallucinations. In the 1700s, the Black Sea region traded this potent produce with Europe, where the honey was infused with drinks to give boozers a greater high than alcohol could deliver.

When over-imbibed, however, the honey can cause low blood pressure and irregularities in the heartbeat that bring on nausea, numbness, blurred vision, fainting, potent hallucinations, seizures, and even death, in rare cases. Nowadays, cases of mad honey poisoning crop up every few years – oftentimes in travelers who have visited Turkey.

As the adventurous foodie might well ask, what’s the story behind this potent gloop, and why aren’t we all stirring teaspoons of it into our granola for a pleasant high?

Rhododendron flowers occur all over the world, and yet mad honey is most common in the region fringing the Black Sea — the biggest honey-producing region in Turkey.

“There are more than 700 different species [of rhododendron] in the world, but according to our knowledge just two or three include grayanotoxin in their nectars,” says Süleyman Türedi, a doctor at the Karadeniz Technical University School of Medicine in Trabzon, Turkey, who studies deli bal‘s effects and has witnessed more than 200 cases of mad honey poisoning.

In Turkey, not only do the poisonous rhododendrons abound, but the humid, mountainous slopes around the Black Sea provide the perfect habitat for these flowers to grow in monocrop-like swaths. When bees make honey in these fields, no other nectars get mixed in — and the result is deli bal, potent and pure.

Although the product makes up only a tiny percentage of the Black Sea’s honey production, it’s long held a strong Turkish following. “People believe that this honey is a kind of medicine,” Turedi says. “They use it to treat hypertension, diabetes mellitus and some different stomach diseases. And also, some people use deli bal to improve their sexual performance.”

The honey is taken in small amounts, sometimes boiled in milk, and consumed typically just before breakfast, he adds — not slathered on toast or stirred generously into tea the way normal honey would be. Its value to customers has given beekeepers an incentive to keep visiting those rhododendron fields and producing it alongside their normal honey products.

The honey is taken in small amounts, sometimes boiled in milk, and consumed typically just before breakfast.

Johnny Morris, a travel journalist from the United Kingdom, puts its Turkish predominance partly down to history, too. In 2003, for his popular travel column called ‘Grail Trail’, he went to taste mad honey in Trabzon, a Turkish city that’s backed by mountains and faces the Black Sea. “It’s got a long history in Turkey,” he says. “It was used as a weapon of mass destruction for invading armies.”

Indeed, in 67 B.C. Roman soldiers invaded the Black Sea region under General Pompey’s command, and those loyal to the reigning King Mithridates secretly lined the Romans’ path with enticing chunks of mad honeycomb. The unwitting army ate these with gusto, as the story goes. Driven into an intoxicated stupor by the hallucinogenic honey, many of the flailing soldiers became easy prey, and were slain.

This rich history, along with Turkey’s 18th Century trading tradition, seems to account for mad honey’s persistence in the present day — and the fact that it is purposefully harvested there. And yet, finding it still amounts to something of a treasure hunt.

In the province of Trabzon — which contains the city of the same name — mad honey is particularly entrenched: it’s where the Romans met their end thanks to the toxic honeycomb all those centuries ago. Yet, “We had to go searching for it quite a bit,” Morris says of his own quest to find deli bal. 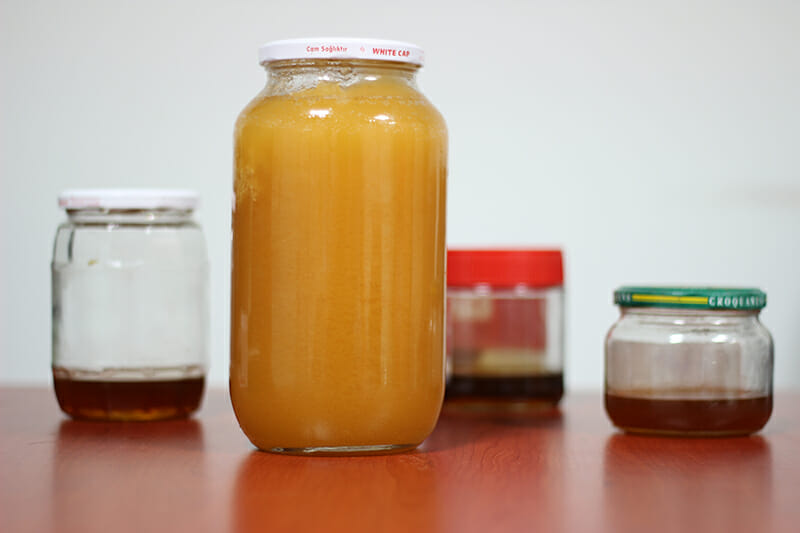 To get it, he went venturing into Trabzon’s mountains, enquiring along the way. Eventually, in Trabzon city’s older quarters, he found a place willing to let him in on the secret: a shop stocked with gear for the avid apiarist, and selling all types of honey. (Morris also bought a beekeeping outfit while he was there. Does he wear it? “Only for fancy dress parties,” he says.)

The large, frothy jar of deli bal itself — which the shopkeeper called rose-of-the-forest honey (orman komar bali) — was surreptitiously extracted from beneath the counter, amid warnings not to overconsume, Morris recalls. The honey he tried went to his head after just a teaspoonful — all he dared consume after learning about deli bal‘s legendary strength. “It did make me feel quite light-headed,” he says.

The honey’s potency seems to have turned it into a treat reserved for those in the know. “I think that the responsible shop keepers know they shouldn’t be selling it to strangers,” Morris says. “They are a bit wary of marketing it.”

Turedi explains that Turks in the region have the know-how to consume it responsibly. “Local people are able to distinguish mad honey from other honeys. It causes a sharp burning sensation in the throat and thus it’s also referred to as bitter honey,” he says.

‘Deli bal’ retains its numbing, head-spinning traits because it is untreated, unprocessed, and essentially pure.

Despite cautions about safety, the honey seemed only to be self-regulated when he was there, Morris says. Indeed, it’s legal in Turkey, says Turedi. “You can easily buy and sell it.” Vaughn Bryant, a pollen expert at the Texas A&M University, who studies pollen traces in honey, confirms that mad honey is easy enough to purchase from abroad via the Internet, too.

As a longtime honey researcher — dubbed a ‘honey detective‘ by some — Bryant’s fascination with mad honey stems more from the desire to analyze than eat. “I have been interested in finding out what really is in mad honey for many decades,” he says. “The problem was finding a real sample of it to examine.”

To dodge the $166 per pound online price tag, and to make sure he was getting the right stuff, Bryant got his deli bal from a Turkish friend who acquired the honey from hives in the middle of rhododendron fields. “One colleague did put a drop or two of it on his tongue and said that it had a numbing effect,” Bryant says. Now, he wants to chemically analyze the honey to learn more.

What is known is that deli bal retains its numbing, head-spinning traits because it is untreated, unprocessed, and essentially pure. Bearing this in mind, how should the eager, organic-obsessed foodie take it on?

“We know that if you eat more than one spoonful of honey including grayanotoxin, you are at risk of mad honey poisoning,” Turedi says. “In spring and summer, the honeys are fresh and may include more grayanotoxin than in other seasons.” If that doesn’t dissuade the adventurous foodie, then Turedi says to limit intake to less than a teaspoon, “and if you feel some symptoms associated with mad honey, you should get medical care as soon as possible.”

During his Turkish travels, Morris joked with an official from the tourist board that deli bal had an untapped market in adventurous eaters. “It’s got this hedonistic side to it as well,” he says – something the West certainly once appreciated. But that tapered off, most likely with the advent of cheaper alcohol and the import of drugs like cocaine in the 1800s, Bryant reasons.

For now, the dangerously sweet syrup will retain its old-world mystery, tucked away in shops that are difficult to find.

Until Joe Rogan found out

Excellent article regarding Mad Honey. I tried Mad Honey from Nepal. It is made by wild honey bees from pure rhododendron. If anyone is interested to try them out do pay them a visit at https://www.madhoney.net

It’s an remarkable piece of writing for all the
internet users; they will get benefit from it I am sure.

Do you know which species of rhododendron produce the mad honey effect? Great article