The Mead You Need

Get buzzed on honey wine. 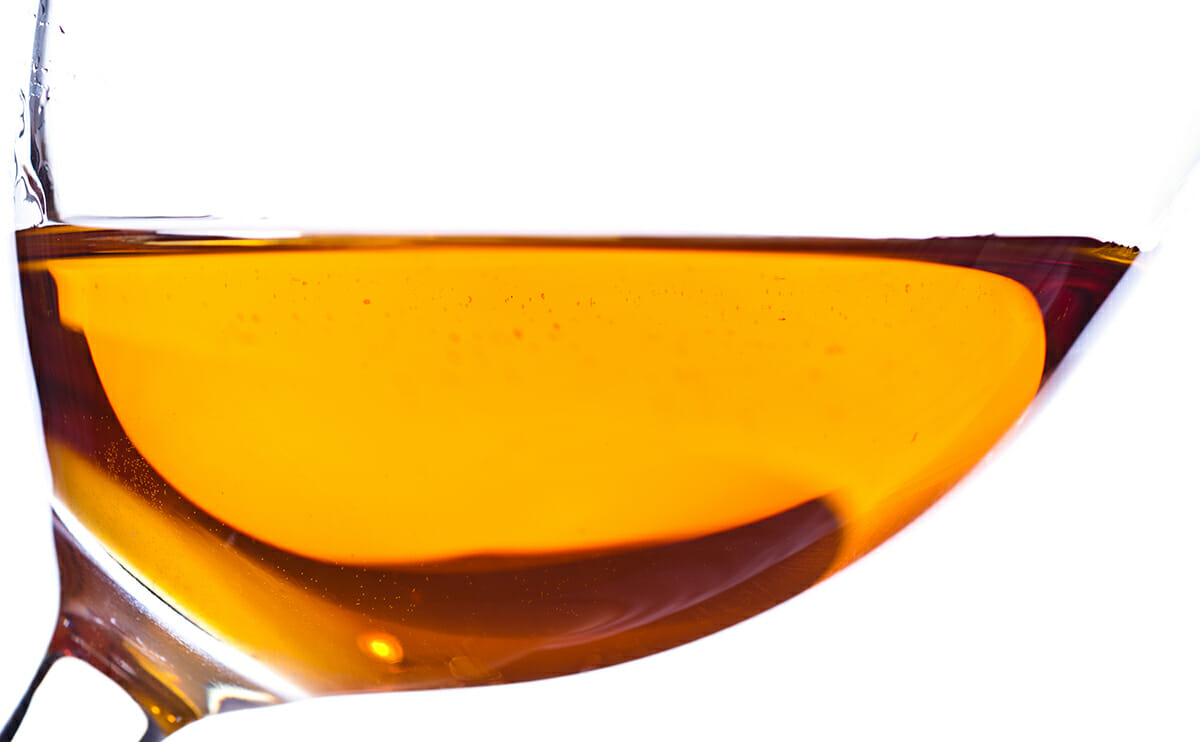 This is how the world got mead, according to University of Pennsylvania biomolecular archaeologist Dr. Patrick McGovern. The drink, he believes, predates even the 8,000-year-old cave painting of this honey liquor found near Valencia, Spain. He thinks that the first prehistoric mead was scavenged earlier, too, than the trace elements of honey wine discovered in shards of excavated Chinese pottery dating back to 7,000 B.C.

Often termed “the ancestor of all fermented drinks,” mead is the only fermented beverage that can emerge naturally from our surroundings. When regurgitated nectar from the gut of a bee mixes with water and yeast from the air, the creation of mead will inevitably occur. “Whatever continent you pick,” says McGovern, “if there were beehives, I think they would have all discovered how to make mead.”

This bottle of Utopian mead is made by New Hampshire’s Moonlight Meadery. Michael Fairbrother, the company’s founder, describes its taste as oaky, like the barrels it is aged in.

Its popularity waned in the last century, but like many craft beverages, mead is making a comeback. Meaderies and mead festivals and competitions are popping up everywhere from the Pacific Northwest to Scandinavia. The best meaderies, according to Portland-based brewer Ari Moss, are Moonlight Meadery in New Hampshire and Dansk MjØd in Denmark.

“We’re growing by leaps and bounds.” says Chris Webber, founder and president of the American Mead Makers Association. “We pick up a lot of the millennials because they want to try new stuff.”

This younger generation is intrigued by the newness of mead as well as its quality and the range of flavors. This, in part, is why the mead industry has grown so much in recent years, says Michael Fairbrother, owner and founder of New Hampshire’s Moonlight Meadery, one of the fastest growing meaderies in the world. “The fact that [the millennials] can be the first to tell their friends about it,” says Fairbrother, “is another huge win for them.” With over 10,000 mead enthusiasts coming through his tasting room just last year alone, the key to success for Fairbrother has been both word-of-mouth marketing as well as simply getting people to taste his product. Like wine, mead can be sparkling or still, dry or sweet, and it has a varying alcohol content depending upon the quantity of honey that is used in its production.

Mead is the only fermented drink that can emerge naturally from our surroundings.

Much of mead’s flavor, however, comes from the honey itself, which presents a unique terrior nuanced by whatever plants the bees choose to pollinate. Buckwheat honey, for instance, is noted for its “barnyard” flavor, while orange blossom honey gives mead lemony notes.

“The range of possible flavor found in honey is endless,” says Geoff Lukas, Chef de Cuisine at Sofra Bakery in Cambridge, Massachusetts. “In having these microbes ingest some of the sugar, I think it brings out more of the complexity,” he says.

Not everyone is so taken with the new meads. Moss, for one, thinks that in the fast-paced world of today, brewers lack the time to experiment with ways to enhance the fermentation process. “My favorite meads,” says Moss, “are the ones where I added all of those things semi-accidentally and semi-part of the recipe.”

And Australian mead enthusiast Jeremy Engle longs to recreate a genuine mead of the past. “These days, they don’t do it right – the way it should be done,” says Engle.

Still, when Engle drinks mead, the words just come pouring out of him. “Other alcohols open you up from different places,” says Engle, “but mead opens you up from the heart. It brings people together.”