The overnight popularity of some amazing fluffy cows, and the man behind it. 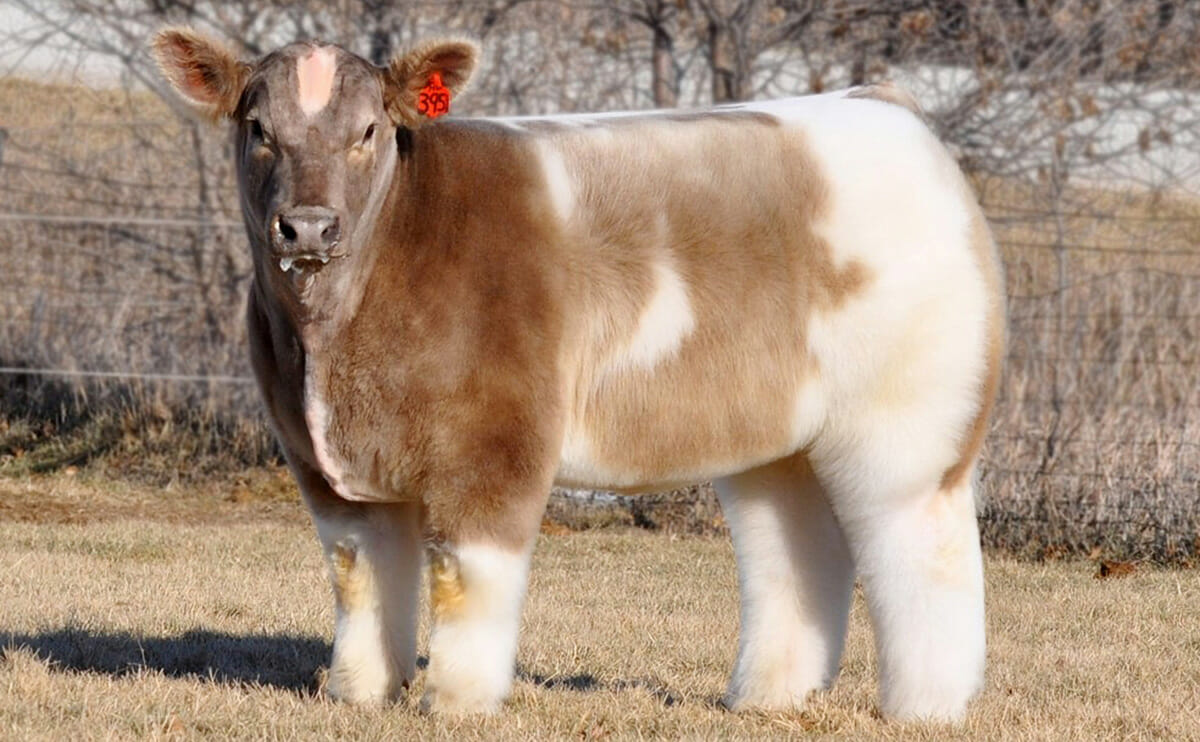 When it comes to bovines, the headline-grabbers are usually along the lines of “pink slime” or “mad cow”. But show cattle? It’s one subset of farming that rarely makes it beyond 4H and county fairs. And, yet, with one Reddit post, “fluffy cows” became an Internet sensation virtually overnight.

It “seemed like I would wake up every morning in June of 2013 and a new story was posted about ‘fluffy cows’ online,” says Lautner of Matt Lautner Cattle in Adel, Iowa, remembering the animals’ fast and furious rise to fame.

Lautner is a farmer in a family of farmers: His dad owns Lautner Farms, and Matt says he hopes his own daughter will one day follow in his footsteps.

‘Seemed like I would wake up every morning in June of 2013 and a new story was posted about ‘fluffy cows’ online.’

And while he might be most comfortable around livestock, Lautner was no stranger to online marketing pre “fluffy cow” era, having started his own successful website and blog, Matt Lautner Cattle, in April 2008. Even with some blogging under his belt, Lautner called the spike in attention from non-agriculture types “eye-opening” and said it was fun to see them get excited about show cattle.

Indeed the post moved beyond Reddit as TheAtlantic.com, BuzzFeed.com, and Today.com were among the outlets that picked up and expanded on the original post. Even celebrity blogger Perez Hilton got in on the action, writing “Fluffy Cows are the Cutest Things EVER!!” in a post that featured a photo and a description of the beasts.

Perhaps the attention of Hollywood is not as bizarre as it first seems. After all these animals (usually bulls or steers) have beauty routines rivaling that of a preened Pekinese or starlet. After a meticulous hours-long grooming process that usually includes washing, clipping, blow-drying, plus application of hairspray or oil, the show cattle look more stuffed animal than farm animal.

These animals, however, are ultimately for breeding and eating and not hugging and petting, a distinction that would be easy to miss if all the public ever saw were the gussied-up show photos. This potential perception problem was one that Lautner recognized and tried to control when he launched Fluffy Cows on Facebook in the month after the Reddit post appeared. His page now has 48,000-plus followers from the United States and across the world, including Australia, Canada, Italy and various countries in South America.

Agricultural journalist Andy Vance of The Angle by Andy Vance called Lautner a “bovine marketing genius” in a piece about his and the animals’ moment in the sun, and Lautner has certainly capitalized on his 15 minutes of fame. Among the many informational posts Lautner has since published on his own website and Facebook is an infographic that highlights cuts of beef. 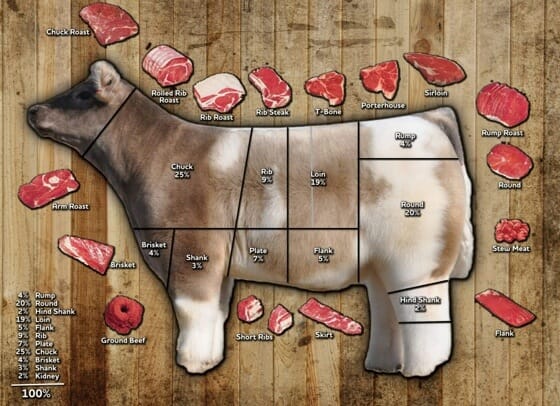 The image stars the animal that started it all, the Texas Tornado. With parts of the fluffy bull labeled chuck, brisket, shank and so on – and the corresponding supermarket-ready cuts hovering nearby – it’s clear what “fluffy cows” are all about, and it’s not just an elaborate beauty routine or hug-ability.

Lautner says his infographic garnered 400,000 views on the social media platform, a feat that would have been all but impossible without that initial online hubbub. The cattleman also maintains an active social presence on Twitter under the handles @fluffycowzz and @mattlautner. Most of his blog posts are aimed at those already interested in the industry (“Breed Lautner Sired Steer Breaks Sale Record At Colorado State Fair @ $59,000 For Vickland Family”), but they come alongside plenty of images similar to the one that started it all that fateful day in June.

Overall, Lautner likes the attention he and his animals have received. And while the publicity, “couldn’t have [been] planned for or controlled once the horse got out of the barn,” he says he wouldn’t do anything differently if it happened again.