The Hardest Working Dogs on the Internet

It used to be the only way to make a living as a dog was herding sheep. But now dogs can get famous just by going viral on the Internet. 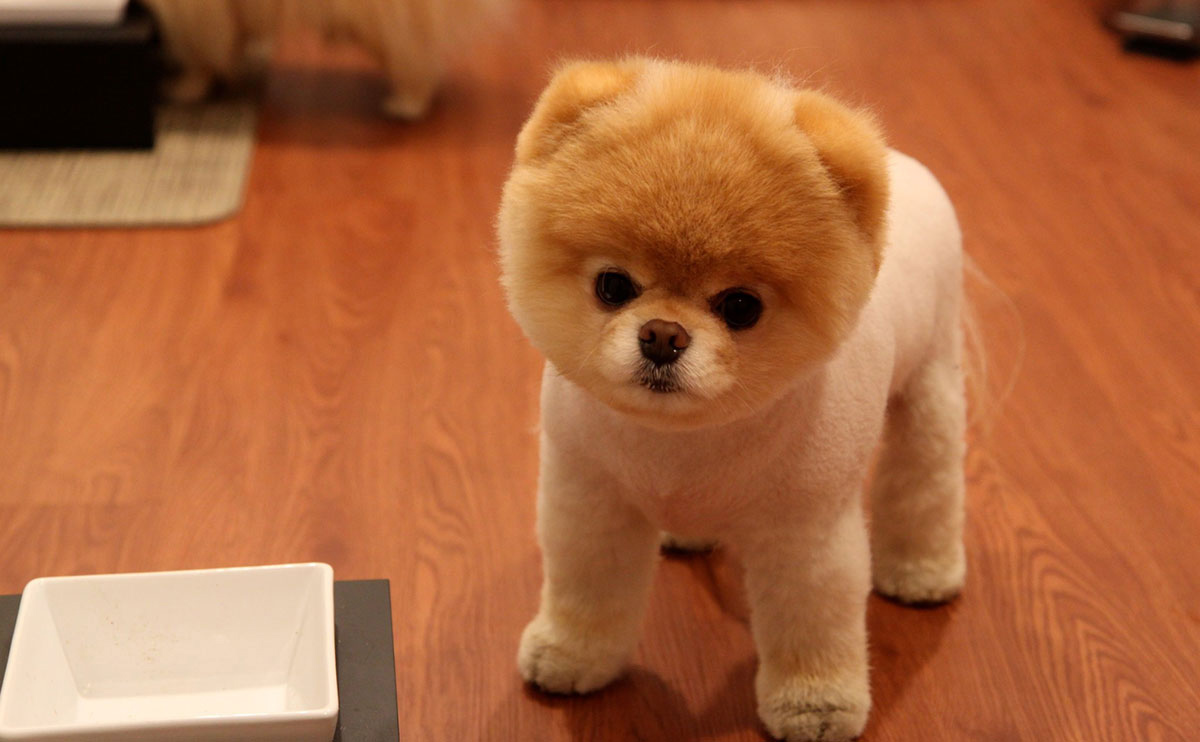 The first working dogs performed the types of jobs most commonly associated with the term, such as herding and hunting. The second wave of working dogs began with Rin Tin Tin, a German shepherd rescued from a World War I battlefield who became a silent film star in the 1920s; two of his offspring even found cushy homes with Greta Garbo and Jean Harlow. In 1943, Lassie, the iconic rough collie, was immortalized in the MGM Technicolor film “Lassie Come Home,” the first in a series of seven starring canine actor, Pal. This, of course, led to the famous 1954 television series, which ran for nineteen years and 700 episodes and was followed by countless other dog media to satisfy demand — Benji, Skip, Beethoven, Shiloh, and a whole pack of other canine celebrities. But these talented dogs were mere precursors to a third wave of lazier pups: Internet celebrities, who need only rely on their looks and social media-savvy humans for success.

Early Internet dogs achieved minor fame with candid shots on sites like Cute Overload, or videos on YouTube. Naturally the most popular posts featured playful (or sleepy) puppies and could receive millions of views — this video of a Welsh Corgi simply titled “Cute Puppy” has more than nine million — but even the sweetest pups failed to establish their own brands, so to speak.

On May 7, 2009, a Facebook employee created an account for her pet Pomeranian, Boo, and his popularity exploded about one year later when celebrities like Ke$ha began linking to his page. Today, Boo has more than 13 million Facebook fans, two picture books, a Gund stuffed animal, and is the ‘official pet liaison’ of Virgin America.

Then came Boo. Or, as he is perhaps better known, the “The World’s Cutest Dog.” On May 7, 2009, a Facebook employee created an account for her pet Pomeranian, Boo, and his popularity exploded about one year later when celebrities like Ke$ha began linking to his page. Today, Boo has more than 13 million Facebook fans, two picture books, a Gund stuffed animal, and is the “official pet liaison” of Virgin America. Other dogs have found similar success — though not quite Boo-caliber — on platforms like Instagram, which allow the average pet owner to reach larger audiences than they might otherwise.

Much attention has been paid to the war between cats and dogs for Internet dominance. According to Google data, dogs have consistently generated more search interest than cats since 2005. However, cats have a stronger association with Internet success, thanks to their frequent use in memes. One of the Internet’s first profitable memes was lolcats, or “I can haz cheeseburger,” which originated on 4chan and was co-opted into a website in 2007. At its peak, the lolcats site received around 1.5 million hits per day and was acquired for two million dollars. Since then, the feline web presence has increased drastically. Keyboard Cat became a posthumous Internet star around 2009, while the cardboard box-loving Scottish fold, Maru, has two books and two DVDs. In 2013, Grumpy Cat landed the cover of New York magazine’s “Boom Brands” issue, which estimated his worth at one million dollars. In general, cat photos receive 2.3 times more shares than dog photos on social media, according to data from Klooff, a pet-centric photo-sharing app.

“I think people just like to say cats are more popular online because they represent this laziness and cuteness and weirdness, which is sometimes a good way of summarizing the Internet,” says Matt Bellassai, Senior Editor on the Buzzfeed Animals team. When publishing posts, cat owners do tend to rely more on the type of quirky Internet humor that goes viral (see: cat breading, started as a joke by writer Adrian Chen, or cat beards), but dogs are tough to beat if you look purely at numbers. “My top Animals posts are all about dogs,” says Bellassai, whose top story for Buzzfeed Animals is “33 Dogs That Cannot Even Handle It Right Now” with more than 6.3 million views. “Dogs tend to show a wider range of emotions than cats, so there’s more opportunity to relate to them, which is what ultimately makes for viral success.” While lolcats had their time in the sun, one of the biggest memes of last year was “doge,” which featured a Shiba Inu with her thoughts and feelings written in Comic Sans.

If you’re hoping to put your dog on the Internet, some breeds will do better than others. The dapper Menswear Dog is one of many Shiba Inus that have a dedicated fanbase. Corgis and pugs are also among the most popular Internet dogs, according to Bellassai, but the key to Internet fame is simple emoting.

“Dogs can be sassy and excited and energetic, or they can be lazy and sad and unmotivated, and people will relate,” he says. Which means many actual working farm dogs ”“ say, a stoic and focused Australian cattle dog ”“ may never be an Internet star.

But fame (especially on the Internet) is fleeting, and there’s always some new meme or new animal waiting in the wings to steal your thunder (we’re looking at you, goats). Even Boo, “The World’s Cutest Dog,” looks happier prancing around his backyard than at his own book party. The allure of Internet fame is obvious, but if we had to choose what kind of dog to be, we think that we’d still prefer the fresh air, exercise and a clear sense of purpose in the life of your average farm dog over being an Internet canine celebrity ”“ no matter how many likes your pics got on Instagram.