Why the Farmer’s Almanac Isn’t Used By Farmers (Anymore)

And it hasn't been for some time. 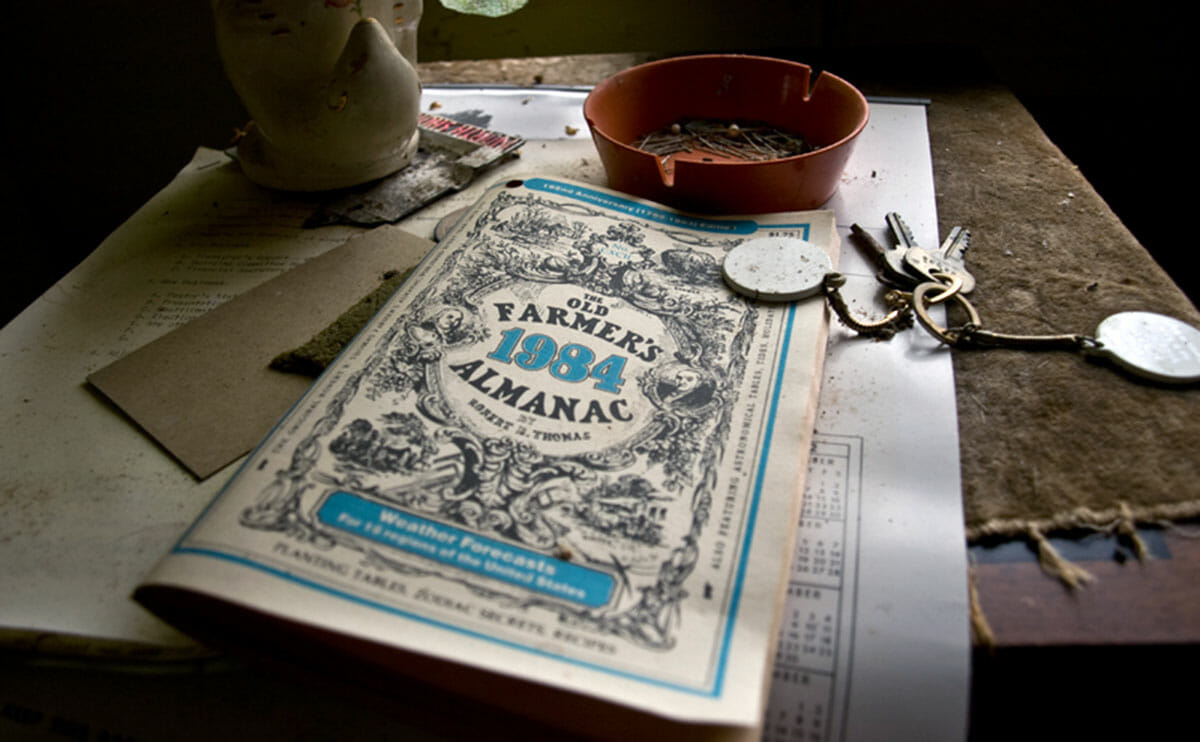 News of a rain-soaked summer might raise alarms for some farmers – especially those in New York’s Hudson Valley – if, of course, farmers still used the “Farmer’s Almanac” for weather predictions.

“I can’t speak for everyone, but my husband is a farmer and we have never used it,” says Lindsay Lusher Shute, executive director of the National Young Farmer’s Coalition.

Shute and her husband, Ben, who run a 70-acre vegetable farm in Clermont, New York, mostly rely on forecasts from the National Weather Service, Weather Underground, and their own personal weather station (when it’s working). And even if the almanac’s long-term projections were dead-on, Shute says there’s not much they could do otherwise. “We’re more concerned with what’s happening around Clermont, more so than any general area or forecast.” They’d rather focus on Doppler radar readouts – looking for rain coming off the Catskills – than general climate predictions.

‘I can’t speak for everyone, but my husband is a farmer and we have never used it.’

Two years ago, NPR examined the accuracy of the “Old Farmers Almanac” and, citing a study by Penn State meteorologist Paul Knight, found that it just wasn’t up to snuff. “It’s just not possible to do that consistently,” he told NPR.

Although both almanacs see continued popularity – the NPR story chalked this up to confirmation bias on par with horoscopes – Art DeGaetano, a professor at Cornell’s College of Agriculture and Life Sciences and director of NOAA’s Northeast Regional Climate Center, says the two haven’t been used in decades.

What’s more, even with modern advances in weather modeling and prediction, long-term forecasting is still too general to be any use to farmers. “Especially in the northeastern United States, it’s pretty difficult to forecast seasons out in advance,” he says. While forecasters have more success with the Gulf Coast, California, and even parts of the Ohio Valley, “to be able to predict what will happen on any one day, or critical periods for agriculture is pretty tough,” he says.

NPR examined the accuracy of the ‘Old Farmers Almanac’ and, citing a study by Penn State meteorologist Paul Knight, found that it just wasn’t up to snuff.

That’s not to say the “Farmer’s Almanac” was never intended for farmers. Before the era of modern weather forecasting, it was the best resource for farmers in keeping abreast of seasonal weather shifts, planting times, and other general agriculture reference points.

And in the end, it’s not like the almanac is spouting gouts of weather misinformation – if such a thing could even be harmful – they’re just playing the odds. Take the “Farmer’s Almanac’s” widely publicized prediction that a snowstorm would hit the Super Bowl. “If you look at that weekend in February, that’s a pretty good bet no matter what,” says DeGaetano. “When you say there’s going to be a snowstorm in the first week of February, you’re going to be right more often than you’re wrong.”

Yes, this summer will be hot, and it will be humid and it will rain. To the extent that it will be wet and hot, well, farmers will just have to deal with it just like anyone else: One day at a time.

And the accuracy rate for my Modern Farmer Weekly Newsletter is…?